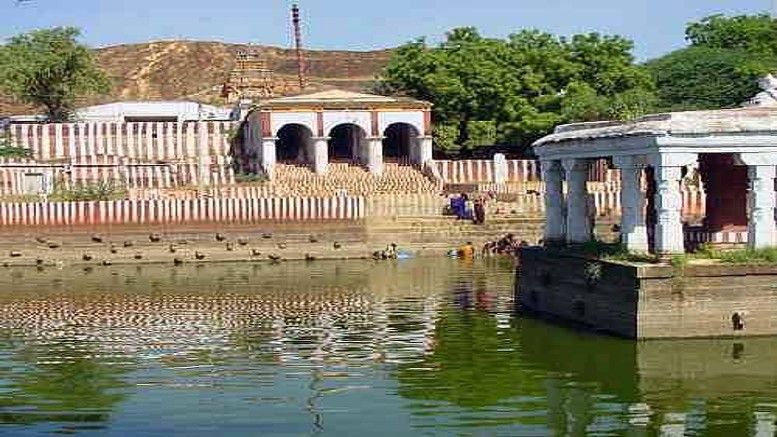 A HRCE official has been accused of giving away temple land to Christians to build a church. The official was accused of the same and the court found him guilty of dereliction of duty in 2009. Yet the officer was again appointed in the same temple.

Veluchamy, the Executive Officer of Vallioor Murugan temple was transferred in 2009 after allegations of him giving up temple land to Christians were found to be true. The particular land in question was donated by a devotee, Meenakshi Ammal, in 1919. One Jebamani, a Christian, later bought it from her descendants. However properties, once donated through proper protocol to temples, cannot be sold to anyone.

However Jebamani and his son Veda Singh protested that the land belonged to them and went to court demanding that they be declared as hereditary trustees. However the court ruled that a Christian cannot be appointed as trustee of a Hindu temple. It also criticized EO Veluchamy observing, “Veluchamy had given No Objection Certificate to the concerned persons(the Christians) allowing them to become the trustees, and has not acted in accordance with the responsibility his position demands“. The property was recovered after the court ruling.

After the court explicitly criticized Veluchamy for dereliction of duty he was transferred from Vallioor temple. Recently Veluchamy had applied for transfer to Vallioor temple and allegedly his connections in DMK helped him with it. He was again appointed as the EO of the Murugan temple, despite the fact that he was transferred out of there for dereliction of duty and corruption. What was more, the honest EO of the temple who had fought hard against the encroachment of temple properties was transferred to appoint the corrupt officer Veluchamy.

As soon as he was transferred, Veluchamy gave a written statement that a 7 cent land parcel doesn’t belong to the temple. Lilly, daughter of one Innasi Muthu, had encroached the land. Veluchamy’s predecessor had fought against this and took legal proceedings to retrieve the land. A church was being built on the disputed land, adjacent to the temple. Hindu organisations had protested against the encroachment and construction of the church and had successfully stayed it.

However Veluchamy’s recent statement declaring that the land doesn’t belong to the temple had encouraged Christians to resume the construction. Appavu from DMK, the speaker of TN assembly is said to be behind all this. Fortunately Hindu organisations vehemently opposed the appointment of Veluchamy and giving up temple land to Christians. Their efforts have paid off as Veluchamy has again been transferred from Vallioor Murugan temple.

The brazen actions of HRCE officials with the aid of DMK politicians has been exposed through this incident. Even though it is a victory in this particular case, how many temple properties are given up like this, we do not know. Earlier a Christian priest, George Ponnaiah had said that DMK’s electoral victory is alms given by the Christian community. Perhaps DMK politicians are returning the favour through actions like this.