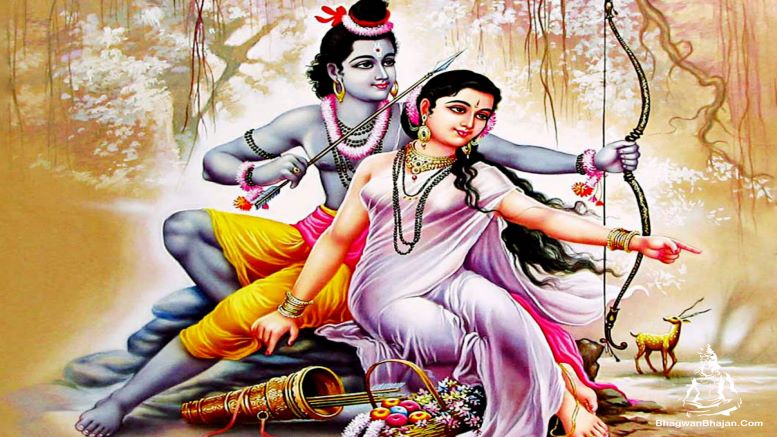 Prabhu Sri Ram has been idolized by Bharatiyas for several centuries and every Hindu king wished to emulate Him. Bhagwan Ram is known as Maryada Purshottam meaning the best of men who perfected righteousness. An ideal son, brother, husband, king – He was all this and more. It is not for nothing that his rule is known as Ram Rajya and he is presented as an ideal for Hindus to emulate.

Prabhu Ram as a son and brother

Be it father-son, mother-son, brothers, husband-wife, friends, Guru-shishya, Bhagwan-bhakt, or even that of enemies; there is no shade of relationship that remains untouched by Ram’s life story. Prabhu Ram who has grown up in the luxuries of the royal palace doesn’t even think twice before donning the robes of a sanyasi and giving up the throne in favor of his brother only because his mother (albeit stepmother) asked him to do so.

Even as Raja Dashrath was heartbroken while asking Ram to leave the throne and head to the forest for 14 long years, Prabhu accepted his father’s command gracefully. Yet another proof of why he is said to be an ideal son is seen when he approaches his step-mother Kaikeyi to take her leave before heading vanvas even though it was due to her that Raja Dashrath had asked Prabhu Ram to leave.

He had no malice for Kaikeyi and instead accepted her command as cosmic will shows how Prabhu Ram stood for righteousness. The bond between the four brothers is equally worth emulating. Lakshman’s service to Ram and Sita in the forest and Bharat leading the life of a mendicant till his brother’s return are both indicative of the bond shared by the brothers.

It must be mentioned that with Ram and Lakshman away for 14 years and Bharat dwelling as an exile in the outskirts of Ayodhya, it was Shatrughan who attended to the affairs of the kingdom and attended to the problems of the citizens. His role in managing the administrative affairs of the kingdom hardly gets mentioned but he shares an equally beautiful brotherly bond.

Prabhu Ram as a friend and Bhagwan

Just like an ideal brother and son, Bhagwan Ram is also an ideal friend. He treats Sugreev as a friend and ensures that Sugreev returns to Kishkinda as king. Similarly, after having killed Ravan Bhagwan Ram crowns Vibhishan as the ruler of Lanka.

There can be no better example of the Bhagwan-bhakt relationship than that between Prabhu Sri Ram and Hanuman. It is said that after Prabhu Ram’s coronation, Mata Sita presented a diamond necklace to Hanuman. Hanuman, however, broke the necklace into pieces and upon inquiry said that since it didn’t carry the image of Bhagwan Ram, it was totally worthless for him.

The story then goes that he was asked by the people as to whether he had Prabhu Ram’s image in response to which Hanuman is believed to have torn his chest and in his heart, the people saw the image of Prabhu Ram and Mata Sita. Such was his devotion towards his Bhagwan that he often risked his life in their service.

Prabhu Ram as a husband

The role of Prabhu Sri Ram as a husband is not just overlooked but even subject to criticism. The critics conveniently overlook the hardships Prabhu Ram put up after his separation from Mata Sita. He remained a devoted husband all through his life, right from the day he married Devi Sita and took the vow of ekapatni (committed to Sita all His life and take no other wife) to leading life as a mendicant after Mata Sita’s exile to the forest.

All through his life, Bhagwan Ram walked the path of Dharma. Even though he was an avatar of Sri Hari Vishnu, Prabhu Ram led the life of an ordinary mortal. His life was meant to be a guide for humans and one can learn how to conduct oneself when faced with adversities.

The word Ram isn’t just a name nor is Jai Sri Ram just an expression, these represent the collective conscience of Bharatvarsh and Hindus. Ram is a great unifier of Hindus throughout the length and breadth of Bharat. May Prabhu Sri Ram and Mata Sita bless Bharatvarsh and Bhagwan Hanuman protect us in these trying times. Jai Siya Ram!