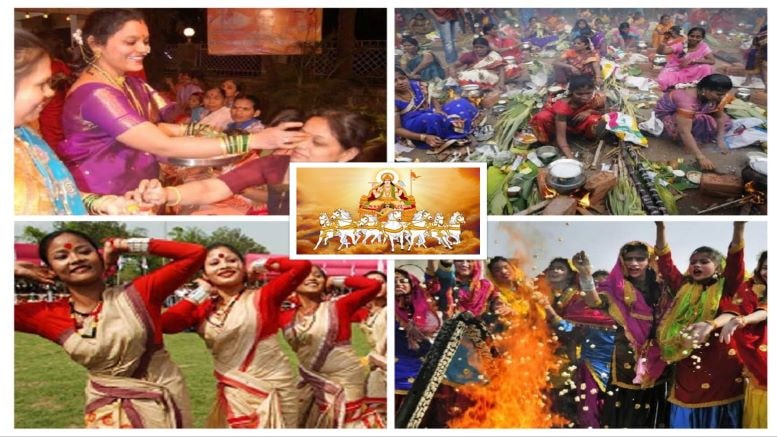 The Hindu festival of Makar Sankranti, dedicated to Surya Bhagwan, is a celebration of a new harvest season and marks the beginning of the sun’s northward journey (Uttarayan). It is on this day that Surya Bhagwan enters the Makar (Capricorn) rashi (zodiac).

There are twelve Sankrantis in a year associated with each of the 12 rashis. Of these 12, two namely Makar (Capricorn) and Kark (Cancer) are Ayan Sankrantis when the sun changes the course of its movement. Kark Sankranti is also known as Dakshinayan (sun moves into the southern hemisphere) and Makar Sankranti is called Uttarayan.

Ayan or ayanam is a Sanskrit word meaning journey and Uttar means north, therefore Uttarayan means journey of the sun in the northward direction, in other words into the northern hemisphere. This signals the end of the winter season. Makar Sankranti is known by various names in different parts of the country such as Lohri, Pongal, Bhogali Bihu, Paush Parva and Uttarayan.

It is a time to express gratitude to Surya Bhagwan for the abundance provided by him. In Hindu Dharma, Surya Dev is worshipped as a nourisher of all living beings. Apart from Surya Dev, prayers are also offered to Bhagwan Sri Hari Vishnu and Devi Lakshmi. It is considered auspicious to bathe in the sacred rivers on this occasion. Hence, it is customary for people to take a dip at holy pilgrimage sites in rivers Yamuna, Godavari, Krishna, and Ganga.

The legend associated with Makar Sankranti says that Sankranti is a deity who slayed an asur called Sankasur while the asur named Kinkasur was slayed by Devi the next day. Hence, Sankranti and Karidin or Kinkranti are celebrated in their honor. The festivities are held for two to four days in different parts of the country.

People of Punjab and Haryana celebrate Lohri a day before Sankranti. They lit bonfires at night and offer til and puffed rice while offering prayers to the bonfire asking for abundance and prosperity. In Uttar Pradesh and Bihar, it is a festival of Khichdi when devotees observe a fast and later eat and offer Khichdi.

Khichdi Mela (fair) is organized at Gorakhpur’s Gorakhdham. The month-long Magh fair in Prayagraj at the confluence of the Ganga, Yamuna and Sarasvati rivers commences on the day of Makar Sankranti. Similarly, the Gangasagar Mela is held in West Bengal on the occasion of Makar Sankranti every year when thousands of devotees visit Gangasagar for a holy dip where the Hoogly (Ganga) River meets the Bay of Bengal.

In Gujarat Kite festival is organized on the occasion of Uttarayan. In Maharashtra and Goa, it is customary to make til-gul (til and jaggery sweet item) and women hold haldi-kumkum programs. It is also an occasion to make puran poli (jaggery stuffed flat bread). Like in Tamil Nadu, in Maharashtra as well it is a three-day celebration – first day is known as bhogi, second is the day of Sankranti and the third day is Kinkrant.

It is known as Makar Sankranti in Odisha, Karnataka, Ghughuti in Uttarakhand and Pedda Pandunga in the Telugu-speaking states of Andhra Pradesh and Telangana. In Tamil Nadu, the festival is also known as Pongal and is celebrated for three days with the first day being bhogi, second is the Sankranti or Pongal day and the third day is known as mattu Pongal when cattle is worshipped. It is on the day of mattu Pongal that the popular jallikattu (bull taming) sporting event is held.

By whatever name one may call it, Makar Sankranti is a time to thank Suryadev for all that he blesses us with throughout the year.