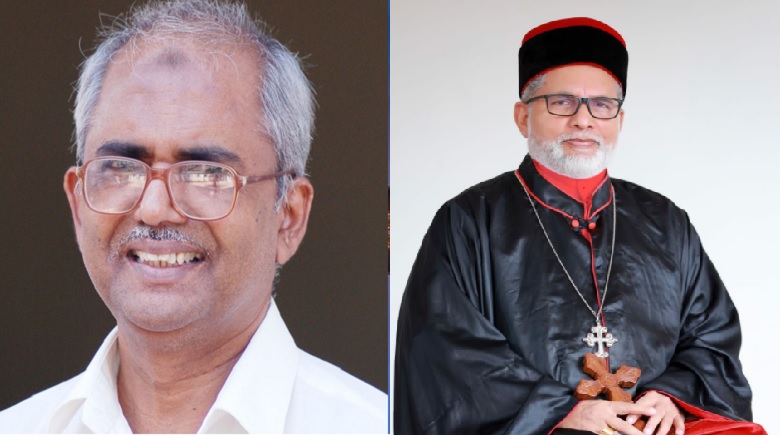 Islamist propagandist O Abdulla who masquerades as a journalist in Kerala claimed that it is the ‘Christian crusaders’ who are running drugs and attempting to tempt the youth. He alleged that those crusades that began many centuries back still continue and many African nations are now fully converted to Christianity.

He said North-eastern states such as Mizoram, Meghalaya and Nagaland have been fully converted. Those Christian converts now want a separate constitution and even have separate flags, he alleged.

He further said that this did not happen all over Bharat only because the RSS and Hindus woke up and intervened. The RSS had an aim, is disciplined and is the biggest social organization spread all over Bharat, Abdulla said.

To emphasize the point, he provided two examples.

He said that following the Marad Massacre, the RSS could have easily looted and destroyed the city of Kozhikode but refrained from doing so. He claimed that the RSS knows that most businesses in Kozhikode are owned by Muslim traders. The circumstances were perfect to turn it into a civil war but it did not since the RSS showed maturity. Abdulla added that back then the RSS held back, but it was not out of fear.

Incidentally, the first of the infamous Marad riots happened on the 3rd and 4th of January 2002 and 3 Muslims and 2 Hindus lost their lives. The second one happened on the 2nd of May 2003 and was vengeance for the first riot. Around 90 Muslims armed with swords, knives and other weapons that were stored in a mosque, went on a rampage. 9 innocent lives were lost that day, 8 of them were Hindus. 16 Hindus including 2 women were also seriously injured that day.

Back then, Hindus just did not retaliate and the administration and the opposition blatantly sided with the conspirators. No action has been initiated against any of the main conspirators till today even though there was evidence that local Muslim fundamentalists were backed by external forces (ISI).

Abdulla said he also fully backed Mohan Bhagwat’s recent statement that ‘anyone who suggests that Muslims should leave Bharat is not Hindu’. He added that ‘no major communal flare-ups’ have happened in Bharat since Narendra Modi came to power, 7 years ago.

When the likes of Abdulla start handing out certificates of communal harmony, our antennae should go up. In Bharat and elsewhere, it is not Muslims who fear communal violence by Hindus, but vice versa. And there has been no let up in the relentless targeting of Hindu festival processions by Islamist mobs, or in the grooming and rape jihad unleashed on Hindu girls, or in the lynchings of Hindus carried out over the flimsiest of issues.

As for the claim of ‘no major communal violence’, the anti-CAA violence culminating in anti-Hindu Delhi riots last year, and the anti-Hindu WB post-poll pogrom this year lay bare Abdulla’s Islamist propaganda.

Last month, Abdulla rejoiced and sang praises of the Taliban and welcomed their appearance in Kabul. He tried to whitewash their atrocities against women by countering that rapes happen in Bharat too!

Abdulla is one of the most prominent Islamist fundamentalists in Kerala today. He follows Islamic law and wants it implemented all over Bharat. He spews hatred against all non-Muslims, changing tact as per circumstance – also known as al-taqiyya.

Right now, his tirade against the Christians comes when Islamists under the banner of the PFI are busy trying to stifle the voices of resistance emanating from churches all over Kerala against grooming and narcotic jihad. Both drug runners and gold smugglers are usually from a particular community, and they are always on the look-out for Hindu or Christian targets.

The Pala Bishop Joseph Kallarangatt recently warned his congregation that Islamists are targeting young non-Muslim women with drugs. They are plied with drugs and once unconscious, they are raped and the naked girls photographed with tattoos depicting Islamic signs. They are then forced into marriage, converted to Islam and then disposed of later or even worse sold to the highest bidder after smuggling them to countries like Syria, Afghanistan and Iraq. The ultimate aim of these Islamists is to destroy non-Muslim families.

Abdulla worked his way up the hierarchy and has worked as chief editor of multiple newspapers like Tejas, the PFI mouthpiece and Madhyamam, the Indian Union Muslim League-owned newspaper. He has links with radicals based out of King Abdul Aziz University in Saudi Arabia.

Incidentally, another Islamist, Siddique Kappan too is associated with the Tejas newspaper and is now incarcerated in the Mathura jail for his role in the attempts to flare up the Hathras case. Unfortunately, elements like Abdulla are mainstreamed in Kerala and people are forced to watch them rave and rant every day during evening prime-time talk shows.

Both the Pala Bishop and O Abdulla have highlighted some harsh truths about each other’s communities. Hopefully this no-holds barred exchange will awaken some sleeping Hindus to the dangers that surround us.