From Kerala to UP, PFI operatives trying to destabilize Bharat; media whitewashes their crimes 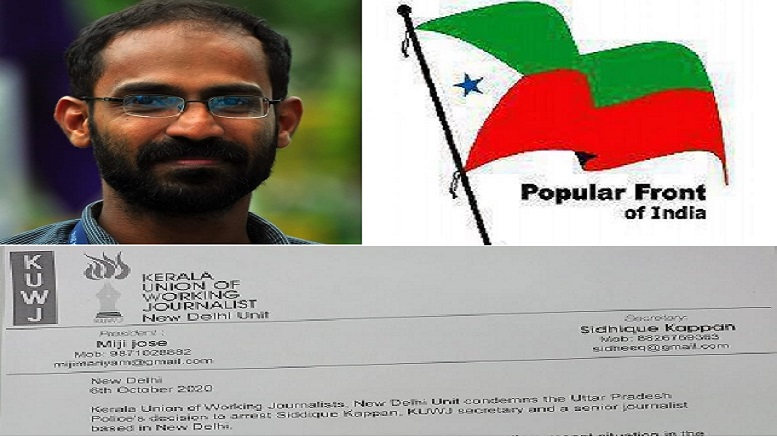 A couple of days back, Uttar Pradesh police arrested four Popular Front of India (PFI) operatives from Mathura. They were on their way to Hathras in UP, allegedly to incite street violence as the Islamic radicals had done recently in Bengaluru and Delhi. All four have now been charged under the UAPA & for sedition conspiracy to disrupt peace and for promoting enmity between different groups. The group is also alleged to have received funds to disrupt peace in UP. The recent unfortunate incident of a young lady losing her life after suffering grievous physical assault had triggered sleeper cells of PFI to try and disturb peace in UP. The Congress and many fringe organizations alleged that the girl was raped and started flocking to UP for what is being called “rape tourism”. The department of forensic medicine at the Aligarh Medical College mentioned that there are no signs of rape in the case. In any case, the issue became a convenient rallying point for opposition parties.

The influence of PFI in Kerala media

Of the four arrested, one was Sidhique Kappan from Malappuram in Kerala and he tried to play his journalist card to avoid being arrested. Kappan is the PFI’s Delhi Shaheen bagh office secretary and also writes for a little known online website based out of Kerala called Azhimukham and is an old employee of Thejas news. Thejas news is the media arm of PFI and Azimukham largely supports the same ideology, although it claims differently.

Kappan is also the Secretary of the Kerala Union of Working Journalists (KUWJ), New Delhi Unit.  Entry into the KUWJ is highly restricted and until recently journalists belonging to the broadcast media were not even allowed into the union. Now it seems, the KUWJ has also come under significant influence of PFI. This explains why Kappan, who is not associated with any of the major newspapers or TV channels, is the Secretary of the KUWJ New Delhi Unit.  As soon as the news of his arrest came out, his friends started demanding his release. 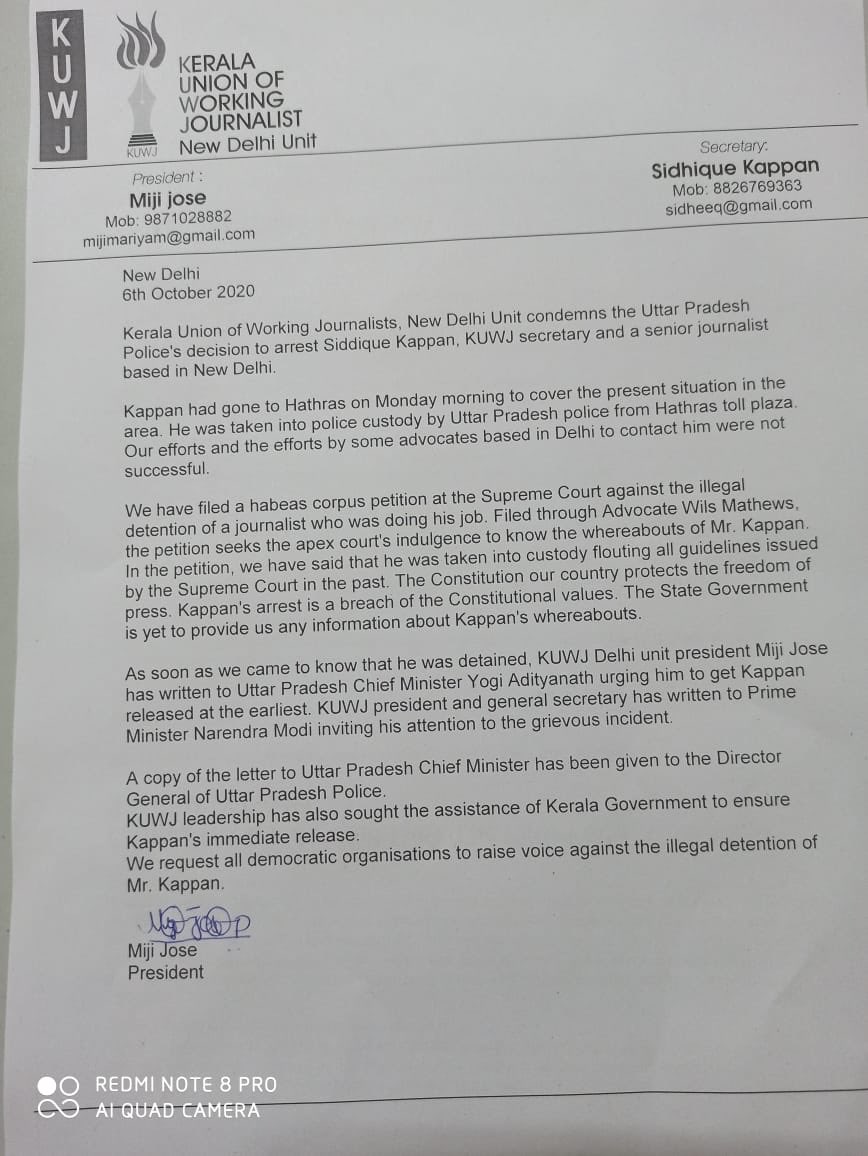 Incidentally, a majority of the office-bearers of the KUWJ are from Islamist or Marxist leaning media organisations.

Prominent voices demanding the release of the accused KUWJ office-bearer included two journalists PR Sunil and Prasanth Reghuvamsom, both of whom are associated with the Asianet News Network, and are based in Delhi. They had tried during Delhi riots to paint a negative picture of Bharat using blatant lies. For this the channel earned a ban for 48 hours from the central government. Asianet is owned by Jupiter Entertainment Ventures of Rajeev Chandrasekhar, a BJP Member of Parliament in the Rajya Sabha. However, the coverage has somehow always been in opposition to the ideology of BJP.

Earlier this year, the KUWJ Delhi Unit itself was embroiled in a public fund embezzlement fiasco where 25 lakhs in Kerala government funds were alleged to be misappropriated by the office bearers. The amount was granted to the organization for a new office and library, both of which are yet to materialize even after eight years! KUWJ offices in Kerala and Delhi are being investigated by the vigilance department for misappropriation of around Rs. 2 crores by the KUWJ office bearers. Local journalists are also accused of using their clout to arrange government housing at throwaway prices thereby causing a loss of Rs. 20 crores to the state exchequer.

Biased reporting has led to a situation where even the women lawmakers in the ruling coalition are themselves unhappy with reporters. U Prathibha Hari, the Kayamkulam MLA had openly told local journalists that it is better to sell their bodies for a living (rather than report biased opinions). As expected, KUWJ condemned her remarks and demanded her apology.

What is astonishing is that even media publications seen to support right-wing too did not have the guts to portray Kappan as PFI activist, and instead they preferred to mention his journalistic credentials. This proves the kind of penetration and stranglehold such ideologies have on media. It could also be argued that fear of reprisal from anti-national elements made them go slow. This is an even more dangerous situation, since it would point to the failure of the so called fourth pillar of democracy.