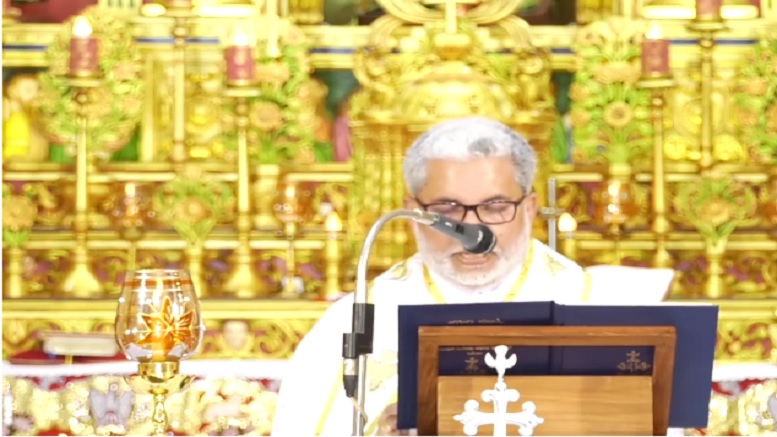 A Catholic Bishop in Kerala has spoken out against Islamic extremism. Addressing Christian devotees, the Syro-Malabar Catholic Bishop Joseph Kallarangatt said that the aim of Jihadis (Islamists who wage holy war to spread Islam) is to promote their religion and end non-Muslims. For this, they use ‘love jihad’ and ‘narcotic jihad’.

Explaining ‘love jihad’, or what has now come to be known as ‘grooming jihad’, the Bishop who serves the diocese of Pala said that “Jihadis, through love or other means, use women from other religions for misusing, for terrorist activities, or for economic gains”. He further slammed those living in denial and feigning ignorance about ‘love jihad’, adding, “It’s not just a love marriage, it’s a war strategy.”

In September 2019, National Minority Commission (NMC) Vice-Chairman George Kurian had written a letter to Union Home Minister Amit Shah highlighting the use of ‘love jihad’ by Muslim men to trap and convert Christian girls to Islam in Kerala, and then use them for terror activities.

Then in Jan 2020, the 28th Synod of the Syro-Malabar Church released a public statement saying that Keralite Christian girls are being targeted and killed in the name of ‘Love Jihad’.

“Many are even scared to use the term ‘Love Jihad’ but the Synod has now come out and said the exact words. There are reports of Christian girls getting converted and taken abroad. They are not living an ideal pious life either. They are made to live with more than one person and some are even pushed into becoming sex slaves,” said Syro-Malabar Media Commission secretary Fr. Antony Thalachelloor.

The Church also expressed dissatisfaction over police response in such cases.

It must be noted that both the Catholic and Protestant churches across Bharat are at the forefront of spreading anti-Hindu propaganda, and often join hands with Islamists, Marxists, neo-Ambedkarites and other Hinduphobic forces. One need not look further than the venom spewed by likes of Bishop Ezra Sargunam, John Dayal, and countless evangelicals converting people through hate speech and fraud.

But in Kerala, the situation is slightly different. Here, Christians are 19% of the population and facing the pinch from Islamists just as much as the ‘majority’ Hindus. Islamists of Kerala exercise more influence on the two main ‘secular’ parties – CPM and Congress. The dangerous quasi-terror Islamist group PFI has its roots in Kerala.

It is PFI which is behind the grooming and conversion of Hindu and Christian girls from Kerala who were sent as IS (Islamic State) terrorist ‘brides’ to Iraq, Syria and Aghanistan. So the Church understands the immediate threat to its flock from Islamists and hence speaks out against it.

Hindu organisations, both religious and socio-political, need to borrow a leaf from the Kerala Church’s book and speak openly about the threats facing Hindus rather than skirt the issue and stay in their comfort zones. The ‘Love Jihad’/ ‘Grooming Jihad’ war unleashed on Hindu girls across the nation is many orders of magnitude higher than what Christian girls in Kerala face.