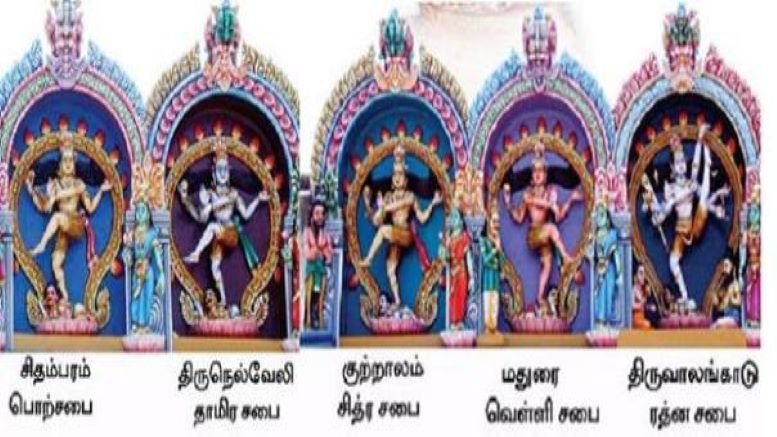 Thiruvathirai is a popular Hindu Shaivite festival celebrated with gusto in kovils (mandirs) of Bhagwan Shiva across Tamil Nadu. It falls in the Tamil month of Margazhi (Margashirsh) on the full moon night (purnima) during the Arudra (Sanskrit for Thiruvathirai nakshatra) or Thiruvathirai nakshtra (Hindu star). It is the day when Bhagwan Shiva gave darshan of His Ananda Tandavam in Chidambaram to Rishi Patanjali and Rishi Vyagrahpada (one with the feet of a tiger) as Bhagwan Natraja.

Once when Bhagwan Sri Hari Vishnu was asleep atop Adishesha with Devi Lakshmi by His feet, He is said to have attained the state of bliss. Perplexed by this, both Adishesha and Devi Lakshmi asked Bhagwan the reason for the same. He explained that He was so taken in by the Ananda Tandavam (dance of happiness and bliss) of Bhagwan Shiva, that He (Bhagwan Vishnu) attained the blissful state.

Rishi Vyagrahpada is so named as he was granted with the feet of the tiger by Bhagwan Maheshwara to enable him to pluck flowers from the nandanvan without getting hurt by the thorns in the path. Both Rishi Patanjali and Rishi Vyagrahpada were blessed with the darshan of Bhagwan Nataraja’s Ananda Tandavam at the Chidambaram Koil.

The day of this event was on the day of Thiruvathirai nakshatra of the full moon night of Margazhi. Hence, every year this event is celebrated as the Thiruvathirai or the Arudra darshanam day. It is customary to prepare a sweet dish known as kali as a naivedya offering to Bhagwan Shiva.

Although Arudra is celebrated at all Bhagwan Shiva Mandirs, it has special significance at Bhagwan Nataraja Kovils. There are five popular sabhas of Bhagwan Nataraja each associated with one dance pose/form.

At the Nellaiappar Kovil at Tirunelveli is Bhagwan Nataraja’s Thamira (copper)Sabha where He does the Gowri Tandavam with the left pressed on the ground and the right one in the air. At Kutralam’s Chithra (painting) Sabha Bhagwan Nataraja performs the Tripura Tandavam while saving Maharishi Markandeya from Bhagwan Yama. Here one of His feet is seen kicking Bhagwan Yama. The painting here is said to have been drawn by Bhagwan Brahma Himself.

The Oordhva Tandavam at the Thiruvalangadu Koil where Bhagwan’s Ratna (gemstone) Sabha is located, is the dance form showing Bhagwan Nataraja wearing His left earring with His left foot. It is here that Bhagwan defeated Devi Kali in a dance competition with this dance step. Here Bhagwan Nataraja is shown with His right foot on the ground and the left one lifted vertically upwards pointing towards the sky.

Kali (sweet dish) also means bliss and dance being a medium to express one’s joy or happiness, the Arudra festival is one associated with happiness and bliss. Abhishek is performed in all Bhagwan Shiva Kovils along with other rituals. It is the belief that the devotees would experience bliss at the feet of Bhagwan and be lifted from ignorance making them move towards the attainment of knowledge and enlightenment.

May Bhagwan Nataraja bless us all with happiness, health, wealth, and prosperity.