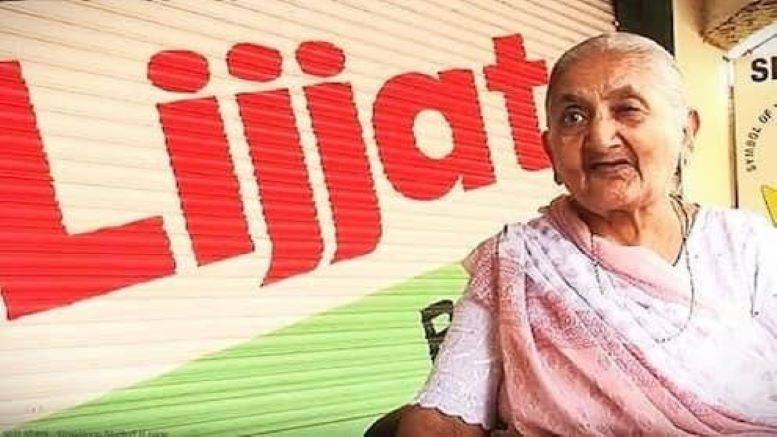 People may not know this entrepreneur by her name Jaswantiben Jamnadas Popat but there is hardly any Bharatiya who has never tasted her product! In Maharashtra, the last two generations, in particular, have been familiar with the taste of this papad.

On the eve of Republic Day 2021, the Union Government announced the highest civilian honors, the Padma Awards. The Padma Shri award recipient from Maharashtra is an industrialist who has made the state proud even while remaining in the background herself.

We bring to you the inspirational story of Mahila Gruhudyog (women’s cottage industry) Lijjat Papad’s Jaswantiben’s story who has been awarded the Padma Shri this year. The journey of this delicious papad company started with a loan of INR 80 and today it has grown into a huge business empire with a turnover of over Rs 800 crore employing hundreds of needy women.

Mahila Gruhudyog Lijjat Papad has set a clear example regarding women empowerment for the country. Even though she had no knowledge of business, with her perseverance and hard work alone Jaswantiben took a great leap into the business world by transforming her home business into a cottage industry. Along the way she trained and strengthened hundreds of women under her giving them the required encouragement to achieve financial independence.

Lijjat Papad’s journey started started in 1956 with a sum of INR 80 she had borrowed from a social worker. Jaswanti Ben has a lion’s share in the multibillion-dollar industry that she has built with six of her friends.

The initiative was taken by Jaswantiben and 7 of her friends including living in Mumbai’s Girgaum area. Other members were Parvatiben Ramdas Thodani, Ujamben Narandas Kundlia, Banuben Tanna, Laguben Amritlal Gokani and Jayaben Vithalani. Additionally, another woman was given the responsibility of selling the papads and all of them together started making papads at home.

The initiative was not undertaken with the purpose of setting up a business empire but to contribute financially to their household incomes. Hence, they started the small papad business and initially they had made only 4 packets of papad which they sold to a businessman. Subsequently, the demand for their papads increased a lot and today this papad brand has become a popular household name all over the country.

Initially, their business was named Shri Mahila Gruha Udyog Lijjat Papad which was renamed in 1962 as Lijjat Papad. Lijjat is a Gujarati word meaning ‘tasty’. The small papad business started by 7 friends on a loan of just Rs 80 today employs 42000 women and has over 60 branches. This papad is sold all over the country besides being exported to England, USA, Singapore, Thailand, Netherlands etc.

Jaswantiben is the sole surviving member of the group and was awarded the Padmashri in recognition of her efforts.

Padma awardees – an inspiration to society