Aggressive attacks of TTP and BLA, has Pakistan finally been entrapped by its own Frankenstein monsters? 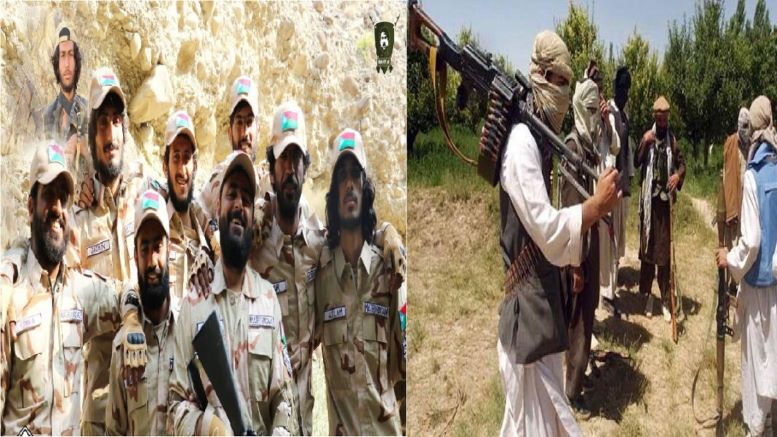 On August 15, the Bharatiya subcontinent saw another turmoil when the Taliban forcibly captured Afghanistan after several months of fighting. It was Bharat’s Independence Day, and unfortunately, on this very day, Afghanistan once again went into slavery to the Islamic Invaders. This event created shock waves across the world, but there was one country that was very happy, and that was Pakistan.

It must be noted that Pakistan was trying its best to capitalize on the eviction of the US Army from Afghanistan. The Chief of Pakistan’s secret agency (ISI) was in Kabul before the Taliban took over, and it is said that ISI and Pakistani Army helped the Taliban to capture Kabul swiftly.

As soon as the Taliban assumed power, the Pakistani Prime Minister welcomed it and said it was a revolutionary step as if the people of Afghanistan had got freedom after slavery. Imran Khan was elated with this development, and that was reflected in his party leader Neelam Irshad Sheikh’s statement, who said that “The Taliban say they are with us and are ready to help us in Kashmir.”

Since then Pakistan is trying hard to portray as if the Taliban is a group of revolutionaries who have arrived to transform Afghanistan. Pakistan is trying to act as a mediator to facilitate political and financial support to the Taliban government. However, the table has been turned in a couple of months, and now Pakistan has started feeling the heat of its own Frankenstein Monsters, that is Tehreek-Ae-Taliban (TTP) and Balochistan Liberation Army (BLA).

Taliban is an ambitious terrorist group, that works on a single point agenda, to establish an Islamic state in Afghanistan and the other side of Durand Line (Waziristan and other tribal areas). Afghanistan and the Taliban have never accepted the Durand Line, which separates both nations. The reason behind this is the common ethnicity and religious identity on both sides of the border.

Taliban initiated action to fulfill its long-cherished dream of creating Islamic fiefdom across the Durand Line. They released many dreaded TTP terrorists and started deploying them across the border and they started orchestrating lethal attacks on the Pakistani Army.

On February 7, TTP carried out another attack in Kurram which led to the killing of 5 Pakistani Soldiers. Pakistan has been taken aback by this behavior, as it considers the Taliban as its own creation. It was Pakistan that created and nurtured the Taliban and transformed it into a strategic asset to destabilize Afghanistan and Bharat.

Imran government has finally warned the Taliban to remember its promise that it will not allow any terror group to foment violence in Pakistan. However, the Taliban has not responded to this accusation till now, and there is reason to believe it will not address it in the future as well.

Pakistan’s other Achilles Heel is the Balochistan Liberation Army (BLA), which has created havoc in Balochistan province, which is under forceful occupation of Pakistan. BLA was again a creation of Pakistan’s own sins, as it is an outcome of rigorous oppression carried out by the Pakistani Army on local Baloch tribes.

The Pakistan Army has exploited Balochistan tremendously in the last seven decades. The people there have no rights, millions of Baloch people have been killed or have simply disappeared, their leaders have been attacked and killed publicly by the army, due to which the BLA originated.

Balochistan is of great importance to Pakistan strategically and geographically, as the CPEC passes through this region, and the Gwadar Port is also located here. But now the BLA has decided that it will no longer tolerate the atrocities of the Pakistan Army.

Last week BLA conducted the most dreaded Operation Ganjal, where it attacked Panjgur and Nushki military camps of the Pakistani Army’s Frontier Corps. BLA’s Majeed Brigade took the responsibility for this attack, where they claimed to have killed more than 100 Pakistani soldiers and destroyed a large part of both camps.

This is a very critical incident because it has challenged the might of the Pakistani Army. A handful of BLA fighters occupied their two camps for several days, and their elite SSG commandos were unable to do anything. Both the Government and the Army of Pakistan are quite disturbed by the growing strength of the BLA.

Over a couple of years, Balochistan ethnic nationalism has fuelled a separatist war, which triggered an uncontrollable insurgency that is spreading from Balochistan’s tribal mountains to Punjab’s urban areas. In recent months BLA has conducted several attacks on the Pakistan Army, which led to the death of many soldiers and the destruction of their military assets. It has also jeopardized the ambitious CPEC project, as several Chinese engineers and civilians have been attacked by BLA.

All in all, we can say that it is Pakitan’s payback time, and it has finally entrapped in its own evil design. For so many decades, Pakistan had disturbed Bharat, but now it is forced to face the consequences of its misdeeds.

The way these organizations are moving forward, it would not be an exaggeration to say that soon there will be large-scale attacks on the Pakistani army in Khyber Pakhtunkhwa, especially Waziristan and Balochistan, strategically important projects will be stalled, which will break the backbone of the Pakistani economy and the army. This will pave the way for Pakistan’s disintegration and Bharat would have the perfect chance to take back POK by taking advantage of the opportunity to allow Pakistan’s disintegration.