Erdogan brings up legacy of conquest during mosque opening 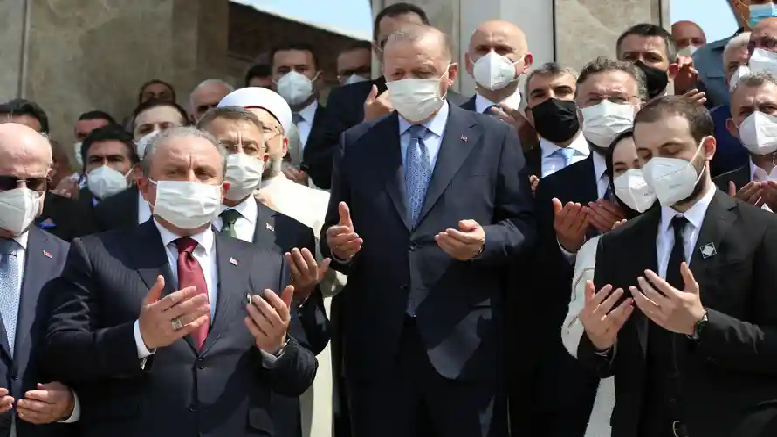 Turkish President Recep Tayyip Erdogan spoke of the Turkish legacy of conquest and the conversion of the Hagia Sophia during a mosque opening in the city of Zonguldak on Friday, reports Greek newspaper Kathimerini.

“We maintained these lands and made them our homeland with our blood, our flag, and the sound of prayer from the mosques. This is why the re-opening of the Hagia Sophia as a mosque is important, as it is a legacy of conquest,” stated the Turkish president.

Erdogan, who has been in power for close to 2 decades now, also promised the construction of mosques all over Turkey.

“I believe that every mosque we build is a cultural lighthouse to safeguard the future of our people and our homeland,” he said, before reciting a poem by Ziya Gokalp.

The week before, on 28 May, Erdogan had inaugurated an imposing new mosque in Istanbul’s Taksim Square, the site of mass protests against him in 2013 that were later ruthlessly crushed. The new mosque towers over the Republic Monument – which depicts modern Turkey’s secularist founding father, Mustafa Kemal Atatürk – as well as the nearby Hagia Triada Greek Orthodox church.

Last July, Erdogan had declared that Hagia Sophia had been converted into a mosque following a Turkish court ruling which allowed the conversion of the site from museum to mosque. Originally a pagan temple, Hagia Sophia was made into a Church, then a mosque, before Kemal Atatürk made it a museum in 1933.

Erdogan had once publicly said: “The mosques are our barracks, the domes our helmets, the minarets our bayonets and the faithful our soldiers…”