Catholic Church has become a den of abuse, should dissolve itself 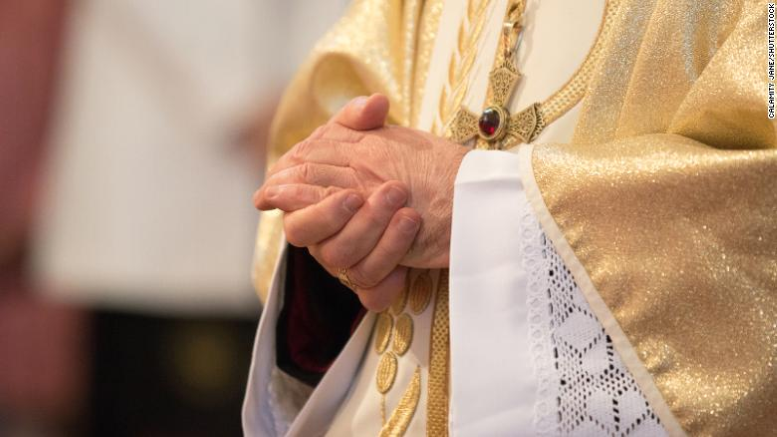 Reports of abuse, particularly of children, in the Catholic Church, have emerged time and again from across the world. Yet, the Church has often got away and succeeded in brushing these incidents under the carpet in a bid to shield the accused. A similar report has emerged from New Zealand where 14 percent of the Catholic Church clergy have been accused of abuse.

A New Zealand Herald report on the matter says:

As many as one in seven Catholic diocesan clergy in New Zealand have been accused of abuse, according to an investigation by the church.

But groups representing victims say that is likely to be a fraction of the actual abuse within the church, which often went unreported or unrecorded.

The Catholic Church reported on the scale of alleged abuse within its New Zealand parishes, schools and other institutions for the first time today, after a request by the Royal Commission on Abuse in State Care.

During a two-year inquiry, the church received 1680 reports by 1122 individuals against Catholic clergy, brothers, nuns, sisters and lay people from 1950 to the present day – of which 592 were named.

The seniormost representative of the Church, Cardinal John Dew has been quoted as saying “These statistics on abuse in the Catholic Church going back to 1950 are horrifying and something we are deeply ashamed of. As we continue to respond to the Royal Commission into Abuse and we build a safer Church for everyone, I firmly hope that facts like these will help us to face the sad reality. The Church will learn from this and affirm its commitment to the work of safeguarding”.

However, in the absence of any affirmative action to ensure that the abusers are punished, these statements come across as nothing but PR exercises to enable the Church to wriggle out of the difficult situation it finds itself in. The group Te Rōpū Tautoko that coordinated the inquiry with the Royal Commission also acknowledged that it wasn’t an exhaustive report. It is essential to highlight here that half of the complaints relate to child sexual abuse.

As Murray Heasley, spokesperson for Network for Survivors of Abuse in Faith-Based Institutions, put it “The majority of survivors did not go back to report their abuse within the institution. Nor did the institutions keep records”. He further pointed out that a well-resourced investigation by the police would reveal the extent of abuse in Catholic institutions while adding that though the spokesperson had come up with statistics, the institution hasn’t taken any action nor has it shown any urgency in response to the damning findings.

“We have to be reminded that we are talking about real human beings here. Behind these cold figures is horrific abuse and pain, of survivors that are living now, and carrying trauma from day to day as we speak”, Heasley noted.

Last year, reports emerged confirming that the investigation into sexual abuse in the French Catholic Church found that an estimated 216,000 children were victims of abuse at the hands of clergy since 1950. Similar reports of abuse had also come to the fore from several countries including America and Germany. Last December, Spain Catholic Church opened an investigation into the alleged sex abuse of over a thousand children by members of their clergy dating back 80 years.

The authorities never go beyond acknowledging the existence of abuse in the institution and often go on to shield the accuse. Victims and their families are pressurized to keep silent and asked not to report the cases to the police. The survivors were also usually offered money, styled as an ex-gratia payment, to buy their silence. Those standing up against the abuse are faced with the uphill task of not just protecting the victims but also those within the institution who aid the victims.

The clout weilded by the Church in Bharat is apparent from the fact that it is even able to prevail on the judicial system as was seen in the Franco Mulakkal case or the fact that it took 28 years to ensure that Sister Abhaya got justice.