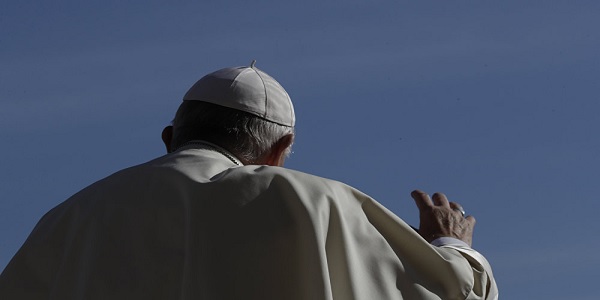 A series of sex scandals has hit the church recently, with cases of the sexual abuse of thousands of minors and clerical cover-up emerging in the US, Australia, and Chile. The Pontiff himself has been accused of knowing about a disgraced US cardinal’s sexual misconduct and doing nothing with it.

The Catholic Church is now facing a series of sex scandals, this time in Germany. Der Spiegel magazine said on Wednesday that thousands of children had been sexually abused by the German Catholic clergy over a 70-year period.

The study, conducted by the universities of Giessen, Heidelberg and Mannheim, detailed 3,677 cases of child sexual abuse between 1946 and 2014, perpetrated by 1,670 clerics and priests. The victims were predominantly boys, and more than half of them were aged 13 or younger. In many cases, pieces of records were destroyed or manipulated, the study added.

Der Spiegel quoted the study as saying that the Church had often moved clerics accused of sexual abuse to new communities, without notifying them about the perpetrations. Moreover, the culprits tended to escape punishment: only one third of those accused faced legal proceedings through the church, while 4 percent of identified perpetrators were still working. The study insisted that it is not yet time to say that the sexual abuse of minors is entirely in the past, as it continued until the end of the investigation period.

The Catholic Church has to rethink its refusal to consecrate homosexual men and to reconsider the celibacy obligation as “a potential risk factor,” the study concludes.

A spokesman for the Bishops’ Conference had no immediate comment but said the organization would issue a statement later on Wednesday. Cardinal Reinhard Marx, chairman of the conference, is expected to present the findings on September 25.

Following the report, the Holy See press service announced that Pope Francis would bring together the presidents of the Episcopal Conferences of the Catholic Church for a meeting entitled “the protection of minors.” It is scheduled for February 21-24, 2019.

The study has hit just where it hurts: the Roman Catholic Church has been engulfed in a raft of scandals related to the sexual abuse of minors and clerical cover-ups. In one of the latest bombshell statements, Archbishop Carlo Maria Vigano accused the Pope and other top-level prelates of covering up the sexual abuse of seminarians by Cardinal Theodore McCarrick, who resigned from the College of Cardinals in July over sexual harassment allegations. According to Vigano, he informed Pope Francis about McCarrick’s sexual misconduct in June 2013 but the Pope did nothing to address the problem.

The letter came on the heels of a sexual abuse scandal in the US. In August, a Pennsylvania grand jury accused more than 300 “predator priests” of child sex abuse after an investigation, largely based on secret church archives from six dioceses. More than a thousand victims who were abused as children were identified, with rape and molestation cases dating as far back as 1947.

Late July, Australian Archbishop Philip Wilson resigned after being convicted of covering up sex abuse by pedophile priest James Fletcher, who died in jail in 2006 while serving his 10-year sentence for nine child sexual abuse charges.

According to the court documents, Wilson failed to report to police the abuse of two altar boys in the 1970s in a bid to protect the Church’s reputation.

Chile has been rocked by one of the biggest scandals, which spilled across the walls of the Catholic Church this year. In May, all of Chile’s 34 Catholic bishops offered their resignations in an unprecedented move amid reports that one of them, Juan Barros, had covered up the sexual abuse of minors by pedophile priest Fernando Karadima in the 1980s and 1990s.

Following the move, Chile launched a massive investigation into 158 members of the national Roman Catholic Church. The probe included reports of cover-up cases and the abuse of 266 victims, including 178 minors, with some cases relating as far back as the 1960s.

Sexual abuse cases also surfaced in Germany last year: in July 2017, local media reported that at least 547 members of the prestigious Catholic Regensburger Domspatzen boy choir were physically or sexually abused by priests and teachers between 1945 and 1992.