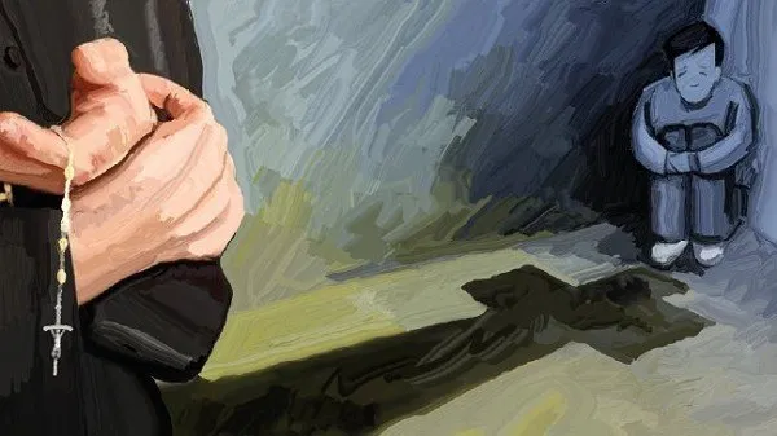 Victims of sexual abuse and harassment in the Indonesian Catholic Church face “thick walls” of silence, secrecy and denial, having to bear trauma while the priests who they have accused remain on a moral pedestal.

Sisca, who has chosen to use an alias to protect her privacy, said she was molested by a Catholic priest in Jakarta when she was 11 years old. The 38-year-old watches the same priest greet school children in the same Catholic school every morning, and in December of last year, she heard His Eminence Ignatius Cardinal Suharyo, the highest-ranking member of the Indonesian Catholic Church, deny that he had ever received any reports of sexual abuse in the Church.

Sisca did not believe the cardinal could have possibly been oblivious to the alleged sexual abuse. “Where has he been? We had high hopes for him. He was appointed cardinal by the Pope. It’s a prestigious title. A cardinal is a chosen figure, and [the Pope] would not appoint a random priest,” she told The Jakarta Post in early February. “It hurts me to hear him say that. He doesn’t know how it feels,” Sisca said.

Since January of this year, the Post and Tirto.id have interviewed four victims – one man and three women – who say they were sexually abused in the Catholic Church. The events they described took place between 10 and 30 years ago. Three of the victims were minors, and one was an adult. Three never reported the abuse to authorities and the other faced silence when she reported her case and demanded that the priest she had accused be punished.

Last December, in the cardinal’s first rebuttal of the sexual abuse allegations, he accused his subordinate in the Indonesian Bishops Conference (KWI), seminary commission secretary Father Joseph Kristanto, of “violating the code of ethics” by discussing, in a public forum, 56 cases of alleged sexual abuse within the Church community.

Suharyo, who is also the chairman of the KWI and the archbishop of Jakarta, said Kristanto, who called the 56 cases “the tip of the iceberg” of sexual abuse in the Catholic Church, had apologized.

“He bowed down, apologizing, because he brought up the numbers, which are confession secrets that should not be talked about,” Suharyo said.

He questioned the validity of the data even though Kristanto had spoken in his capacity as a KWI official and had presented the data in a seminar on a book that sought to establish protocols to protect minors and vulnerable adults in the Catholic Church, as Pope Francis had ordered in May 2019.

The cardinal reiterated his stance in his reply to the Post and Tirto.id’s request to interview him about the sexual abuse cases and the progress of the protocols. “The issue related to sexual harassment, I really don’t know – if what you mean is the ones reported by one of the parish publications,” Suharyo wrote.

No protocols in place

Suharyo was referring to a report in Warta Minggu, a publication by members of the Maria Bunda Karmel parish in Jakarta, from Dec. 8, 2019. The report, titled “Sexual Abuse in Indonesian Churches: An Iceberg Phenomenon?”, quoted Father Kristanto’s presentation at the seminar on the book about abuse protocols.

The Archbishop of Jakarta declined to grant the Post and Tirto.id an interview and recommended another priest, Petrus Sunu Hardiyanta, who Suharyo said knew more about the protocol than he did.

In an interview on July 23, Father Sunu, a Jesuit head in Indonesia from 2014 to May of this year, did not confirm the data and only commented that the cases Father Kristanto had brought up were supposed to be “confidential”.

He verified that none of the dioceses, archdioceses or orders in Indonesia had established the protocols, even though Pope Francis’ deadline of June of this year had passed. However, he said that his order, the Society of Jesus, had planned a specific mechanism for reporting, in which it would designate seven people – three clergymen and four laypeople, at least two of whom would be women – to handle reports.

In addition to Father Suharyo and Father Sunu, the Post and Tirto.id tried to contact five priests in Indonesia – heads of parishes and orders – to verify the accounts of three victims. Of the five priests, one said he had heard about the cases but claimed he did not know the details, two said they did not know of the cases and two never replied.

Sister Chatarina Supatmiyati, in a discussion organized by Katolikana, a media outlet focusing on news related to the Catholic Church, said she had helped a number of women who had become involved with Catholic Church priests and parish officials. She said some of them had gotten pregnant and had to raise the children on their own.

When she accompanied women and reported their situations to the church, the church officials accepted the reports and listened but nothing more. She experienced attempts by the church officials to protect colleagues who had been involved in such cases. Officials would say the man was being prepared for other duties or would ask the woman to forgive him because had only done it once.

In November, Father Kristanto presented the data that was quoted by Warta Minggu. He said 56 instances of sexual assault had been reported, including 21 victims belonging to seminaries, 20 nuns and 15 laypeople. Thirty three of the alleged perpetrators were priests, while the remaining 23 were not, he said in November at the seminar organized by NGO Mitra Imadei and the psychology faculty of Atma Jaya Catholic University.

Kristanto’s report, which was made during the protocol book event, sent a wave of restlessness through the Indonesian Catholic Church. Two priests in the parish who were in charge of Warta Minggu were transferred to other positions.

The magazine’s counselor at that time, Andreas Yudhi Wiyadi, who was also the head priest of the Maria Bunda Karmel parish when the report was released, said he had reprimanded the reporters involved in the article because they had published sexual abuse data “whose validity had yet to be proven”.

“For me it’s a sensitive matter. I’ve reprimanded those who made the report without consulting with me first,” said the priest, who was later transferred to the Palembang Archdiocese in Sumatra.

Another priest involved in Warta Minggu, Andreas Dedy Purnawan, was also moved to Malang, East Java, not long after the report was released.

Yudhi, however, insisted that his transfer had nothing to do with the magazine’s report.

‘This is the injustice’

Activists Mike Verawati Tangka and Damairia Pakpahan, who have acted as advocates for alleged sexual abuse victims in the Catholic Church, said the cardinal should have pursued the cases instead of denying them.

The two women said the “thick walls” of impunity for perpetrators of sexual abuse and harassment within the institution were “absurd”. Usually, the Catholic Church would simply transfer accused clerics from one parish to another, where they could repeat their abuse or unethical behavior.

They referred to the well-publicized case of the former bishop of Ruteng, Hubertus Leteng, who was assigned to the Bandung Diocese after his resignation from his seat in Ruteng amid accusations that he had embezzled money and had had an affair with a woman. Another case was a priest in Timor Tengah Utara regency who was moved to another parish after allegedly mistreating a woman, prompting anger from a congregation member, author Felix Nesi, who later damaged parish property.

“Facing the Church institution is not easy. We have to be extra careful to protect not only the victims but also the ones inside the institution who are willing to help,” Mike said in January.

Both Mike and Damairia demanded transparency in the Indonesian Catholic Church in dealing with unethical or coercive behavior and sexual assault instead of sweeping such actions under the rug. “But some Church leaders, including the cardinal himself, seem to deny and negate the findings. They even tend to cover up the case,” Mike said.

Sister Chatarina said the women she accompanied had to accept that the priests would continue as priests in other places while the women relented, lived alone with their children and faced censure from the community they lived in. “This is the injustice,” she said.

(This article was first published on thejakartapost.com on July 27, 2020 and has been reproduced here in full.)