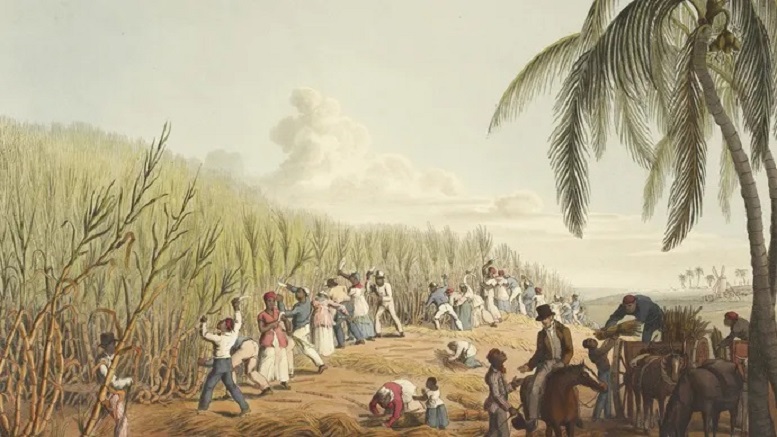 Speaking about this Caribbean island which has now become the newest Republic in the world by unshackling itself from the British Empire, an Indian Express editorial says:

Slaves, indentured labour, a lack of democracy — the Caribbean was home to some of the most institutionalized and invisibilized horrors in history. Today, the new republic faces an economic crisis because of supply lines being disrupted thanks to the pandemic. Meanwhile, the countries that ravaged the economies of their colonies have continued to prosper, in no small part thanks to that wealth.

Like many Asian and African countries, Barbados is one more illustration of European colonization. The first British ships to the island arrived in 1625 after which the colonizers laid claims to the farms on the island on which they made the enslaved African people work. As reported in a Guardian article:

By the end of the so-called sugar revolution in the early 19th century, European enslavers had deported some 2.3 million enslaved Africans to sugar plantations in Barbados and other Caribbean colonies, generating huge profits for English investors.

Like in rest of the Americas, the original inhabitants were wiped away here too. Per the Encyclopaedia, the indigenous people comprised the Arawak and the Carib communities who migrated from South America and inhabited this region between 500 and 1500 CE.

From 1627, the English settled on the island, wiping away any traces of the original inhabitants, the Arawaks, who had lived here for centuries.

Barbados may pursue a course similar to Namibia which has sought reparations from Germany for colonization and genocide of the ethnic Herero and Nama people. In his book The First Black Slave Society, Prof. Hilary Beckles, a historian from the University of West Indies whom the Guardian calls “a leading figure in the push by the Caribbean islands to secure reparations,” has written:

Barbados was the birthplace of British slave society and the most ruthlessly colonised by Britain’s ruling elites… They made their fortunes from sugar produced by an enslaved, ‘disposable’ workforce, and this great wealth secured Britain’s place as an imperial superpower and caused untold suffering.

The book “details the systematic barbarism of the British colonial project” and says that the British Royalty and ruling elites made enormous fortunes out of the sugar plantations.

The role of the British Royalty in slave trade in Africa has not received worldwide attention as needed. Notably, Britain that preaches to “third world” countries on many issues has still not abolished the monarchy despite the links of the royal family to the slave trade.

An article in the Smithsonian magazine cites Prof Beckles who asserted that English enslavers’ decisions to invest in plantation slavery on Barbados “accelerated the pace of mass enslavement of Africans as the basis of Europe’s colonial projects in the Atlantic world.”

Some of the chief investors in the transport of enslaved African people to the Caribbean were members of the British royal family. During Tuesday’s ceremony, Prince Charles, heir to the English throne, acknowledged Barbados’ history of enslavement but did not apologize for the monarchy’s role in sustaining it.

In the wake of the police killing of George Floyd in May 2020, the Black Lives Matter protests erupted in several parts of the world. These further led to tracing the roots of racism and to “reinvigorated campaigns for reparations for slavery.”

On slavery, a Slate article states:

But one institution has remained silent: the British monarchy. Still, it’s no secret that the history of the British royal family is intertwined with slavery.

The slave-trading initiatives endorsed by the English monarchy began with Queen Elizabeth I’s enthusiastic support of John Hawkins’ slaving expeditions in the 1560s.

…During the reign of King Charles II, from 1660 to 1685, the Crown and members of the royal family invested heavily in the African slave trade.

Within six months of ascending the throne, Charles II gave a charter to a company called “Royal Adventurers into Africa,” giving it a 1000-year monopoly over trade and land along the western coast of Africa. He lent the company royal ships and reserved for himself the right to two-thirds of any gold mines discovered. The Crown thus got to control all of English trade in gold, ivory, redwood, and slaves. The Royal Adventurers gained from the royal connection as did those investing in it who sought profit from sale and exploitation of African men, women, and children.

Per the Slate article, more than half of the beneficiaries of the first charter were peers or members of the British Royal family. And again in 1663, the Royal Adventurers was given yet another charter. The new charter granted the company “an exclusive right among English traders to purchase enslaved captives on the West African coast and transport them to the English colonies in the Americas.”

Sponsored by the King’s inner circle and politicians and courtiers expecting to use the African trade for personal profit, the fledgling company set out to deliver thousands of African captives to the English Caribbean. Upon disembarking, Africans who survived the horrors of the middle passage were sold to English buyers or to foreign traders looking to acquire slaves for trans-shipment to Spanish America.

… By the time King Charles II granted a charter to the reorganized Royal African Company of England in 1672, the demand for slave labour in the Americas had intensified. Ensuring a steady supply of African captives to England’s Caribbean and North American colonies promised not only to generate profits for shareholders and the Crown but also to expand England’s imperial footprint in the Atlantic world.

Later, the British Parliament opened the slave trade to all English traders although the independent traders had to pay a 10% duty to the Royal African Company. After 1712, the act expired and true “free trade” in African humans began.

Millions of Africans were captured, torn from their families, forcibly transported across the Atlantic, sold to the highest bidders, and subjected to physical, psychological, and sexual violence by their enslavers.

During the peak years of the Atlantic slave trade, between 1690 and 1807, European enslavers carried approximately 6 million enslaved Africans to the Americas; almost half of these captives arrived in British or Anglo-American ships. Protected by the Crown and Parliament, the slave trade became one of Britain’s most profitable industries.

Britain’s public began to oppose slave trade only during the reign of George III (1760 to 1820) when the abolitionist movement began. But the Crown continued to support slavery. Due to the pro-slavery views of the King and his sons, abolition of slavery was delayed by two decades. Prince William who later became King William IV also endorsed slavery despite visiting Britain’s North American and Caribbean colonies. He saw the slavery first hand and “approved of what he saw.”

However, George III’s nephew and son-in-law opposed slavery. Due to increased pressure from abolitionists, the British Parliament outlawed slavery in 1807. But the slave trade continued illegally even after this:

After 1808, as the illegal slave trade flourished, European enslavers transported millions of enslaved Africans to the Americas, many in ships built, financed, or outfitted in Britain.

People of African descent repeatedly petitioned the Crown for liberty and civil rights. But the resistance of the monarchy to ending slavery continued and even laws to end slavery favoured those who had engaged in slave trading!

Even after Parliament passed the Slavery Abolition Act of 1833, which ended slavery in the British Caribbean, Mauritius, and the Cape Colony (South Africa), enslaved people did not immediately receive their freedom. The negotiated settlement required enslaved men and women to continue to labour for their former masters as unpaid “apprentices” and also granted 20 million pounds in compensation to Britons with financial interests in slavery. Formerly enslaved people and their descendants received nothing, other than recognition of their status as free subjects of the British sovereign.

It was only after 1838 that the British monarchy (Queen Victoria and Prince Albert) publicly supported the anti-slavery cause for the first time.

Prince Harry and Meghan (Duke and Duchess of Sussex) have recently spoken on the issue:

In recent days, the Duke and Duchess of Sussex have argued that, in light of the Black Lives Matter movement, it’s time for Britain to address its “uncomfortable” past. But the British monarchy continues to refuse to recognize its historic ties to the slave trade and racial oppression.

The British monarchy officially acknowledging its role in the slave trade has not yet happened though:

Officially acknowledging that the royal family both fostered and profited from the enslavement of millions, and affirming a commitment to reparatory justice as the Caribbean Community has urged the governments of Britain and Europe to do, is the very least the present-day British monarchy owes to the descendants of enslaved people.

Whether the monarchy will step up and apologize and whether the people of the Caribbean will receive reparations remains to be seen. But Barbados unshackling itself from the British hold has indeed revived memories of Britain’s ugly colonial past, the British monarchy’s role in profiting from slavery, and its continued resistance to acknowledging its past role as kingpin in the slave trade.