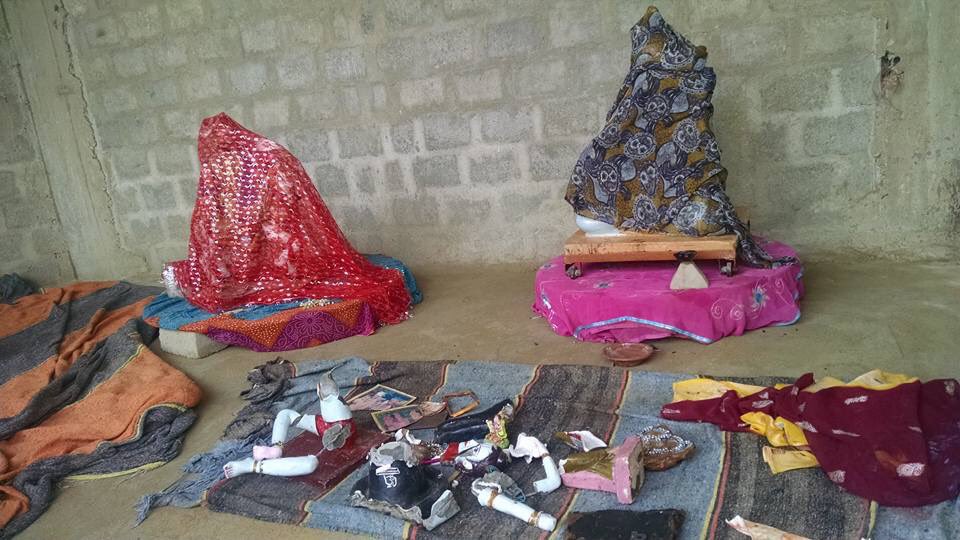 A Hindu temple was vandalised on Friday by some unidentified persons in Pakistan’s southern Sindh province. Police said murtis of deities were damaged and some of the broken parts were found in a nearby sewerage line. The incident occurred in Thatta district’s Gharo town.

A case of blasphemy and terrorism has been registered. “Investigation is going on but so far no arrests have been made,” said Fida Hussain Mastoi, the SSP of Thatta.

Local Hindu councillor Lal Meheshwri said he was present in the Rama Pir temple on Thursday night to prepare for the next day’s service. Dr Khatto Mal, adviser to the Sindh chief minister on minority affairs, said the attackers would be arrested soon.

The following images were provided by @tanvirarain – 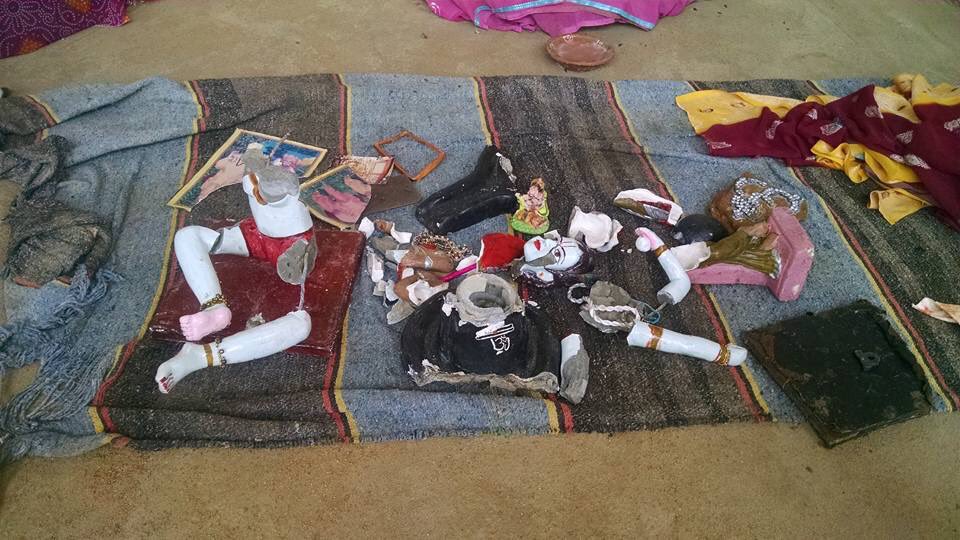 As per the last official census conducted in Pakistan in 1998, there were 24 lakh Hindus in Pakistan constituting 1.8% of the total population of over 13 crore at the time. 93% of this Hindu population was based in the Sindh province which is considered the most ‘liberal’ part of Pakistan.

Utter neglect of Hindus of Sindh

Thatta and Tharparkar are two of the southernmost districts in Sindh’s Thar region adjacent to the border with Bharat. Mithi, the capital of Tharparkar district, has 80% Hindu population and one of the lowest crime rates in the Pakistan.

But this area is one of the most neglected, despite its proximity to a megacity like Karachi. As per this report –

“At least eight more children, including infants, died in drought-hit Thar during the last three days, raising the death toll to 124 this year.

Three-year-old Bharat Kumar, and newborns Mohammad Aslam and Shankar died in civil hospital in Tharparkar’s Mithi area whereas two infants and a two-year-old toddler died in the tehsil headquarters hospital of Nagarparkar.

Bharat, who was referred from Mithi Civil Hospital to Hyderabad, died on the way to the hospital as the government-owned ambulance carrying the ailing boy broke down due to hot weather.

Earlier, another infant named Menhal Halepoto also met a similar fate as his ambulance too broke down on its way to Hyderabad.”

This is the true face of the Islamic republic of Pakistan. This is a country where a peaceful, well-integrated, non-proselytizing and law-abiding community like Hindus has no freedom of religion or respect, is discriminated and oppressed by the state, and reviled as less than human by large sections of the majority population. When even a Westernized Pakistani Muslim is so indoctrinated that he refers to Hindus as as “bastards” and “piss-drinking cunts”, this comes as no surprise.

Yet, Pakophiles like Naseeruddin Shah, late Om Puri, Shah Rukh Khan, Rajinder Sachar, Kuldeep Nayar etc. are either ignorant or choose to ignore this harsh reality when they go visit film & literary festivals in the posh parts of Karachi and Lahore. And then they come back and share their delusions with the people of Bharat about how Pakistanis are just like us, how we should stop hating and live like one big happy family.

Not one of these psuedo-liberals and celebrity activists have ever said a word in support of the hapless Hindus of Pakistan.