Pakistani Actor in UK sacked for Offensive Tweets against Bharatiyas 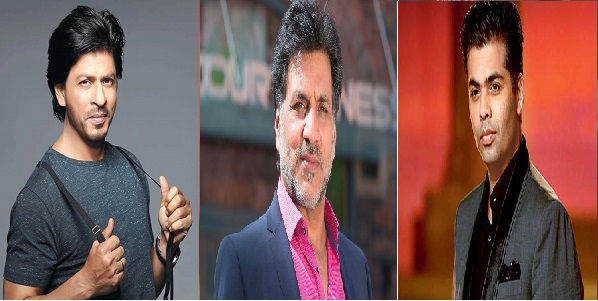 Pakistan-born actor Marc Anwar has been sacked from a UK serial ‘Coronation Street’ after posting racially offensive comments about Bharatiyas on Twitter, as per reports in British paper Guardian.

The Sunday Mirror published screenshots of messages posted on his private Twitter account that hit out at Bharat over Kashmir and called for Pakistani actors to stop working in the country. They also referred to people from Bharat as “bastards” and “piss-drinking cunts”.

The actor, who has appeared in Hollywood films including Captain Phillips and 51st State, was dismissed after the paper alerted ITV bosses. An ITV spokeswoman said: “We are deeply shocked by the entirely unacceptable, racially offensive comments made on Twitter by Marc Anwar. We have talked to Marc and, as a consequence of his comments, he will not be returning to Coronation Street, with immediate effect.”

Ironically, the 45-year-old campaigned against hate crime and even posed with British Transport Police. Furious viewers are calling for police to investigate Marc Anwar for this racist attack on Bharatiyas – Anwar has yet to make a formal apology.

What Marc Anwar has said is not surprising. A few months back, a Pakistani ice cream franchise owner in US had put up a sign outside his shop comparing Hindus to monkeys.

Pakistani cricketer Shahid Afridi once said on a Pakistani TV show that “They (Hindus of Bharat) can never have large or pure hearts like what Allah has given to us Muslims”.

Another cricketer, Sohail Tanvir, also lashed out at Hindus when Pakistani cricketers were not allowed to participate in the IPL 2010 auction due to Pakistani inaction on 26/11 terror accused. He said, “Hinduon ki zahaniyat hi aisi hai,” meaning, the ‘Hindus are of such nature (back stabbers)’, while explaining why he was not selected in IPL.  The TV hostess on the show responded by saying that “muh mein ram bagal mein churi” (Hindus are ready to plunge a knife behind your back, though they will keep chanting Ram)

Pakistani State Indoctrinates its Citizens against Hindus, Other Minorities & Bharat

‘ The subtle Subversion: A report on Curricula and Textbooks in Pakistan‘, a 2003 report prepared by a Pakistani think tank shows how the education system of Pakistan itself has indoctrinated successive generations of Pakistan against Bharat. The report says –

‘For the upholders of the Ideology of Pakistan, the existence of Pakistan is defined only in relation to Hindus, and hence the Hindus have to be painted as negatively as possible. From the government-issued textbooks, students are taught that Hindus are backward and superstitious.‘

‘By propagating concepts such as jihad, the inferiority of non-Muslims, India’s ingrained enmity with Pakistan, etc., the textbook board publications used by all government schools promote a mindset that is bigoted and obscurantist.’

In the words of one Pakistani education expert, “I have been arguing for the longest time that, in fact, our state system is the biggest madrasa.” Hence it is no surprise that Hindus are depicted as miserly, scheming, backward, superstitious and hell-bound kafirs in popular culture of Pakistan.

So even if a Pakistani migrates to a modern, liberal Western nation, chances are that he will carry the same visceral hatred for Hindus to his new home. Even the LeT jihadi Daood Gilani (aka David Headley) was a product of elite Pakistani society.

As HinduPost had written in this piece ‘Hold Pakistan Accountable For The Way It Treats Its Hindu Population’ just after the Pathankot terror attack, that terror is just one dimension of the war we are fighting against Pakistan. At the root, Bharat’s battle with Pakistan is a battle of ideologies. It is similar to the battle Israel is fighting against Iran and other Islamic nations in the Middle East, or the battle between South & North Korea.

It is a battle between an open, diverse, development-oriented, mature democracy (Bharat) and a closed, military-driven, monolithic, hate-mongering, terrorist state (Pakistan).