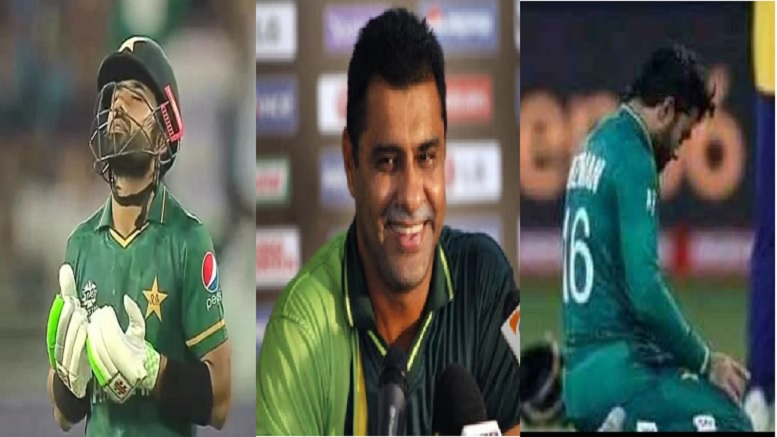 As a lifelong cricket fan who has been watching the game since the late 80s and remembers the thrill that even a short highlights clip or radio commentary would bring in the era when live broadcasts of every series was a distant dream, off late a strange disconnect has developed with regards to the game. Especially when it comes to the previously much-awaited India-Pakistan games.

How can we enjoy a cricket match with a nation that is killing our citizens as we speak, and heaping the worst kinds of barbarities on its Hindu minority? Every day, we watch the cries of those Hindu families that are shattered by the terrorism and Islamofascism that define modern-day Pakistan. Are we supposed to just forget that, and then watch cricket with that same country as if nothing happened?

Now, let’s address the usual arguments trotted out against this natural human reaction.

1.) Let’s not mix sports and politics

This one is so asinine that its hard to figure out where to begin dismantling it. Ban on sporting ties is the easiest way to signal that another nation’s behavior is not ok. It, and other steps like cutting trade, diplomatic ties is far better than resorting to war. But in the dystopian polity created by our Hinduphobic elites, we are made to feel guilty for demanding this very bare minimum act against a nation that bleeds us and persecutes people like us.

We have 100-times the justification to cut all ties with Pakistan, compared to how the US-led West has gone about making Russia an international pariah, despite Russia not threatening any Americans or having any direct territorial conflict with it. Russia only invaded Ukraine to end the persecution of Russian-speaking people in Eastern Ukraine, and the West has gone to ridiculous extremes to snap ties at every level and is even bullying other nations to follow their cue.

Wasn’t apartheid-era South Africa boycotted? What Pakistan is doing with us and its Hindu population is worse on any moral scale than the apartheid discrimination faced by Black South Africans. Yet, our Lutyens’ elites can’t help but push for ‘peace and talks’ every 6 months with this terrorist, Islamofascist nation!

2.) It’s ok, this is a multi-lateral tournament. We have stopped bilateral cricket with Pakistan.

Yes, thanks to Ishwar for such small mercies. But the desperation of BCCI and our media to organize and cover Bharat-Pakistan matches is revolting. Just see how the Asia Cup groups have been created. By keeping Bharat and Pakistan in the same group, and stretching the tournament with a Super 4 stage, they have ensured the maximum number of Bharat-Pakistan matches (3, if the two teams meet in final). Normally, you would keep the two strongest teams in the tournament in different groups. Clearly, the ACC (Asian Cricket Council), currently led by BCCI secretary Jay Shah, has tried to maximize revenue from these ‘blockbuster’ matches.

So what, if a Pakistani Hindu father curses his fate for being born a Hindu in that Islamofascist nation as he sees his young daughter lying on a bed, unable to move after days of gang-rape by armed Islamists who abducted her and then nonchalantly dumped her when they had no more use for her.

At the very least, if we just can’t avoid playing Pakistan in tournaments, wear black armbands as a mark of protest! You are ok to take the knee for ‘Black Lives Matters’, but you can’t even do the bare minimum for Hindu lives?

This is the sickening level of discourse that our diseased polity has reduced us to. Even speaking up against an ideology like Islamism which treats kafirs as sub-humans, is labelled as ‘spreading hate’. Pakistani society is indoctrinated at all levels with toxic anti-Hindu hate. Their religion and identity as a nation is steeped in ideas of ‘ruling over Hindus for 1000 years’, two-nation theory, being ‘pure’ (Pak-istan), having ‘pure hearts’ (unlike ‘naPak Hindus’) as Shahid Afridi put it, of being better than Hindus whose “zahaniyat hi aisi hai” (nature is impure) as Sohail Tanvir put it. They believe in Ghazwa-e-Hind (Islamic conquest of Bharat before end times prophesized in Islam) as Shoaiab Akhtar admitted, and they value showing supremacy of Islam in front of kafir Hindu players even more than cricketing performances as Waqar Younis educated us.

Anti-Hindu attitudes are widespread among Pakistani cricketers, news anchors, preachers, artists, and other classes as the indefatigable @pakistan_untold handle has shown time and again. Such attitudes and casual anti-Hindu bigotry is mainstream in Pakistani society. Those who still root for Bharat-Pakistan cricket may have decided to bury their head in the sand and kill their conscience, but some of us still have humanity left in us.

The extra-friendly behavior of some players, such as our woke ex-captain, grates on the ordinary Bharatiya’s nerves. We see a Sikh player like Harbhajan Singh, despite his friendship with Pakistani cricketers, speak up against the abduction and forced conversion of a Pakistani Sikh girl, but not one ‘Hindu’ cricketer has uttered a single word in public about the daily abductions, rapes and murders of Pakistani Hindu girls?

These star cricketers pontificate to us Hindus on our festivals and some claim to do charity, but have they ever bothered to do something for the suffering Pakistani Hindu refugees? To his credit, Shikhar Dhawan is one cricketer who at least visited the Adarsh Nagar refugee camp in Delhi, but then again he seems unable to look beyond the superficial ‘Punjabiyat – Assi Tussi’ bonds to take a clear stand against Adharma.

Why we should look beyond cricket

The disconnect with cricket actually has gone deeper. And no, its not for the usual fulminations trotted out by those yearning for a bygone era where cricket was a “gentleman’s game” (it never was), railing against commercialization, T20 etc. My reasons are very different.

We see Bharat being hated by the White cricket-playing nations for IPL’s success and for allegedly ‘bossing’ cricket. These same nations ran ICC like their personal fiefdom till 30 years back before Jagmohan Dalmiya broke their stranglehold. But they still monopolize key executive posts and insinuate that Bharat is ‘corrupting’ the game. White commentators’ patronizing attitudes and snarky comments about ‘dust bowls’, and labelling English green tops as ‘proper test of technique’ are not lost on anyone anymore. The days of Bharat swooning over Boycott’s Yorkshire accent and platitudes for Prince of Calcutta are over.

We know what you think of us when you mock us for our accents, all the while playing the very IPL league that earns you millions! The racism bubbling under the surface is all too clear, and we now have a very clear idea of how bad it is behind closed doors and within teams where White players have historically held the upper hand.

The sickening way in which our elites fawn over ex-cricketers like Ponting who disgraced the game with their atrocious, quasi-racist antics is not lost on their own courageous cricket writers, but our spineless HINOs have no self respect and invite such ex-players back as IPL coaches, commentators and what not. Australians still go on and on about the Sydney test pretending as if they were the wronged ones! Our media outlets still run to Pakistani cricketers for their inane bytes on Bharatiya cricket.

Now, before someone jumps up to paint this as a position against all White cricketers, let me state very clearly that there are as many good apples as bad ones, and no one is expecting robotic, politically correct behavior 24×7 from cricketers. Players like Pat Cummins, Shane Bond, John Wright etc are universally well liked and there are others who can be abrasive yet respectful of opponents.

Clearly, cricket is a game played by a handful of ‘Commonwealth’ nations. That many still don’t see a problem with that colonial-era label ‘Commonwealth’ 75 years after independence, is yet another indicator of how far we have to go as a nation to fully decolonize. We also saw the kind of biases that kept recurring during the recent CWG games. High time we exited this ‘Commonwealth’ and demanded that this shameful vestige of a brutal colonial Empire, British Empire 2.0 as some have labelled it, is disbanded altogether.

It’s for all of these reasons that I hope our society can get over the fixation with cricket, and in the coming decade we reject the demeaning descriptions of Bharat as a nation where ‘cricket is religion’. New sporting icons like Neeraj Chopra, PV Sindhu, Ravi Dahiya etc are showing the way ahead. It’s better to embrace our native sports and those where we can really test ourselves on the world stage, instead of obsessing over a game with barely a dozen serious contenders.

Anyway, whether you watch the match today or not, please pray that Bharat loses. Because if we win, then this is how ordinary Pakistanis will ‘avenge’ the loss – by abducting Hindu girls to teach the kafir a lesson. Just another reason to avoid playing that evil nation in any sporting tournament.