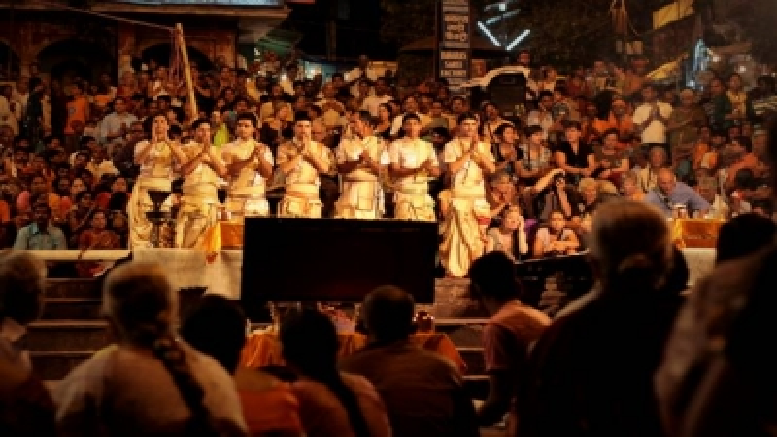 In post-partition Bharat, the Rashtriya Swayamsevak Sangh (RSS) has remained the only prominent flag-bearer of the concept and the ideology Hindu nationalism.

After independence, with the influence of the Hindu Mahasabha losing its impact, it was these bands of lathi wielding Swayamsevaks sporting white shirt and khaki shorts who emerged as the symbol of Hindutva.

Influenced by V. Savarkar, Keshav Baliram Hedgewar, a doctor in the city of Nagpur founded RSS in 1925. Later, the RSS’ political wing, Jan Sangh founded by Shyama Prasad Mukherjee in 1951 carried on the mantle (At present in the BJP avatar).

The concept of Hindutva gained prominence in the 1980, when RSS called for a Hindu temple (Ram Mandir) to be built in the spot of a 16th century mosque (Babri Masjid) at Ayodhya, in northern Bharat. The events that followed eventually changed the Bharatiya political scenario. However, following the call, northern Bharat became the epicentre of the idea of Hindu revivalism. But, it was in the pre-independence undivided Bengal, where the roots for the rise of Hindutva were sown.

Mondobina Gupta, a journalist and an author in an article, Historical Roots of the Rise of Hindutva in West Bengal’ indicated that the “threat of being demographically overpowered by Muslims” was actually put into words by an author, U.N. Mukherji in 1910.

“U.N. Mukherji, author of a

suggestively titled pamphlet called Hindus: A Dying Race (1910), projected a scenario of doom and extinction for the Hindu community. Citing census statistics, Mukherji argued that there would be a demographic overpowering of Hindus by Muslims. He invoked a warning by C.J. O’Donnell, Bengal’s census commissioner, who in 1891 calculated the number of years it would take for the Hindus to “disappear altogether from Bengal, if the Mohammedan increase went on at the rate it was doing,” Gupta wrote.

Much before the concept of Hindutva became associated with the Hindu right wings, the term was coined in Bengal for the revival of Hinduism. In 1892, for the first time ever, the term “Hindutva” was invented or conceptualised by Chandranath Basu, a Bengali litterateur in his magnum-opus-Hindur Prakrita Itihash(Actual History of Hindus). This apparently is the “first recorded” use of the word “Hindutva”. Chandranath went on to project Hindus as “fundamentally superior to people of all other faiths, whose traditional social customs and practices in that they have survived centuries of thought-schools and hence were axiomatically superior to western culture and way of life. Basu was against religious conversion and “insisted that India shall not be a homeland to foreign religions like Islam and Christianity.”

Born in 1826, Rajnarayan Basu, an educationist, litterateur and intellectual established Jaitya Gaurab Sampadani Sabha (Association for Achieving National Glory)’ in Medinipore(Midnapore), and Savjibani Sabha (Association for Regeneration)’ in Calcutta(now Kolkata) for promoting Hindu nationalism. His writing Hindu Dharmera Sresthta’, (The Superiority of the Hindu Religion’) in 1879 was also on the lines of Hindu revivalism.

It was in Bengal that Dharma Rakshini Sabha (Protection from conversion) was founded in 1869.

The first congregation of the Hindus took place in West Bengal. In 1867, Nabagopal Mitra, a playwright, poet, essayist and a patriot started a political and cultural festival called-“Hindu Mela.” The objective as stated in various articles was to “instil a sense of national pride among the people of Bengal and India.” As records indicated, in 1875, Rabindranath Tagore, who was then 14-years-old recited his first poem-Hindu Melar Upahar(Hindu Mela’s Gift).” This incidentally was the first poem published in the name of Rabindranath Tagore.

In 1853, Girish Chandra Ghosh founded the newspaper-‘Hindoo Patriot’. During the 1857 mutiny stories published in the paper indicated that the rebels “harmed their own cause by placing their trust in the leadership of Mughals”.

“Vande Mataram”, pronounced in Bengali as Bande Mataram (Mother I bow to thee), appropriated by the right wingers was written by Bankim Chandra Chatterjee in 1876. His novel “Anandamath” (in which he included the poem) written in 1882 is open to many interpretations.

Sandeep Banerjee, Associate Professor Department of English, McGill University, in his book, Space, Utopia and Indian Decolonization’ while talking about Anandamath wrote-“The ending simply concretizes the distinct anti-Muslim tenor that runs through Anandamath.” Banerjee maintained in his book that “Anandamath is thus complicit in creating a reified category of the “Muslim” and situating it as an “other” to a normative Hindu identity in modern South Asia, an idea that would gain pan-Indian purchase over time.”

Pointing fingers at the Hindu Bengali bhadralok, Banerjee wrote that replicating the “common sense” of colonial historiography that presented Hindus as the original inhabitants of Bharat, the bhodrolok, following their colonial masters, styled themselves as descendants of the Aryans while portraying Muslims as tyrannical foreign conquerors of Bharat. He concluded by maintaining that the” anti-Muslim rhetoric of Anandamath not only draws on these ideas but also provides them with an imaginative and affective gloss before releasing them into the public sphere. These ideas would inform the ideology, including the blut und boden nationalism, and the horizon of political action of the Hindu Right in colonial as well as postcolonial India.”

Even before the first partition(1905) Bengal witnessed the rise of nationalist organisations. Most prominent among them was the Anushilan samiti or the Body Building Institution. It was established by the local Bengali youths and akharas in Bengal. The Anushilan Samiti was led by Aurobindo Ghosh, his brother Barindra Ghosh and was influenced mainly by Hindu Shakta philosophy- as established by Bankim Chandra Chattopadhyay and Swami Vivekananda. Incidentally Shaktisim is worship of Hindu goddess Shakti-power or energy.

After 1905(first partition of Bengal) the simmering difference between Bengali Hindu bhadraloks and Muslims came to the surface when the Britishers introduced Communal Award 1932′. In short, the Communal Award was a proposal on minority representation. Joya Chatterji, professor of South Asian History while talking about 1947 partition of Bengal in her book- Bengal Divided-Hindu communalism and partition(1932-1947) wrote-“The Communal Award reduced the Bengali bhadralok to being an impotent minority in the legislative assembly. For the first time in the history of Bengal’s legislatures, Muslims were placed in a position of strength relative to the Hindus.”

Chatterji stated: “Given the decline of bhadralok fortunes, the vehemence of the Hindu reaction is hardly surprising.” She pointed out that the “bhadralok did not invoke standard nationalist critiques of British policies instead their anger was directed against the group that they regarded as the Award’s greatest beneficiaries, the Bengali Muslims.”

Gradually as the influence of Bengal declined over national politics the politics of bhadraloks became more sectarian. “In less than forty years, bhadralok politics had come full circle, moving away from nationalist agendas to more parochial concerns shift from nationalism to communalism,” Chatterji pointed out in her book.

Cut to the modern times, particularly the recently concluded high voltage West Bengal elections. The verdict is out, the flag-bearers of the Hindutva were defeated. But did Bengal and Bengali bhadraloks reject Hindutva? Or is BJP’s rise from four to 76 seats could possibly be a signal of history repeating itself in Bengal after nearly 100 years?