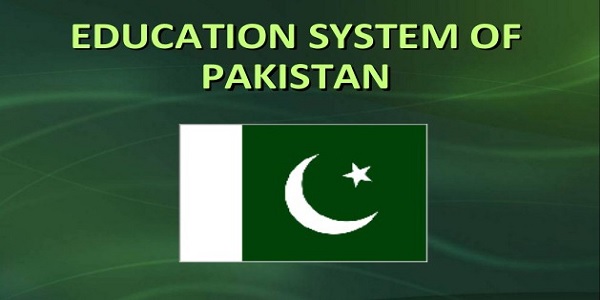 “Our education system must provide quality education to our children and youth to enable them to realize their individual potential and contribute to development of society and nation, creating a sense of Pakistani nationhood, the concepts of tolerance, social justice, democracy, their regional and local culture and history based on the basic ideology enunciated in the Constitution of the Islamic Republic of Pakistan.” – Vision, Ministry of Education, Pakistan

Education of its children is perhaps the most vital investment a State makes in order to assure a steady ‘supply’ of ideal citizens that will further the State’s interests in future. Thus, each responsible Nation State strives to provide the best possible education to its young, depending upon factors such as demographics, economics and culture.

At the same time, it is also true that Nation States at times also utilize this same, formalized education to perpetuate and disseminate their own political viewpoints, resulting in generations growing up with a blinkered view of their own history and flawed understanding of issues facing their nation.

However, in the case of Pakistan, the Nation State sought to rid itself of the trauma of the events of 1971 by intensifying the use of education as a political tool. This was done mostly due to the identity crisis which faced the country after the loss of its Eastern Wing effectively nullified the Two Nation Theory on which the Islamic Republic of Pakistan was proclaimed during the independence struggle. Over the years, this has manifested itself in ways perhaps unimagined by the rulers of the day.

The war of 1971, which resulted in the breaking up of Pakistan, can be viewed as a watershed event in the life of the country. The population had been steadily fed on govt propaganda of Pakistan being a strong nation, able to hold its own against a much larger but weaker adversary, Bharat. They were kept in dark by the State about the situation obtaining in East Pakistan after the recent elections.

As late as a day before surrender, newspapers ran reports of glorious victories over Bharat. And then out of the blue, came a jolt – Pakistan Army in East Pakistan had surrendered to an adversary that was supposed to be much weaker.

It was at this moment in Pakistan’s history that Zulfiqar Ali Bhutto ascended to the highest office in the land. Though his personal lifestyle, politics and general outlook can be described as ‘liberal’, he decided to use the glue of religion to bring the country back together.

Accordingly, a ‘Curriculum Wing’ was established in order to perform curriculum related activities.[1] Even as article 22 of the 1973 constitution promulgated by Bhutto emphasized that: “no person attending any educational institution shall be required to receive religious instruction, or take part in any religious ceremony, or attend religious worship, if such instruction, ceremony or worship relates to a religion other than his own,” Bhutto introduced the subject of Islamiat (Islamic Studies) in the national curriculum vide Articles 31 (a) and (b) of the 1973 Constitution that required the State: “to make the teaching of the Holy Quran and Islamiat compulsory, to encourage and facilitate the learning of Arabic language…[and] to promote unity and observance of the Islamic moral standards.” Islamiat was devoted to imparting the fundamentals of Islam; the life and teachings of the Prophet Muhammad; his wives, companions and other important Islamic personalities; key events during Islam’s early history; and important passages from the Quran.

The Islamic education thus introduced by Bhutto was made further rigid during the rule of Gen Zia ul Haq. Under Zia, education quickly became a tool of indoctrination and the means for the construction of a parochial Islamic/Pakistani identity. A National Education Policy and Implementation Program was announced in 1979, which stated: “The highest priority would be given to the revision of the curricula with a view to reorganizing the entire content around Islamic thought and giving education an ideological orientation so that Islamic ideology permeates the thinking of the younger generation and helps them with the necessary conviction and ability to refashion society according to Islamic tenets”[2]

This process of subtle subversion via school curriculum carried on under the radar because international focus remained fixated on Madrassas as breeders of intolerance. The focus of Gen Zia ul Haq was clear. He said in his inaugural speech, “Our curriculum must ensure that our children are brought up educated as good Pakistanis and good Muslims. They must imbibe the lofty ideals and principles of Islam.”[3]

Under the new policy, study of Islamiat was made compulsory from classes I to X, later extended upto BA. During the same period, a section of the Islamiat syllabus was separated for Sunnis and Shias at the level of Class IX and X. Separate books were introduced for students of the two sects but a common book was reintroduced in 1999. However, they would still attempt distinct sections of the examination paper.[4]

This process must, however be seen a part of the larger process of Islamization that was underway since 1971, gathering pace during the Zia years during which many new laws were introduced by the Govt of Pakistan, including the Zakat / Usr system, Hudood Ordinance and the Blasphemy Laws.

(This article was first published on author’s blog on August 19, 2017 and has been reproduced here in full with his permission.)