A Sad Children’s Day Special: Are Christian Schools and Institutions Violating Right to Life of Children? 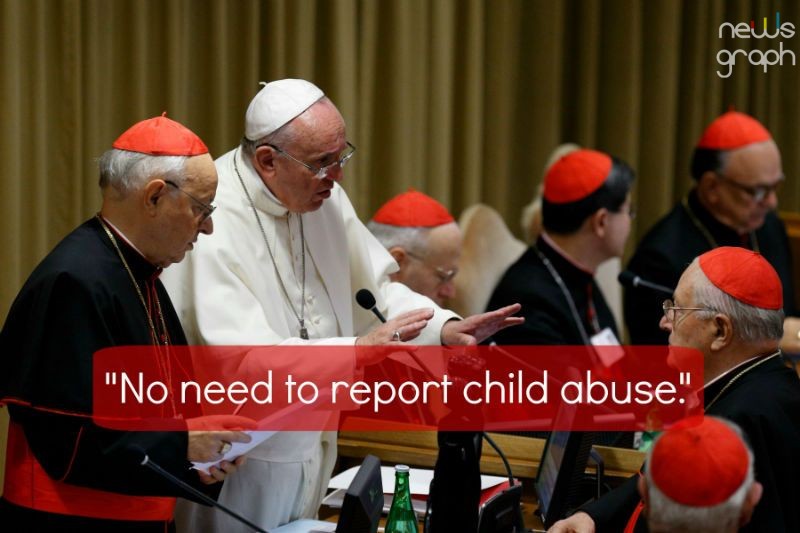 In the entire Christian Western world, the Christian churches of almost all denominations are under investigation for sexual abuse of children (“child rape”) as young as toddlers. Astronomical numbers of Christian priests, a massive proportion of all priests, have been found guilty of abusing equally unimaginable numbers of children.

The most shocking of all is that an investigative report turned into a book by three Christian priests (not any outsiders), Thomas P Doyle et al, has shown that this is an ongoing phenomenon since the origin of the Christian Church. That is, the child sex abuse is a 2000 year old epidemic that refuses to die away. Imagine the millions of children abused over the last 2000 years, not just one or two years or decades or even centuries.

Given such horrendous state of affairs across the globe and a huge mountain of empirical data and evidence against the Christian Church, Bharat continues to pamper the Christian Church in the guise of protecting the minorities. Does not the constitutional Right to Life, or the human right to life, precede and supersede any so called rights of the “religious minorities”? That too, the right to life of vulnerable children to be protected from the risk of child sex abuse?

Yet, we have an executive, a judiciary and a cohort of so-called secularists and company, who ignore all such empirical data and risk our children’s (both Christian and non-Christian children go to Christian schools and institutions) Right to Life and to be protected against sexual abuse. In fact, the Christian Catholic Church is known to have even appointed child rapists priests who have been jailed in the USA to parishes in Bharat. Such is the gusto of the Christian Churches and the lack of spine of Bharat’s legal framework or its implementation.

This happens because of the misinterpretation and abuse of the mere word called “secularism” and the principles it ought to expound. A person can hypothetically be a Christian in the morning, become a Hindu in the afternoon and convert to Islam in the evening. So does the person claim minority rights in the morning, lose it in the afternoon and regain it in the evening? How ridiculous is it?

Religion, by its mere nature, is mutable unlike the colour of one’s skin and race. Even citizenship is so mutable these days that many people in this globalised world have more than one citizenship!

So it is time to stop playing this hypocritical game that puts our children (both Christian and non-Christian children) at risk. At the bare minimum, all Christian institutions should be nationalised and every point of contact between the Christian priests and children should be under scrutiny by unbiased auditors, which would mean non-Christian, non-religious-minority auditing personnel.

There can be no unrestricted right to run religious institutions for the minorities if it violates a more fundamental and much more universal, natural Right to Life.

For some people who cannot understand empirical scientific evidence let it be reminded that the Christian Churches run a humongous number of schools and youth institutions. It is likely that almost half or only a little less than that (but probably more in many states) school-going children in Bharat attend Christian schools run by Christian Churches and organisations.

Apparently, even Childline helplines are often run by Christian NGOs; imagine the plight of a child calling such a line to report an abuse!

Can there exist a worse jungle raj than what exists now under the nose of our exalted Constitution and its judicial guardians, given the above facts?

These references are only the proverbial tip of the iceberg: