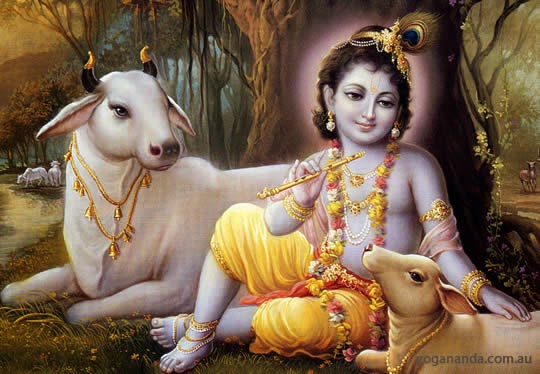 I have always heard it time and again since childhood but not in as blatant terms as it has been said this time around. It repeatedly emanates from people trying to tarnish the magnificent image of Hindu Dharma. It has been perpetually distressing for me but I never had a repartee or a logical explanation in this regard. As I grew up, I made a promise to myself to conduct a thorough research about the actual religious history behind the matter and when Prashant Bhushan made this disgraceful comment, I was determined to demonstrate before the world, the reality of the matter.

To begin with, let me assure one and all that the human mind and all other things concerning it are ‘Maayik i.e. materialistic’ and no matter how hard we try, we can never ever, on our own, understand even a tad bit of the ‘Divya  i.e. the divine’ unless God Himself mercifully enlightens us. We are governed by Maaya whereas God  is the governor of Maaya.

Our Vedas preach that there are three perpetual tatva- Bramha(God) , Jeev (us) and Maaya. Likewise, there are three paths or margas to attain the Almighty – Karma , Gyan and Bhakti out of which Bhakti has been crowned as the greatest path for His attainment. The Rama avatar in Treta-yuga was to establish dharma (karma). This is the reason that Rama conducted himself in the most righteous manner and was called the Maryada-Purushottam. On the other hand, His later incarnation in the Dwapar-yuga as Krishna was to spread the message of love and devotion; the love which is immaculate and pristine.

In Braj, there were 3 classes of Gopis. The supreme class of Gopis had come along with Krishna from his divine adobe i.e. the Golok Dham which also included the Ashta-Mahasakhis.

After them were the rishi munis and param-hans (one of the highest stages in Gyan marga) who lived during the incarnation period of Bhagwan Rama. They were so fascinated by His divine personality that they requested Him that they be reborn as women to cherish his love to the highest degree. As Rama’s incarnation was to establish dharma, this was not possible in this avatar of His. He promised them to grant their wish but during his Krishna avatar span. So all of these param-hans  were later reborn as per their boon as gopis.

The third class of gopis comprised of the embodiment of the Vedic couplets who came to the earth to sing the glory of Krishna.

Therefore, as both Bhagwan Krishna and the gopis accompanying him were not material beings, they should not be, and more importantly, cannot be seen and judged from the same perspective as is applicable to general human beings.

Another issue that attracts a lot of attention and is debated a lot is of the 16,108 weddings of Bhagwan Krishna. As He was a mere gwala (cow herd) in Vrindavan, it was all about ‘bhakti’ there. Whereas, in Dwarka it was all about ‘aishwarya’ where he was the King. Also the reality is not in accordance with the perception, that he in his own single-form married all the women. He actually held 16,108 distinct forms himself and individually married each woman to grant the wishes of their previous births. One of them was Rupmini, the incarnation of Maha Lakshmi, the wife of Maha Vishnu of Ksheer Sagar.

Bhagwan Krishna possessed utmost detachment and all this was part of his divine leela. People who make such type of comments without having a clue about the glorious mythology and divine scriptures of the Hindu Dharma should get this into their head that matters concerning the Almighty are not only beyond the ability of perverted minds, but also concern the conviction of millions of Hindus across the globe.

I myself, being a Hindu, strongly condemn such disgraceful remarks. Such irresponsible statements shouldn’t be made for petty political gains or for being in the headlines. Let us all, children of God, understand the oldest Dharma, the Sanatan Vedic Dharma, which has taught us so much and is capable of giving us so much more. Such harebrained people due to their lust for limelight, are committing a grave sin, but fortunately for them, God treats all his children alike. May God bless them all with wisdom!

10 April: The yuga mentioned for Sri Ram and Sri Krishna has been corrected.