Pakistan Tries to Protect its Poor Cattle Owners, While Liberals in Bharat Demonize Theirs 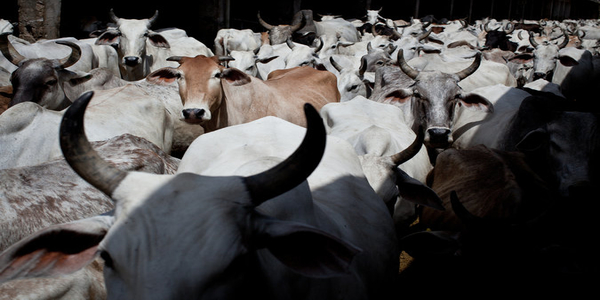 We all agree that mob-lynching has no place in a civilized society. However, merely agreeing on this does not take us any closer to a solution. The problems only worsen if we promote a one-sided narrative, whether out of a desire to politically weaponize the crisis or simply out of an itch to rid ourselves of a narrative-induced guilt.

Every now and then we are hit by a flurry of articles about mob lynching related to cattle thefts, the latest in the series having been triggered by the death of Akbar Khan. The narratives in these articles tend to be one-sided in multiple ways. The entire focus rests squarely on “Hindu groups” lynching Muslim men. Purely anecdotally and without furnishing any numbers, the phenomenon is asserted as systemic and as enjoying political patronage.

And thirdly – the point of this article – the motive is wrongly characterized as Hindu religious belief even in cases where it is explicitly economic. For instance, The New York Times article which purports to read Jayant Sinha’s mind and concludes that he must have been “seduced by hate”, talks of “Hinduism’s taboo” against cow-killing but doesn’t utter a word on poor villagers who have their cows stolen or get killed for trying to save their cows.[See footnote]

The case of Pakistan

To understand how far the problem is rooted largely in economy and law-and-order issues, as opposed to the secular narrative of selecting Hindu traditions for demonization, we need to look no further than our Muslim neighbor to the west. Here is a peer-reviewed paper in a western journal from three years ago, about live-stock theft being an endemic crime in Pakistan, whose abstract reads:

“Stock theft is an endemic crime particularly affecting deep rural areas of Pakistan. Analysis of a series of cases was conducted to describe features of herds and farmers who have been the victims of cattle and/buffalo theft in various villages of Punjab in Pakistan during the year 2012. A structured interview was administered to a sample of fifty three affected farmers. The following were the important findings:

i) incidents of theft were more amongst small scale farmers,

ii) the rate of repeat victimization was high,

iii) stealing was the most common modus operandi,

iv) the majority of animals were adult, having high sale values,

vi) only a proportion of victims stated to have the incident reported to the police,

vii) many farmers had a history of making compensation agreements with thieves,

viii) foot tracking failed in the majority of the cases,

ix) all the respondents were willing to invest in radio frequency identification devices and advocated revision of existing laws.

The study has implications for policy makers and proposes a relationship between crime science and veterinary medicine.”

Quoting this abstract at the popular Economics blog Marginal Revolution, economist Tyler Cowen (incidentally an Islamophile who is no friend of Hindus) had remarked: “This is in fact a significant and understudied topic in development economics, namely small-scale predation in rural settings.“

Police from Khanelwal district of Pakistani Punjab even maintains a webpage to help people protect their cattle from thieves, and ask people to keep the police informed if they see any suspicious activity. As per news reported in Pakistan’s news portals Dawn in 2004 and The News  in 2010, the Chief Minister of Pakistani Punjab announced drives against cattle thieves. In fact, female cow slaughter is banned (yes, banned) by Pakistani Punjab as per the the Animal Slaughtering Act of 1963.

The following are some links to news items concerning live-stock theft in Pakistan, many of them also featuring mob lynching by Pakistani men, who one hopes our secularists do not consider “Hindutva goons”:

As bonus, read about an incident of mob-lynching of a suspected cattle thief in Bangladesh.

In fact, this problem seems to have a lot of history too. A popular twitter user had this to share:

My grandpa, back in 1930s in Pak, was nearly lynched for stopping cow smugglers from stealing cattle. They slashed his hand with a sword, only when he asked 4 his gun, they ran

For an agrarian economy where cattle play an important role, where the law and order machinery is underdeveloped, cattle theft presents a serious problem that afflicts many poor citizens. This is so even in an Islamic country like Pakistan, which has been making serious attempts to help people protect their cattle, as some of the links above show.

In contrast, Bharat sees a one-sided narrative by the secularists, for whom humiliating Hindus is more important than protecting poor people from thefts or from murders by thieves. Thus, the secularists exacerbate the problem and increase the polarization in our society.

Ironically, it is secularists who insist on interpreting Muslim invasions of Bharat as economically motivated, even though many of those invaders themselves proudly declared their motivation to be religious. Thus, for the secularists, religious genocides by Muslims are to be consistently counted as economic in motivation, while economic crimes by Hindus, even if in self-defence, are to be necessarily portrayed as religiously motivated, and used towards their end of de-legitimizing Hindus. The long-term consequence of such a narrative is not only systemic asymmetry that decreases the value of and protection for Hindu lives, but also the peace, stability and progress of the entire nation.

This article covering numerous incidents of cow-theft in Bharat.

This article in OpIndia has listed murders of common citizens and even police officers by the meat mafia.

This article in India Today, though a rare and welcome exception listing a few attacks by meat mafia on common citizens, fails to incorporate incidents involving murders into their list.