‘A Little Bit of Cheating in an Examination is Not Really Cheating’: Former UP CM Akhilesh Yadav 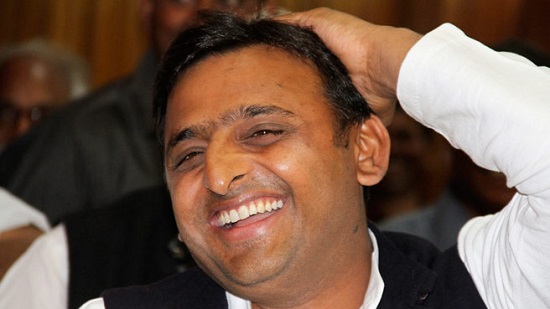 Samajwadi Party chief and former UP Chief Minister Akhilesh Yadav has once again raked another controversy after his recent comments about cheating in examinations. While speaking in an interview to a leading TV Channel, Akhilesh Yadav said that a ‘little bit of cheating’ in an examination is normal, accepting that even he has indulged in such cheating.

A NewsX report on the statement said:

“Further speaking on the issue, Samajwadi Party (SP) chief Akhilesh Yadav said that Cheating is there, If I say I have never cheated, and you will say maybe it wouldn’t be there, there is no one who can say that they wouldn’t have cheated. Out of all the students, I believe that there will be 10% who wouldn’t be doing cheating in exams, but a little bit of cheating, everybody does … so would you call that cheating?”

Akhilesh Yadav’s statement comes at a time when the Yogi Adityanath led UP Government has launched a major crackdown on brazen mass cheating during examinations that has long been the bane of UP’s education system – due to measures taken against the ‘cheating mafia’, around 10 lakh students of the 66 lakh-odd who registered for the UP Board exams dropped out this year. So Akhilesh’s comments can be seen as a dog-whistle message to the section of youth who would prefer that things revert to status quo.

This statement not only reflects on the ethical standards that the entire cabal of Samajwadi Party leaders hold themselves to, but also tells a lot about the kind of governance they provided during their rule. The socialist pioneers like late Ram Manohar Lohia and Jayaprakash Narayan that SP swears by, would be mortified to see the kind of people who are today laying claim to their legacy.

How does a party chief claim to build a corruption-less society while himself nonchalantly confessing to have indulged in cheating? Abuse of power, encouragement of criminal elements and immorality in society should not come as surprise if politicians like Akhilesh Yadav are elected to power.

However, this is not the first time an SP leader has given such nonsensical statement. Here are a few of the many instances when members of ‘Samajwadi Party’ made controversial statements:

But there is probably no point blaming Akhilesh Yadav, as children usually learn values from their parents. Akhilesh’s father Mulayam Singh Yadav, the founder of Samajwadi Party, once justified rape as a “Boys will be boys” mistake, and even questioned the very feasibility of gang-rape saying that it was not practical for four boys to rape a girl at a time.

Moreover, the ‘little cheating is ok’ mindset is echoed by more sophisticated members of the same left-liberal establishment like senior NDTV journalist Sreenivas Jain who once implied that Ishrat Jehan and her co-terrorists were victimized by Gujarat police as they had only come to do a ‘Chota Mota’ (small) blast and were not targeting CM Modi. The same Sreenivasan Jain had questioned the ‘heavy hand’ used in dealing with Hinduphobic activist Teesta Setalvad’s financial impropriety.

Incidentally Economic Times has come out in Akhilesh Yadava’s defence with an article titled ‘Akhilesh Yadav is not the only one who is okay with a “little bit of cheating”‘. This is not surprising given that Economic Times, and in particular its journalists like Rohini Singh and Aman Sharma, acted as an unofficial cheerleader of SP in the run up to last year’s UP assembly elections. A generous land grant by the Akhilesh-led UP Govt for the Bennett University established by Times Group, giving rise to murmurs of a quid-pro-quo.

These are the kind of politicians & their supporting left-liberal ecosystem which claims to present a viable alternative to the present NDA government. There is nothing like a perfect choice, especially when it comes to politics. But the difference, judged by any parameter, between the Modi-led Government and what the left-secular Congress-led front offers, couldn’t be starker.

The work done over the last 4 years to lift the country out of the morass of corruption and dysfunction that UPA had left us in, will be brought to nought if we the people turn back to Akhilesh Yadav and his ilk.