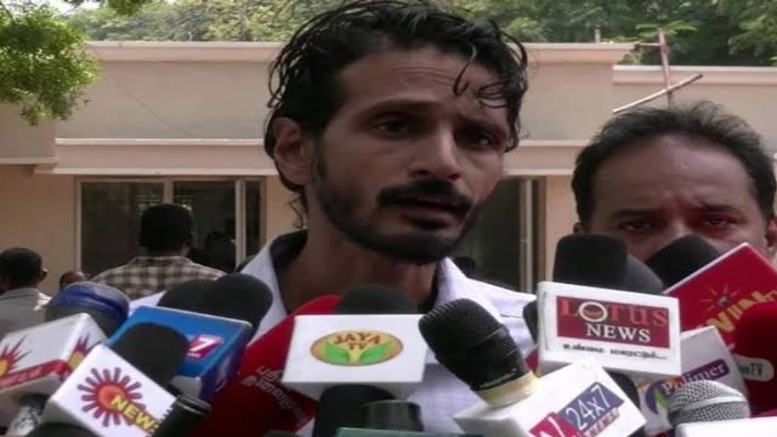 Nationalist and pro-BJP YouTuber Kishore K Swamy was arrested by the DMK government in the middle of the night. Kishore who is a critic of DMK’s anti-Hindu and anti-development politics, was arrested from his house at 2 AM last night.

Kishore was exposing the past history of DMK and its leaders CN. Annadurai, ‘Periyar’ EV. Ramasamy, M. Karunanidhi and CM MK. Stalin. He had tweeted an extract from the questionnaire of Tamil poet Bharathidasan who was a Dravidian ideologue. Bharathidasan had fallen out with CN. Annadurai and wrote that the latter took his niece to a wealthy man’s house to earn money. DMK supporters took offence to this and started demanding that Kishore be arrested. Following this, threatening calls were made to Kishore and he had shared mobile numbers of the people who threatened to kill him. After that Ravichandran, a coordinator of the DMK IT Wing of Kancheepuram district, filed a formal complaint with the police. The Hindu reported that Kishore has been booked under ‘sections-153 (Wantonly giving provocation with intent to cause riot), 505(1) (b) (Causing fear or alarm to the public, or to any section of the public whereby any person may be induced to commit an offence against the State or against the public tranquility) and 505(1)(c) (Whoever makes, publishes or circulates any statement or report containing rumour or alarming news with intent to create or promote, or which is likely to create or promote feelings of enmity, hatred or ill-will between different religious, racial, language or regional groups or castes or communities) of Indian Penal Code’.

Police produced him before a magistrate and lodged him in jail. He has been remanded till June 28th. While Kishore only shared what one Dravidian leader said about another, it is unclear how and why he has been booked for ‘wantonly giving provocation with intent to cause riot’ under section 153 of IPC.

Kishore’s arrest has excited DMK supporters who have been baying for the blood of Tamil Hindus, especially Brahmins. Many of them issued threats against popular RW accounts saying they should keep quiet to avoid arrest and that “sanghis cannot get away..these arrests will strike fear into Savarkars”.

This is what the Dravidian brethren wanted. The message is loud and clear. Sanghis and thambis cannot get away after criminal intimidation and uttering defamation against Dravidian legends.These arrests will strike fear into savarkars & zombies.

Those who issued death threats to Kishore are scot free, while those who target a particular community, spread discord and issue threats of jailing others are freely exercising the right to ‘express’ themselves. Kishore who only quoted Bharathidasan’s words has been arrested, in a true exhibition of fascism.

From TN to WB to Maharashtra, non-BJP governments are demonstrating that democracy is only a facade for their true fascist natures. The BJP government at the centre, on the other hand, has gone to the other extreme and is unable to exercise its Constitutional power to protect its workers from targeted mass violence, or to clear illegal protestors who have held the national capital region hostage for months.