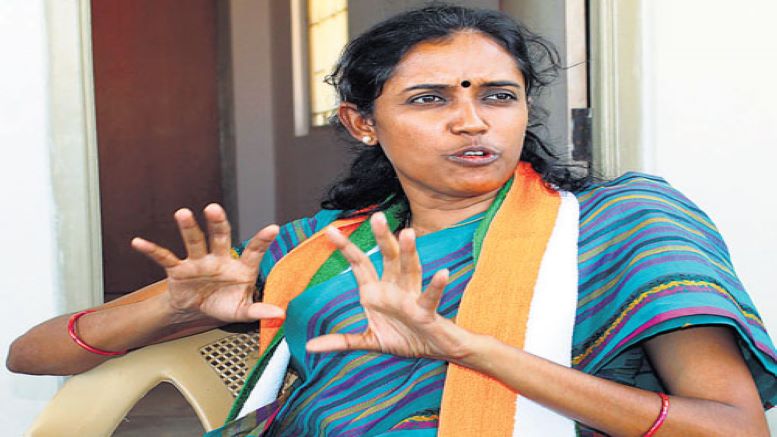 Congress MP Jothimani is the latest from the party to offend Hindu sentiments in a bid to push Rahul Gandhi’s BreakingIndia agenda. The MP speaking to Times Now insisted that none in Tamil Nadu (TN) worships Prabhu Sri Ram. She further stated that the people of the state believed in ancestor worship in what can be construed as an attempt to ‘differentiate’ Tamil people and give them a ‘distinct identity’ from the Hindus.

“I don’t know Ram because we are indigenous people and we follow our ancestor worship. You ask anybody in Tamil Nadu. You don’t see any Ram Temple in Tamil Nadu. Every week I go to the temple where my clan used to go, basically, it is ancestor worship”, the MP said. She then went on to bring in South Indians, North East, OBC, ‘Dalits’, and others to reiterate her point that all of them weren’t part of the Hindu society.

The Congress, which is overly dependent on its ally DMK (Dravida Munnetra Kazhagam) in TN, has repeatedly raised questions about the existence of Prabhu Sri Ram. Therefore, it isn’t really surprising that Jothimani would make such statements.

Recently, senior Congress leader Rahul Gandhi had made several unsubstantiated claims including questioning the existence of Prabhu Sri Ram and several other sinister anti-Hindu remarks while speaking at a book launch function. It is pertinent to note that Congress leaders even raised fingers at the court verdict after the Ram Janmabhoomi judgment went in favor of Hindus.

Besides being in keeping with her party’s Hindudveshi (Hindumisic) stance, Jothimani’s controversial remarks also seem to be an attempt to play to the Dravidian gallery that loves to play the indigenous Dravidians Vs outsiders Hindus game to keep the populace divided in a bid to extract political gains.

Jothimani probably needs lessons in history and it would do her a world of good if she read the Naalayira Divya Prabandham by Alvar saints. The Thiruvelliyangudi Kola Villi Ramar Kovil is one of the 108 Divya Desams. we have merely cited one Ram Mandir but there are several Ramar Kovils in TN which is known as the land of temples.

Ramadas, Ramasamy, Ramanathan, Ramalingam, etc are popular names in the state and it is a well-known fact that children are often named after respected figures. This is yet another confirmation of worship of Prabhu Sri Ram. However, all this information is futile in view of the fact that Congress leaders deliberately hurt Hindu sentiments.

Even if the likes of Randeep Surjewala would want us to believe that Rahul Gandhi is a ‘janeudhari Brahmin’, the Hindu hatred harbored by Congress leaders across the spectrum is proof in itself of the party’s anti-Hindu stance.

“In March this year, after nearly 15 years, Tamil Nadu assumed center stage when Supreme Court referred the land dispute to a panel headed by a retired judge of Supreme Court, FM Ibrahim Kalifulla, Sri Sri Ravishankar, and a senior advocate Sriram Panchu, all of them from Tamil Nadu”, says a November 2019 The New Indian Express report highlighting how persons from Tamil Nadu played a key role in the Ayodhya issue.

The Congress has taken it upon itself to play the divide and rule game with Hindus and the Congress MP’s baseless remarks should be seen in that light. It is, however, the duty of Hindus from every corner of the country to reject such divisive politics and remain united if they don’t wish to be taken on a ride by opportunistic politicians.