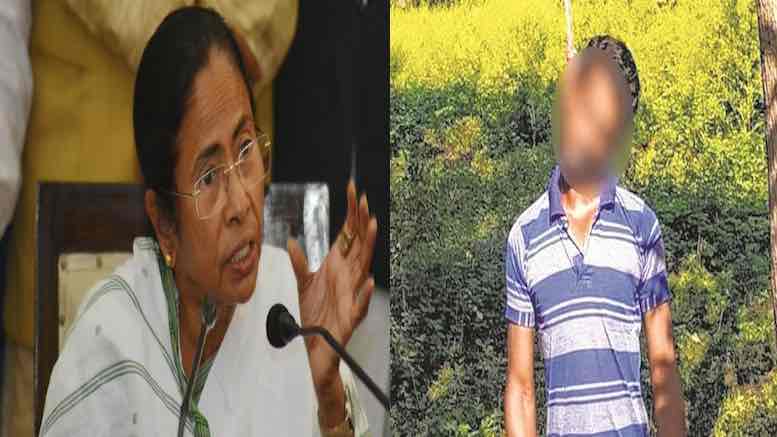 Yet another BJP worker, Swaroop Som, has been murdered in West Bengal, again allegedly by goons belonging to the ruling TMC.

Som was being pressurised by TMC workers to leave BJP and join their party, and was abducted from his home on Sunday night, killed and dumped in a jungle, as per his mother and brother said Gudai.

The BJP is demanding an inquiry by the Central Bureau of Investigation (CBI) into the death, as they don’t trust the state police and its Criminal Investigation Department.

Gudai alleged that the TMC has been threatening Som’s family members as well, who are now under a shadow of fear. Only the victim’s uncle, who got a job with the help of the TMC, is calling it a ‘family dispute’, he added.

Dozens of Hindus associated with BJP have been killed in West Bengal this year itself, as the state nears assembly elections early next year and the Mamata Banerjee led TMC desperately tries to cling on to power for a 3rd consecutive term. The culture of political violence has been deeply embedded in Bengal by the 34 years of Communist rule, followed by the equally autocratic TMC rule for the last decade.

Other BJP workers and leaders like Radharani Naskar, Pabitra Das, MP Jyotirmoy Singh Mahato and state secretary Raju Banerjee and many others have been injured in murderous attacks or police brutality against protests by BJP.

The BJP also claims that more than 100 of their workers have lost their lives in Bengal over the last six years. Sayantan Basu, General Secretary, Bengal BJP, told The Sunday Guardian that Mamata Banerjee was resorting to violence to cripple the Opposition in Bengal.

“We have lost hundreds of our workers in the last five years. These are all political murders done by goons who are being sheltered by the ruling TMC in Bengal. Chief Minister Mamata Banerjee, who is also the Home Minister of Bengal, is turning a blind eye because these are being done by her own party cadre. We fear that the TMC will unleash more violence ahead of the 2021 elections in Bengal as she is afraid of losing power,” he said.

All these murders have been marginalised as routine ‘political killings’ by the national mainstream media, with rabidly anti-Hindu outlets like NDTV running reports mocking BJP instead. In contrast, the gunning down of BJP workers, many of whom are Muslim, in Jammu & Kashmir by terrorists has gotten more coverage in national media.

Supreme Court has been reluctant to intervene in the gross violation of Constitutional rights in West Bengal, restricting itself to cryptic remarks like ‘”much is happening in West Bengal.” BJP-led central government too has failed to take any meaningful action, apart from routine condemnations/meeting with family members of victims/performing prayers for souls of departed, to stem the state-sponsored targeting of its workers and supporters.