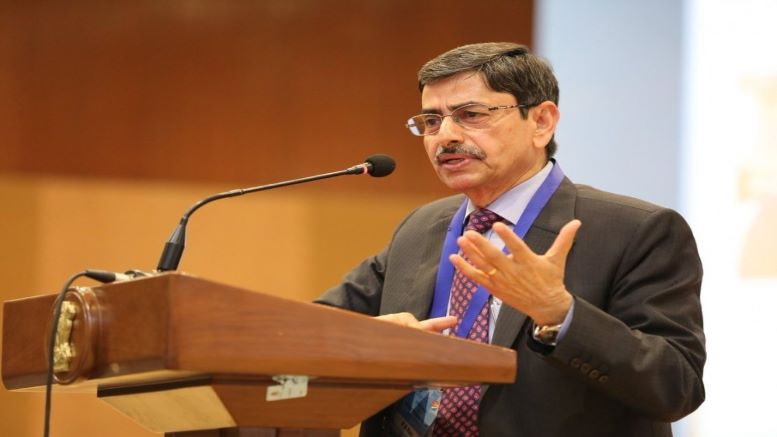 Dravidianists, seculars, and others of the cabal have time and again displayed their Hindu hate. TN Governor RN Ravi has now become the target of the anti-Hindu cabal. They are always on the lookout for an opportunity to spew anti-Hindu venom and the governor’s remarks on Santana Dharma have irked the Hindumisic cabal.

Speaking at an event to commemorate the 100th year of the devotional song Harivarasanam dedicated to Bhagwan Ayyappa, the governor said that Bharat has been guided by Hindu Dharma for several thousands of years.

DMK’s TR Baalu issued a press statement on behalf of the party ‘condemning’ the governor’s statement and asked the latter to withdraw it. Baalu further emphasized that it is the Constitution of India, and not Sanatan Dharma, that guides Bharat; and it is a democracy, not Manu Dharma, that rules the country. He further urged the Governor to ensure that such statements are avoided in the future.

DMK ally VCK’s president Thol Thirumavalavan also condemned the observations of the Governor and said issuing such statements is not befitting of the post of Governor. The Congress, whose top leader Rahul Gandhi claims to be a janeudhari brahmin, was not to be left behind in the race. Scam-tainted Karti Chidambaram brought in the usual secular argument of Hindutva and ‘casteism’.

Providing cover fire to leaders of Congress, DMK, and other such secular parties, are Hindumisic social media users who spread lies or half-truths just to show Hindu Dharma in a bad light. Trust Dravidianists to twist Hindu scriptures by selectively quoting them or taking them out of context to suit their narrow agenda.

The entire episode highlights the lows the Hindumisic cabal can hit in its Hindu hatred. It must be noted that Shri Ravi was speaking at a spiritual event. Even otherwise, highlighting and celebrating the country’s core Dharma should be a matter of pride. The cabal that keeps swearing by the constitution never asks a Padre or a Mullah to respect it. Certainly, Shri Ravi holds a constitutional post but that by no means stops him from extolling Hindu Dharma.

The hypocrisy of Congress is also not to be missed. While it presents a different face in Tamil Nadu, the Gandhis never forget to do a temple run particularly during elections in the northern and western states. It must not be forgotten that the constitution came into force only in 1950 but Dharma has been in practice since time immemorial. Dharma is certainly a binding factor across Bharat whether the Dravidianists and secular like it or not.