The Bitter Truth about the Hindu Exodus from Kairana 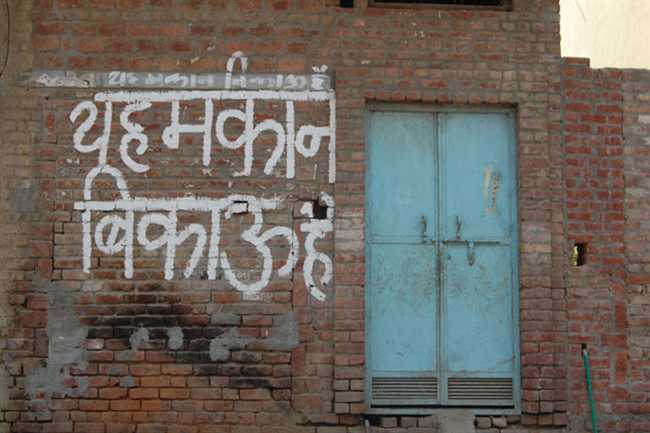 “The atmosphere in the village is very bad. If girls go to college, we have to send a man along with them for the drop and pick up, else our daughters are harassed. And if we open our mouths to protest, we face life-threatening attacks. If we earn less here, we can still manage; but if they attack our dignity, how can we tolerate?” are the words of Mahipal Singh, a resident of Panjith village, Kairana tehsil. His words are all one needs to understand the ground situtation in and around Muslim dominated Kairana, a town in Shamli district of Western UP, from where over 250 Hindu families have fled due to severe persecution and targeted attacks.

But for our national media elites and civil society intelligentsia, Mahipal Singh does not exist. His words, his naked fear, his anguish are not real..what he and lakhs of other Hindus like him are experiencing today in large parts of West UP is just a figment of someone’s imagination. Because acknowledging this fear, empathizing with the suffering Hindus, just listening to them would cause the facade of secularism to crumble. Hence, the facts must be ignored, the lived experience of these people denied, and the whole episode must be buried just like the Kashmiri Pandit exodus in 1990.

We must thank social media, and regional Hindi newspapers (especially Dainik Jagran) for bringing the Kairana exodus to national consciousness. And once the news broke, even mainstream national media could not ignore it any longer. See this ground report filed by Zee News which visited Kairana to talk to the remaining Hindu families, many of whom are packing their bags to leave.

“Some are scared for security; others are scared for the honor of women in their family. No person fleeing from Kairana in Shamli district, Uttar Pradesh is leaving their household willingly or for other reasons such as business expansion. Those who have fled, have done so mostly out of fear. More than 250 families have fled from Kairana town and the atmosphere of fear is palpable in many neighbouring villages too.”

The reporter then goes on to describe the exchange with Mahipal Singh and his family. Upon repeated probing, Mahipal’s wife Roma finally opened up and said that some goons harass and try to molest every passing Hindu woman. Even a Panchayat was conducted in the village regarding this issue, but the result was not satisfactory and Mahipal Singh has made up his mind to leave. 5 other Hindu families in Panjith village – Dr. Jagdev Singh who runs a small school, Gopal Singh, Mukesh Kumar, Pramod Kumar, Brahamdutt Sharma – are also extremely worried due to the prevalent atmosphere in the village, and they have all made up their minds to leave. Dr. Jagdev Singh said that anti-social elements are dominant in the village.

Another article in Dainik Jagran sheds light on the systematic targetting of Hindu businesses in Kairana. Extortion, threats, kidnapping, and murder have become common place here over the last 4 years, causing more than 250 Hindu families to flee after they lost faith in UP administration. Many settlements have become barren, and many Hindu houses today are locked. In 2014, three businessmen – Shiv Kumar, Vinod and Rajendra – were murdered after they refused to pay the extortion money demanded from them. These murders terrorized all the Hindu traders in Kairana, and many more cases of robbery, kidnapping and murder followed. But police & administration failed to stop these crimes.

As a result, Hindus living in mixed population localities of Kairana like Darbar Kallan, Aalkala, Gumbad, Aryapuri, Ghosa Chungi, Afganan and Kayasthabada thought it wiser to save their lives and flee. Now the situation is that most of the Hindu families residing in these localities have sold their shops & houses and settled in other cities. Many houses have “For Sale” signs. And the Hindus who are still living here are completely terrorized. And not just traders and the affluent section, even Hindu Dalits and other socio-economically weaker Hindus have fled from here to protect their daughters and wives from sexual crimes. Many incidents of rape and gang rape have occured in Kairana, and sexual harassment on the streets is a common thing.

In their investigation over two days, a Dainik Jagran team found that all 17 houses visited by them (out of the list issued by BJP MP Hukum Singh of Hindu families that have fled) were indeed locked. And there was such an atmosphere of fear that other Hindus still living there were reluctant to talk.

This report lists out some of the establishments & shops which are now locked, their owners having fled Kairana due to the terror which prevails –

UP Administration, ‘Seculars’ And English Media in Denial

But ignoring all the evidence at hand, especially the accounts of the families that have fled, and the fear in those Hindus who are left behind in Kairana, the UP administration dismisses the reality of this exodus and claims that the migrations out of Kairana are happening due to economic reasons.

Radical Muslims organizations like AIMIM and Jamaat-e-Ulema-Hind are, not suprisingly, claiming that the reports of Hindu exodus from Kairana are baseless and have blamed BJP MP Hukum Singh for ‘disturbing the peace’. And toeing this line, while eyeing the Muslim votebank, parties like Samajwadi Party (SP), Bahujan Samaj Party (BSP) & Congress are all claiming that it is Hukum Singh who is to blame for ‘politicizing’ the issue and disrupting ‘communal harmony’. With brickbats flying from all sides on Hukum Singh and the dangers that the ‘communal’ tag poses for one’s career in any field in Bharat, it won’t be surprising if Hukum Singh is forced to issue some ‘secular’ statement soon.

While regional Hindi media like Dainik Jagran is carrying some report or the other regarding Kairana on almost a daily basis to bring the bitter truth to their readers, our national media (especially the English language media) has chosen to portray it as a ‘political’ issue which is being ‘raked’ up to incite ‘communal passions’ for the upcoming UP elections in 2017.

‘Communal angle‘ – this is the pernicious codeword used by English language media to cast doubt over any incident where a Hindu is targetted because of his religion. In this parallel universe, there is no communal angle to the Kairana exodus, just like there was no communal angle to the Kashmiri Pandit exodus in 1990, the Sabarmati Express burning in 2002, the dozens of Indian Mujahideen terror attacks (terror has no religion, after all), the Azad Maidan riots of 2013, the recent rampage in Malda West Bengal, the rape of Hindu women in West UP, the assault on Hindu students in NIT, the burning alive of Sawan Rathod in Pune, or the hundreds of attacks that occur on Hindu festival celebrations every year. There is always a ‘secular’ explanation for each of these events, and it is only the ‘dark, evil Hindutva forces’ which are hell bent on ‘communalizing’ everything.

The communal angle is true only when it comes to ‘Churches under attack’, the Dadri lynching, the Muslim techie murder in Pune, the Muslim who’s roza fast was ‘forcefully broken’ by Shiv Sainiks, the Dhabolkar and Pansare murders, the attack on girls in a Mangalore pub, and any opposition to those involved in the illegal beef trade.

The double standards could not be more stark. And the message to Hindus is equally clear – our media elites and intelligentsia will not shed any tears for you. Not one of the human rights champions from the West will raise their voice for you. Hindus have to help Hindus.