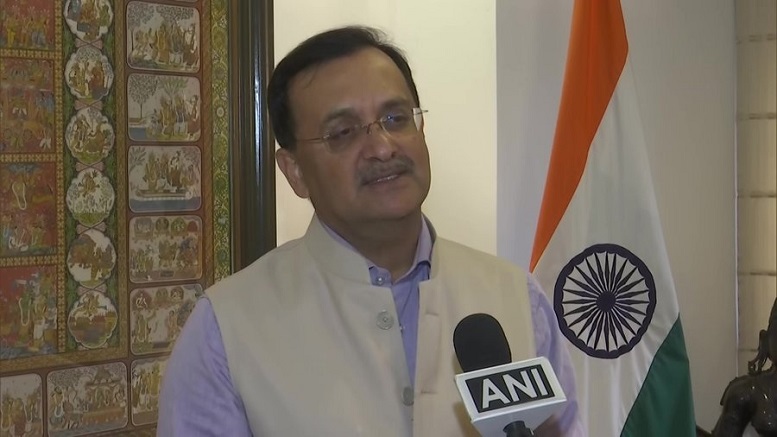 This is probably the first time that an anti-Hindu pogrom in any country is being recognised in real time by international bodies like UN, US government, Amnesty. Even biased, openly anti-Hindu entities like USCIRF have been forced to condemn the ongoing anti-Hindu violence in Bangladesh.

This is happening because Hindus have stood up for their rights, together. The meticulous way in which each attack has been recorded and disseminated over social media, and the ensuing protests all over the world have ensured that even the usual deniers cannot brush this anti-Hindu violence aside.

The response of the Bharatiya government has been disappointing to say the least. On October 14, the day after the violence erupted over a fabricated Quran ‘desecration’ incident in a Durga Puja pandal in Cumilla, Ministry of External Affairs (MEA) spokesperson Arindam Bagchi noted that the Bangladesh government ‘reacted promptly to ensure that the situation was under control’ and said the Indian mission is in ‘close contact’ with the Bangladeshi authorities over the matter. Actually, some of the worst violence occurred in the following three days, including after Friday namaz last week. At least 70 Hindu homes were vandalized or burnt down in Rangpur district on Sunday night, and reports of violence and attacks are still coming in.

The true scale of the violence is yet to emerge in media reports. 335 Hindu temples have been vandalized across 33 districts in Bangladesh, 7 priests (just priests) killed, as per activists on the ground. 23 women have been raped as per one source, including the gang-rape of 3 members of one family in Hajiganj – a 10-year-old girl, her aunt and grandmother – in which the child reportedly died. The Bangladesh police have dismissed this as a ‘rumor’.

But a statement given yesterday by IFS diplomat Dinesh Patnaik, who is currently Director General of ICCR (Indian Council for Cultural Relations), reeks of utter insensitivity and callousness.

As many are calling out on social media, this trivialisation of Hindu lives, homes, temples and religious freedom is appalling. The erasure of genocide and religious persecution as “small incidents” is representative of everything that is wrong with the modern Indian state and its institutions – bureaucracy, government, judiciary.

One tweet says – “Shame on the govt for belittling the suffering of Hindus in Bangladesh through their pathetic ministry. This Bureaucrat needs to be suspended and a case of misconduct registered against him.”

Another tweet says – “Any incident in India where a Muslim is beaten even in personal enmity, is picked up by Pakistan and taken to all forums, from UN to OIC, from Twitter to US universities. Meanwhile, a well documented case of pogorom against Hindus is officially declared as small incident by GoI”

In the pursuit of ‘good relations’ with Bangladesh, the Government of India has decided to turn a blind eye to naked Islamo-fascism and attacks on a persecuted religious minority whose only spiritual homeland is Bharat/India.

We would like to reiterate that this is not a personal criticism of Dinesh Patnaik, but of the mindset which many of our bureaucrats, diplomats, policy wonks, judges, academics, politicians, businesspersons, generals and other elites share. This group is self-alienated and mentally seeped in Western intellectual frameworks. They believe that even acknowledging genuine Hindu grievances is somehow ‘communal’ and ‘anti-liberal’, and thus the best course of action is to whitewash or water down crimes against Hindus.

Sometimes, we need to look at individuals to understand and deconstruct mindsets of a like-minded group. As per the ICCR website:

A Bharatiya diplomat who is ‘interested’ in Hinduphobic and anti-Bharat media outlets like New York Times, Thomson Reuters, Al Jazeera (Qatar-based Islamist media network)! This is not a case of a diplomat reading up on all kinds of international reporting to stay abreast of what is being said about Bharat – that is fine, even critical to the role. This is about someone declaring on a professional networking site that he is interested in these outlets, i.e. he considers them credit-worthy. Can someone with such a mindset really represent Bharat’s best interests in the cut-throat world of global diplomacy?

This is how Patnaik greets on Diwali (emphasis added) –

“Lighting Diwali lamps makes me pray for an India that treasures the light of knowledge, the glow of kindness and the brightness of diversity. India without the glare of hubris, the darkness of prejudice and the smoke of intolerance. Proud, My India shines.”

This is how he greets on Christmas –

“For me, Yuletide is about friends, family and food. I am lucky to have lots of these 3 Fs. The 4th F which is faith, is slow in arriving but with age, should come soon. Merry Christmas.”

From Bollywood celebrities, to sports stars, to diplomats – all of them believe that no Hindu festival greeting is complete without a moralizing tone and social reform message embedded within. Is this not the ‘civilizing mission’ that colonizers fabricated to justify their colonial loot and plunder?

Living in plush environs of diplomatic enclaves, or in tax-payer funded govt. bungalows in Lutyens’ Delhi, celebrating their children’s marriages in luxury hotels like Taj Palace, do the likes of Patnaik have any inkling of how their smug statements belittling a horrific pogrom as ‘small incident’ sound to the Hindus who are mourning their dead, their destroyed temples and homes, and living under open skies in utter destitution?