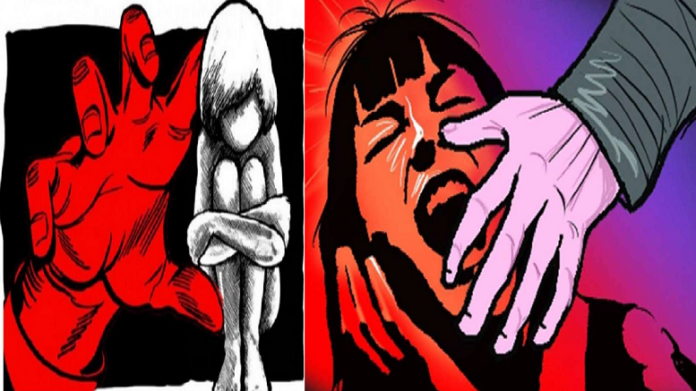 In a barbaric incident which allegedly occurred during the ongoing anti-Hindu pogrom in Bangladesh, 3 Hindu women of the same family – a 10-year-old girl, her aunt, and her grandmother – were all gang-raped by Islamists in Hajiganj (Haziganj) police station area of Chandpur district, as per several social media accounts.

Islamists started rioting on Wednesday over a false allegation of blasphemy in Cumilla district. The violence soon spread to other parts, and rapes and molestation of women have been reported from Chandpur and Naokhali.

The shocking incident of an entire family across three generations being gang-raped was narrated by a social media user via a Facebook post:

“The worse rape incident so far happened in Hajiganj, Chandpur. Muslim fanatics raped a whole Hindu family. They raped the mother, her daughter, and her niece, who is just ten years old. It does not matter how much you censor or blackout the media. We will document these atrocities to let the world know. I feel ashamed to be born and raised in the Muslim community.”

“The ten-year-old girl who fanatic Muslims raped, died because of extreme blood loss. Nobody can tell how many people raped her. Her aunt and grandmother who were also gang-raped simultaneously, are in police custody. They are not letting them to talk with journalists, activists, even not to their relatives. After all, if they let them talk, it would hamper beloved country’s prestige and of course, stigmatise their religion and its followers. I demand to let them talk to journalists and activists. Grandmother of the girl is also in critical condition.”

Joyanta Karmoker, a Hindu activist and member of the Bangladesh Minority Watch (BDMW) also tweeted about the gang-rape and death of the 10-year-old child.

A Bangladeshi TV report has also apparently confirmed the rape of the 10-year-old child:

However, other Bangladeshi media reports have quoted police officials and community leaders as saying that this is a ‘rumour’ and that no such incident has been reported from Chandpur.

Sexual violence against Hindu women is a routine occurrence in Islamic Bangladesh. Whenever a family is assaulted by land mafia, or when Islamists run amok during blasphemy-triggered pogroms, sexual assaults on Hindu girls and women almost always occur. Many times, influential Muslim clerics or politicians, including that of ruling Awami League, are involved so police doesn’t take serious cognizance of the issue or sweep it under the carpet.

Meanwhile, despite all assurances of the Sheikh Hasina government and claims of deploying additional forces in 22 districts, the violence against Hindus hasn’t stopped. Yesterday, reports of attacks on temples and Hindus have come from Feni district, which also falls in the Chittagong division.