Opposition conspired with PFI, SDPI, Amnesty to fuel caste riots in UP over Hathras Case 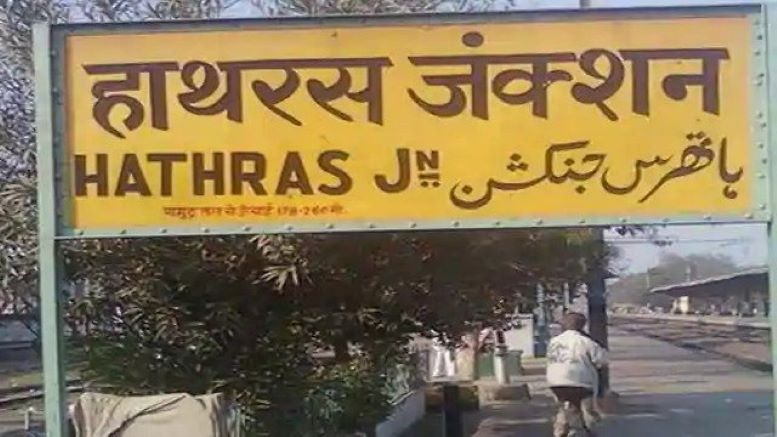 New explosive details have come out revealing the deep-seated conspiracy aimed at creating riots in Hathras following the incident of the death of a girl where numerous claims and counter-claims along with the vulture politics and media spectacle has already vitiated the environment making truth a casualty in the entire episode.

As per available information, a conspiracy had been hatched by anti-national elements receiving funds from abroad to fuel riots in the state and the group had created a website named “Justice for Hathras” which gave out minute details as to how to execute the riots.

In this regard, the Uttar Pradesh (UP) police have registered 19 FIRs throughout the state. Furthermore, the involvement of PFI, SDPI, Amnesty International, and politicians of mainstream political parties has also been unraveled in the course of investigations. The intention was to fan caste-hatred using the death of the Dalit girl where neither rape has been proven nor a case of honor-killing can be ruled out.

The said website lists out details such as the dos and don’ts, important things to be kept in mind while fanning the violence, when to undertake a certain activity, safety precautions during the protests, items to be carried along, what to do if the police use tear gas, and even what to do if one gets arrested.

The website which is currently unavailable had been with the help of PFI and SDPI members among others who had fuelled the anti-Hindu North East Delhi riots resulting in the death of several Hindus including IB officer Ankit Sharma besides targeted destruction of vehicles and properties belonging to Hindus.

The detailing on the website is scary, to say the least, as it reveals how minute details including not to wear certain types of sunscreen lotions, and contact lenses to avert injuries due to tear gas and also the kind of clothing, hairstyles, and jewelry to wear and/or avoid so as to be able to escape being caught by the police have also been looked into.

Besides the UP police have also initiated action against unidentified persons for using various social media platforms to spread rumors with regard to the case and tarnish the image of CM Yogi Adityanath. Cases have been booked against 400-500 unknown persons under various sections of the IPC (Indian Penal Code) and the IT Act.

In other words, complete care had been taken to train the rioters to not just cause violence but also escape the clutches of the police after creating havoc in the state, all this in the name of ‘justice’.

The case has taken so many twists and turns so far that it could very well have been a Bollywood pot-boiler. Hindupost had brought out Hindi news portal Falana Dikhana’s ground report which shows that there is more to the case than what meets the eye. Besides it also reveals how media has been pushing narrative suitable to its propaganda rather than bothering to present the facts.

Apart from the fact that the girl’s statement itself seems to raise a few questions considering the fact that “rape charges” were added much later, almost as if being tutored by someone to do so. Additionally, the medical examination does not confirm rape.

Besides, there had been a long-standing dispute between the two families which had not just reached the panchayat but also the police station with both families filing FIRs against each other that were subsequently withdrawn.

And in what seems straight out of a Bollywood film, the accused Sandeep and the girl belonging to two feuding families had supposedly fallen in love and several villagers have confirmed the two being in a relationship. Some of the villagers even alleged honor-killing by the victim’s brother who was against their relationship.

Hindupost has already reported how the leftist ecosystem along with the media, both national and international, has been whipping up sentiments using false data and passing off propaganda as facts.

In what seems strange, this is one of those cases where the victim’s family does not want to hand over the case to the CBI, a Congress stooge rushes to the high court to halt narco-analysis and the father of the accused is asking not just for an impartial investigation but also to punish his son if the allegations are proved.

In view of the several shades of grey, it is amply clear that only a thorough investigation by the CBI (Central Bureau of Investigation) which was handed over the case by CM Yogi Adtiyanath will bring out the truth and uphold justice.