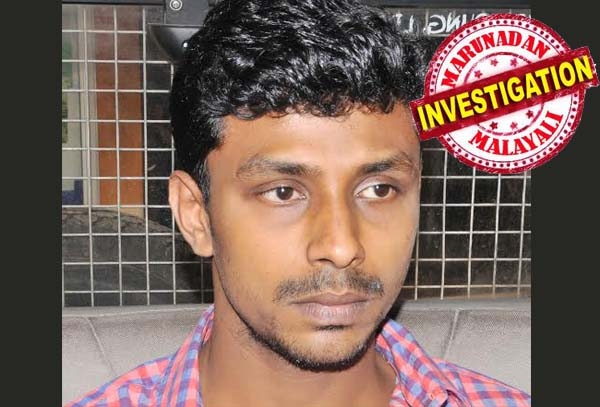 30-year-old Muhammad Shafi, who was arrested for sexually assaulting more than 30 Hindu women in Kerala after deceiving them by posing as an NRI surgeon, stated that he would not target Muslim women since they belong to his religion. He is also accused of stealing more than Rs. 50 lakh from the women he trapped and exploited.

Shafi is a high school dropout, but to trap the women he disguised himself as a Hindu doctor named Satish Raghavan working in Dubai and made matrimonial ads to get in touch with Hindu women. He mostly targeted nurses or nursing students, even befriending their friends and relatives on the pretext of getting them jobs in his hospital. He took the women who fell for him to posh hotels and molested them there. He took nude photos to blackmail his victims later and ask for money. He would even physically assault some women and burn them with cigarette butts. While assaulting the victim, he would shout saying, “you are no more a virgin. I have deflowered you.”

He would acquire Rs. 1-3 lakh from the victims by claiming it for visa processing. If he had close contact with a woman, he also used to make bank accounts in her name using her ID proof and acquire ATM cards along with mobile sims.

He used to give fake visiting cards created under the name of hospitals in Dubai to his victims. The fraud was realized when the victims who were friends told each other about their marriage proposals and showed the same visiting card to each other. After this they filed a complain with the police.

Shafi used to frequently travel aboard and stayed in luxury hotels, using the money of his victims. He never deposited the money he stole into his own main account. For this reason police found it difficult to trace him. The police only had his details from the matrimonial sites. To trap him, a policewoman disguised herself as a nurse and called him to her home where the police was waiting to arrest him. When he was arrested, he had Rs 3 lakh, 1006 dirham, 4 mobile phones, 17 sim cards, a camera, letterheads of various hospitals, seals, expensive watches, perfumes, expensive cloths and gold jewelry etc. with him.

So far there are 12 complaints filed against him in various police stations. 4 of these are from Ernakulam, one each from Puthoor, Thodupuzha and Pathanamthitta. Many victims are still not filing complaints fearing the loss of their reputation.

Shafi, who failed 8th class and stopped studying, had earlier been a bus driver and conductor. After that he studied for a nursing course. With the certificate he gained from the course, he traveled to North Bharat and got a job in a hospital there. There, he gradually learnt Hindi and English. From North Bharat he left for Dubai over 6 years ago. He started his deception when he was working at an electronics shop there.

What shocked the investigators is his choice of victims. When asked why he chose only Hindu girls, he said he can’t trick girls of his own community. “A devout Muslim, he thinks it is a sin to molest a Muslim girl,” said an investigator. Investigators said he never felt any remorse, as the victims were Hindus.

Meanwhile, the Kerala police are trying to downplay the incident by saying that the accused is mentally unsound. But his modus operandi suggests that he is a shrewd criminal & religious fanatic.