Minor Hindu Girl Abducted from Shamli, UP and Gang-Raped in Panipat, Haryana For 4 Days

A 15-year-old Hindu girl was abducted by 3 Muslim men on 2 Sept from Shamli town in Western UP. The girl was taken to Panipat in Haryana where she was held captive and gang-raped for 4 days. Later the assailants left her in an unconscious state near her hometown.

The girl had left her home around 4.30 PM on 2 Sept for some work in the market. When she didn’t return, her parents registered a missing complaint with police. Late on Wednesday, her family was informed that the girl was lying unconscious on Jhinjhana road. After regaining consciousness, the girl narrated her horrific experience to her family – she told them that 3 men had kidnapped her and taken her to Panipat where she was repeatedly gang-raped. When they were talking to each other, she understood that one of them was Rehan, a resident of Jhinjhana.

Police is searching for the accused.

The two adjacent districts of Shamli & Muzaffarnagar in Western UP are the ground zero of the sexual violence against Hindu women which has become endemic to the whole of Western UP and is slowly spreading into Uttarakhand and Central UP. Last year, HinduPost had tracked 7 cases of rape in just a 2 week period in the Muzaffarnagar area. 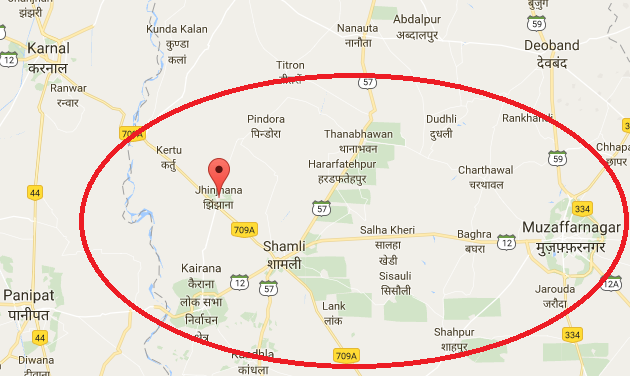 The targeting of young Hindu girls is one of the drivers behind the slow exodus of Hindus from these fertile plains, to urban centers like Delhi NCR. It was one of the main factors behind the now forgotten Kairana exodus. As we had shown in an earlier article, Muslim population growth in West UP is faster than anywhere else in Bharat.

The fact that such crimes are still being committed with impunity by criminal-minded elements of the ‘minority’ community shows that even the advent of the ‘Hindutvavadi strongman’ Yogi Adityanath has failed to act as a deterrence. UP police and administration needs to take some drastic action to stem the rot.