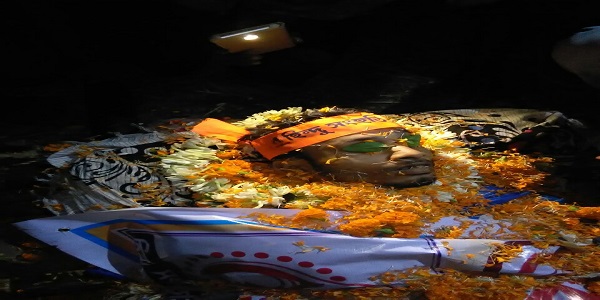 Ongoing riots in Uttar Dinajur district of West Bengal have claimed the life of a Hindu Samhati (HS) activist, Toton Das, who was trying to defend his village from Islamist aggression. Another Hindu youth is critically injured. CM Mamta Banerjee will most likely shrug this off as another “sojona ghotana” (cooked-up or fake incident) to pander to her Islamist votebank, but who can deny the tears of Toton Das’s family or the fact that those feeling the brunt of Islamic aggression in West Bengal are poor, underprivileged Hindus (including Dalits)?

Toton was the youngest of the two children of Paresh Das & Jhunu Das. He left his house on 3rd September once he came to know that jihadists had attacked his village, Rariya under Raiganj police station, Uttar Dinajpur. His family, comprising his parents & wife, Neha, had no idea that this would be the last time they saw Toton alive. But this was not the first time that Toton was out to defend Hindus against marauding Islamist mobs; being an active member of HS, resisting Islamic aggression was part & parcel of his life.

Toton, who used to earn his livelihood working as a mason, was a close companion of Dr. Tushar Sarkar. Being a resident of Uttar Dinajpur, the third district in West Bengal along with Malda & Murshidabad where Hindus have become minority, facing Islamic aggression was a routine for all of them.

On 3rd September, the day after Eid, communal tension spread across Raiganj area after desecration of properties belonging to Hindus by throwing bone & blood of cows slaughtered during qurbani for Eid. While returning from Baman Gram, after Hindus were attacked by armed jihadists, Hindus tried to resist the attack but those unarmed people could hardly do so and dispersed after one boy, Nirapada Barman, was stabbed by the attackers. Nirapada is now fighting for his life at Malda General Hospital. His father, Pramoda Barman, has already lodged a complaint at Raiganj police station but the accused are still at large.

The conflict which started with attack on Hindus, spread across the area in no time. Total anarchy loomed large over the area as jihadists, armed with sword, brick bats and fire arms ransacked Hindu houses. Rs. 50,000/- cash, 22.5 gms of gold ornaments, more than 100 gms of silver ornaments and 7 sacks of rice were reportedly looted by jihadists, led by Muhammad Zakir, Mustafa Haq, Naru Islam, Mutabilik Haq, Jainal Haq, Saddam Haq & Nazrul Sarkar, only from the house of Vishnu Roy.

Toton could hardly watch such jihadi atrocities continue sitting in the comfort of his house. He assembled local Hindus and took on the attackers. He was attacked by Jahangir Alam, Dipul Sheikh, Saddam Sheikh, Mozammil Haq, Nazrul Sarkar along with some unknown attackers and was heavily injured. He was taken to Malda Zila Hospital by HS workers where he succumbed to injury.

Do the chattering classes in Lutyens’ Delhi or the bhadralok living in Kolkata discussing Marx and post-modernism care for the plight of these poor Hindus?

Toton is survived by his parents & wife Neha (20 years) who live in a hand to mouth condition. Hindu Samhati President, Tapan Ghosh, has hailed his martyrdom and announced that the organization will take care of his family for, at least, next 5 years. People who are interested to financially support his family may send their donation to the following account of Hindu Samhati (hindusamhati.net/donate).

After donating, please drop an email to [email protected] providing the transaction details.