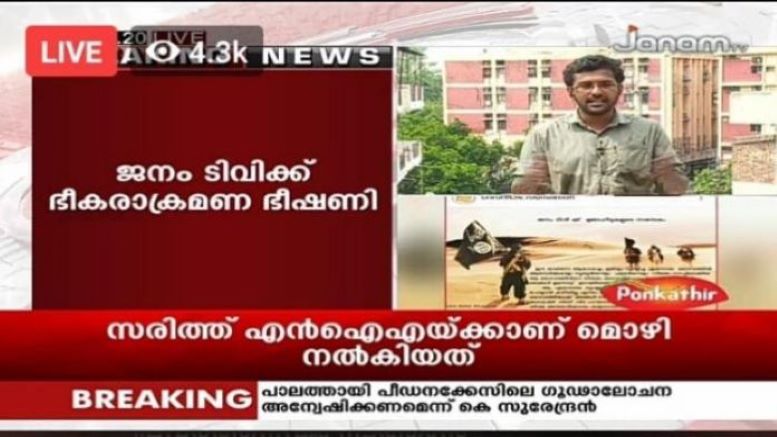 Janam TV based out of Kerala is a genuine pro-Hindu news TV channel that provides a true perspective of atrocities against Hindus happening in Kerala. It is also the only news channel in Kerala which provides news from a nationalistic point of view.  The channel was born out of a void in Gods own Country where local channels are either run by Jihadi Islamists (Media One) themselves or by communist fanatics (Asianet). Janam TV has been working hard amidst a society meekly submitting itself to the whims and fancies of fanatics.

The channel has brought to the limelight issues in the past like the Sabarimala temple which led to a peaceful mass uprising against the anti-Hindu policy of the ruling communist government. This came at a time when the atheists planned to open up the temple for women of menstruating age. This was against the wishes of the vast majority of Keralites. Janam has single handedly given a voice to the majority population which until now remained silenced.

The work done by the channel exposed the anti-Hindu communists to such an extent that they were virtually wiped out during the recently concluded Lok Sabha elections. They lost 19 out of the 20 seats up for grabs in the state. That the BJP could not open its account has got more to do with the Congress party tying up with fascist entities like the Indian Union Muslim League (IUML) and the various Kerala Congress parties which are church controlled accounting for majority of the Christian votes in the state. It also revealed the lack of charismatic local leaders and infighting within the BJP state unit. In fact the only face that stood out was TG Mohandas who is associated with the Janam TV.

Janam has also exposed several attempts made by the Jihadis who plan a new Khilafat movement in Kerala. They have revealed how funds have been routed through hawala channels to finance movies that try to whitewash terrorism, all in the name of freedom of expression. Exposes also revealed how movies have been made to covertly push the communist government propaganda of them being saviours during times of pandemic showcasing the Nipah virus scare that brought North Kerala to a standstill last year.

The latest incident of gold smuggling which has left many in the ruling elite squirming since their own offices were involved, was brought to the attention of the general public by Janam TV. The channel`s approval ratings have consistently gone up which has made them extremely popular among the masses while at the same time threatening other TV channels and the radical groups operating out of the state.

Now Janam TV is being openly threatened by the global Islamist terrorist organisation Islamic State (ISIS). On 18th July, the Jihadi outfit issued a threat on an instagram page controlled by the Kerala unit of the ISIS, revealing their displeasure against the anti-Jihad activities of Janam TV. 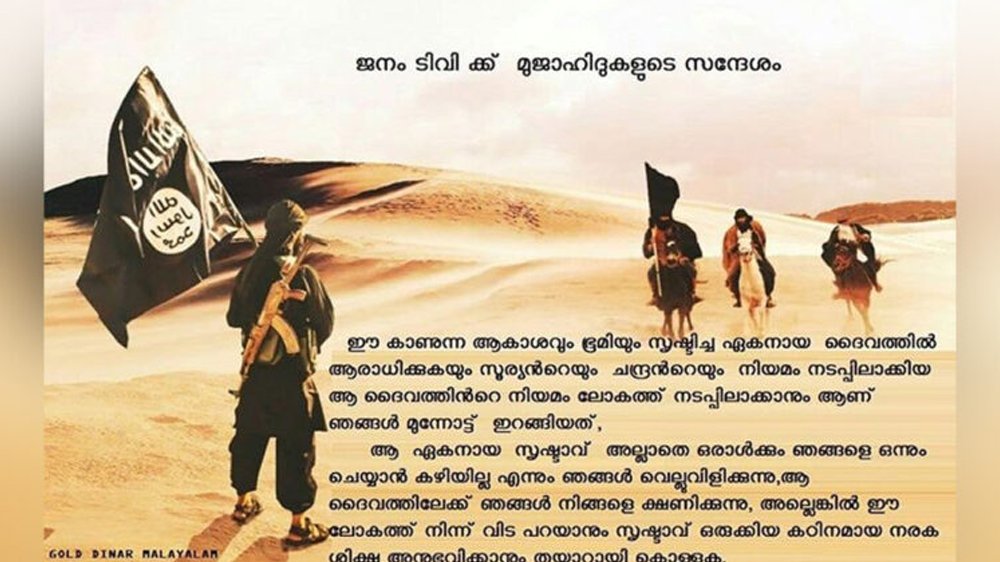 It states that it is a Mujahedeen Message to Janam TV. Roughly translated a mujahedeen is Muslim guerrilla fighter who wants to defeat non-Muslims. The message goes on to say that they have come forward to enforce the laws of their god all over the world.

The laws mentioned are of the extremist kind known as Sharia Law as interpreted by various mullahs from time to time. It follows the Quran and a bigoted tradition of Islam.

The message goes on to challenge anyone who opposes monotheism and says that all non-believers of their god are powerless against them (ISIS). They invite Janam TV to either follow their god or face their wrath. They exhort Janam employees to be ready to say goodbye to this world and rot in hell, in case they fail to accept and join Islam.

This terrorist message basically meant that the TV channel`s employees will be killed by these bigots unless Janam changes its ways. It also rather childishly threatens to deface and destroy all the offices of Janam TV.

The Kerala State Police Chief and Director General of Police, Loknath Behra has directed the police department to provide more security to all Janam TV offices.