Kamlesh Tiwari has confirmed on taking out Hindu Mahasabha’s  ‘Hindu Swabhimaan Yatra‘ from Kashi (Varanasi) to Mathura from 25th November onwards. The local print media of UP is abuzz with this news : 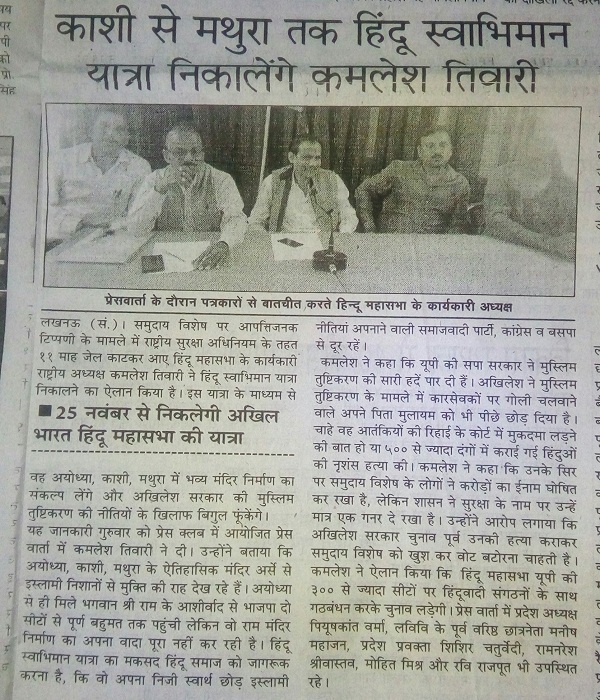 Kamlesh Tiwari spoke to local media in a press meet and expressed all his concerns. He said that Hindu Mahasabha will fight assembly elections in UP with a political tie-up. He mentioned that this Swabhimaan Yatra is a way to take a pledge for building temples in the cities of Ayodhya, Kashi and Mathura. He criticized current UP government of doing the politics of minority appeasement.

‘We submitted an application with the relevant authorities on 15th October requesting permission for this event on 5th November, then we started the preparations of the event. Just 24 hours before the event, the authorities informed us verbally that permission cannot be given for this event. How is it possible to cancel a public program just 24 hours before? Anyway, we quite know that our programs will be disrupted on some pretext or the other, or we will be denied permission every time. What’s the point of taking permission in that case. Now lets see what they do with the Swabhimaan Yatra, it’s only a rath yatra and ideally they can’t stop a political party from doing yatras’.

It seems that Kamlesh Tiwari has also said in his press meet that many Muslims have put a bounty on his head, whereas government is not bothered about his safety because of minority appeasement. Hindi media reported it. 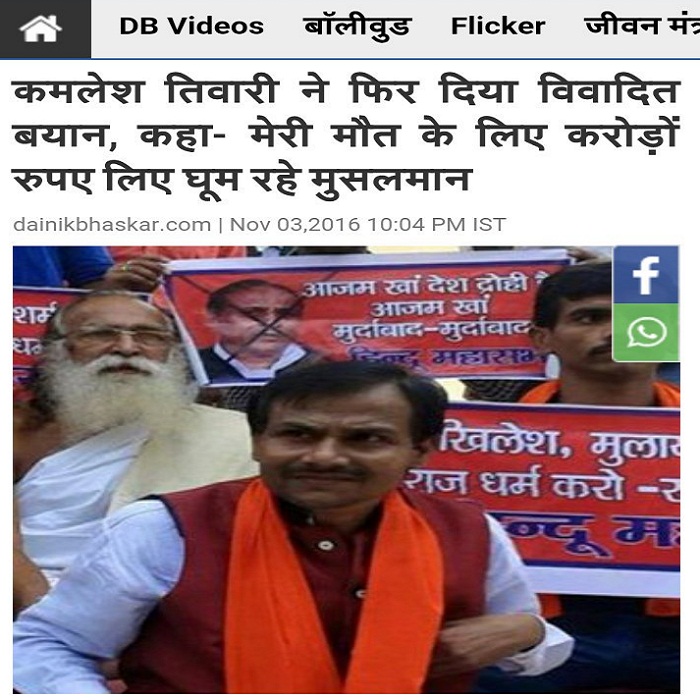 It remains to be seen if Hindu Mahasabha is able to take out the Swabhimaan Yatra from 15th November onwards.