Horrific details are emerging of the rioting that started in Raniganj which has now spread to Asansol in West Bengal’s Paschim Bardhaman district (earlier part of Bardhaman or Burdwan district), adjacent to Jharkhand.

ABP News has reported that Hindus from the area have started moving out to “safer locations”. These people are blaming Mamata Banerjee for inaction.

One of the migrants in conversation with ABP News said-“We are moving to safer locations. We are taking our families to the places where the population of Muslims is quite less.”

“Mamata Banerjee is doing nothing for Hindus,” said another migrant.

Social media accounts are narrating a chilling tale of mass-scale, organized rioting – some unconfirmed accounts claim that upto 15 Hindus are dead, and several hundred are missing. 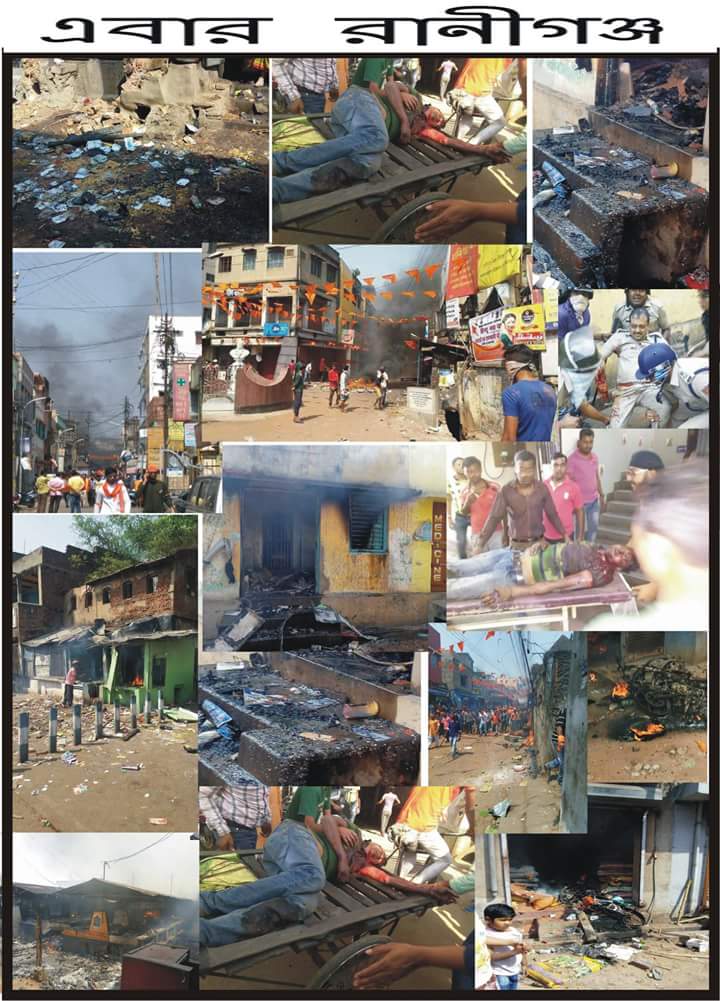 A VHP-led delegation along with victim families met the Governor of Bengal & submitted a memorandum to protect life & property of Hindus, withdraw false cases, and compensate victims & punish perpetrators – And while Bengal is burning, CM Mamata Banerjee is busy cobbling together an anti-BJP third-front along with other ‘secular/socialist’ parties like NCP, RJD, Congress etc. Whenever I come here I meet her, we share a good relation. I enquired about her health, also had political discussion, I said that the country wants it to be one-is-to-one in 2019, jo party jahan strong hai wahan usko ladna chahiye: Mamata Banerjee after meeting Sonia Gandhi pic.twitter.com/kDsdVJVfBd

Spoke 2 Shri. @rajnathsingh ji twice in the last hour&though I wudnt disclose what exactly we spoke abt cuz I do not wish 2 name the WB Govt officials who blatantly LIED 2 him abt the grave ground situation in Asansol, I AM doing my Constitutional duty 2 the bestest of my ability