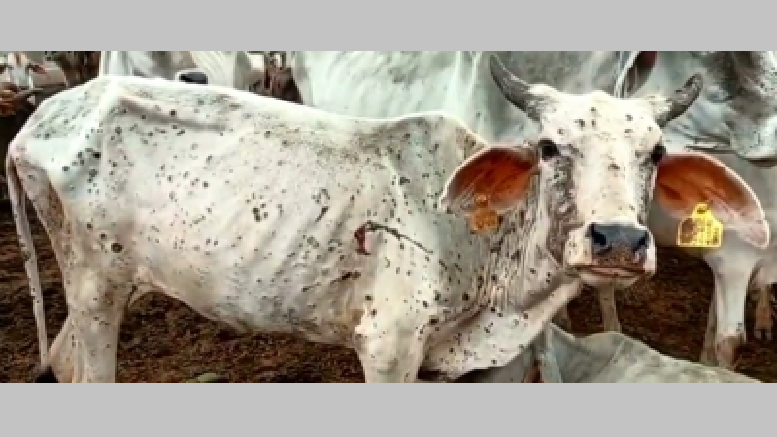 Over 100 cows were reported to have died in Madhya Pradesh due to Lumpy Skin Disease in the past few days as the virus has reached 26 out of the state’s total 52 districts, officials said.

In the wake of the deadly disease in cows, Chief Minister Shivraj Singh Chouhan on Wednesday reviewed the situation during a meeting with senior officials of the Veterinary Department, and was apprised that as many as 7,686 heads of cattle were affected by the disease till Tuesday, out of which 5,432 recovered and 101 were reported to have died in different parts of the state.

However, the number of cattle deaths may be at least five times more against the government records as in rural areas, people are still clueless as what exactly caused death of their cattles, said an officer associated with Veterinary Department.

Chairing the high-level meeting, Chouhan raised concern over spread of the disease in several parts of the state and directed the officials in departments concerned to take prompt action.

The state government has announced free vaccination of animals, and a state-level disease control room has been set up in Bhopal. Necessary information and guidance can be obtained by the cattle owners by contacting the control room on telephone number 0755-2767583 and toll-free number 1962.

“Battle against lumpy virus should be fought on the lines of fight against Covid pandemic. Emphasis should be laid on vaccination of animals and the work should be done as per the instructions of the Central government,” the Chief Minister instructed the officers.