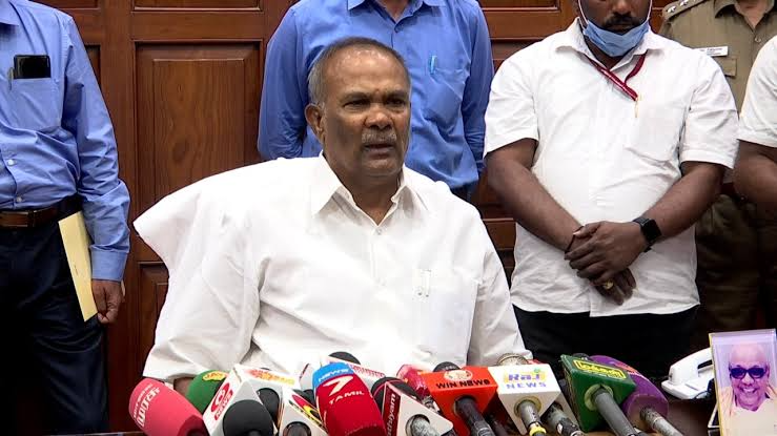 Tamil Nadu’s Assembly Speaker has said that Christian institutions fed Dravidian ideology to the society. He made the remark while speaking at an award event in a Christian college in Tirunelveli.

DMK MLA and the Speaker of the constituent assembly of TN, Appavu, had taken part in an award event in St.Xavier college in Palayamkottai, Tirunelveli. While speaking at the event he said, “It is Christian institutions that taught Dravidian ideology to the society, ensured social justice and made education accessible to everyone”.

From the CM to ministers, many in DMK have been repeatedly ‘revealing’ the contribution of the Christian community in bringing the party to power. In the foundation day celebrations of the Church of South India, CM MK Stalin said, “This government was formed because of you(Christians)”. While speaking at an event organised by AG Church Dairy Development minister SM.Nasar said, “DMK has come to power thanks to the power of the prayers of Christian community”.

A Catholic priest, George Ponnaiah, had arrogantly said that DMK being in power is alms given by Christians. Even though he was arrested based on complaints filed by Hindu organisations and BJP for denigrating Hindu deities, DMK didn’t even make a peep about it. It is generally believed that such incidents show that DMK appeases Christian community for votes. But speaker Appavu’s remarks have made it clear that the church and DMK are equal partners benefiting from each other.

While injecting the anti-Hindu Dravidian ideology helps Christian missionaries to convert Hindus, missionary institutions help Dravidar Kazhagam and DMK in fooling people about their culture and heritage. Appavu, the speaker, has allegedly helped a corrupt HRCE officer in the past. The Executive Officer of Vallioor Murugan temple was transferred in 2009 after allegations of him giving up temple land to Christians were found to be true.

The issue went to court where judges explicitly criticized Veluchamy for dereliction of duty and he was transferred from the temple. However once DMK came back to power he used his connections to return to the same temple. As soon as he was transferred, Veluchamy gave a written statement that a 7 cent land parcel doesn’t belong to the temple. The particular land was being claimed by Christians as their own where they were building a church.