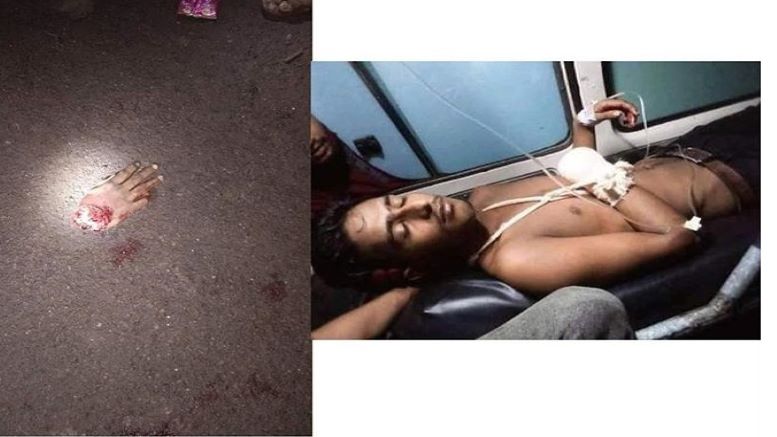 In a horrific incident of barbarity on Hindu minorities in Bangladesh, a mob of radical Islamists attacked 20-year-old Subha Shil, a Hindu college student, and chopped off his hand for wearing the Hindu religious thread, Kalawa. The incident took place on August 18th, 2020, near a madrassa in the Mathbaria sub-district area of Pirojpur in southern-western Bangladesh.

Apparently, Shubha Shil had been on the radar of the radical Muslims of Bangladesh for a long time. Despite being a member of the minority community, he did not conform to rules set down for non-Muslims. Instead, he emerged as a leader of the Bangladesh Student League and rose to prominence in student politics. 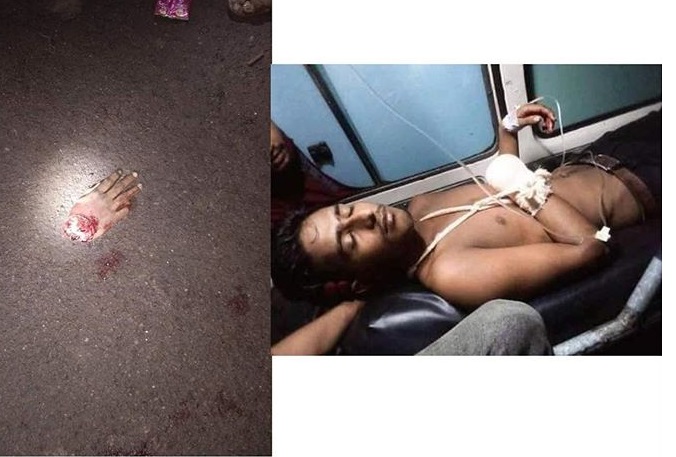 The Hindu youth leader also had ideological differences with a Muslim political leader named Shariful Islam who was the president of the opposition party of the same area. On the night of the incident, Shubha was attacked by a mob of violent Islamists at around 8 PM, while returning home from the city. The mob hiding in the Wabia Dakhil Madrasa near the Sluice gate area hunted him down after an ambush attack.

After beating him brutally, the radicals spotted the Kalawa, the sacred red thread of Hindu Dharma Shubha was wearing on his right hand. Provoked by the Hindu religious symbol tied around the Hindu youth’s hand, the members of the mob ran a sharp weapon right through the Kalawa, severing Shubha’s right hand. Displaying further barbarity they took the detached palm with them, leaving him injured at the site of crime.

Subha was then rescued by the locals who rushed him to the Sub-district Health Complex where he received initial treatment. He was later moved to Barisal Sher-e-Bangla Medical College Hospital for better treatment. Though locals recovered Subha’s detached hand from the hospital bridge, doctors were not able to attach it till the latest reports on this case were published.

Ferdous Islam, who is the Residential Medical Officer (RMO) at Sub-district Health Complex informed, “Shubh Shil was brought to the hospital with his right wrist severed. He was wounded by a sharp weapon in his hand. He has been shifted to Barisal Sher-e-Bangla Medical College Hospital for better treatment as his condition is critical.”

Shubh Shil, son of Shri Shyamal Shil, belongs to one of the few Hindu majority villages in Bangladesh, Dakshin Mithakhali. That he had become the general secretary of the Student League, in Ward 3 of Mathbaria municipality didn’t sit well with the local Islamists who were irked by a Hindu youth occupying such a prominent position.

Mathbaria Police Officer-in-Charge (OC) AZM Masuduzzaman has informed that they have already launched an operation to arrest those who had attacked Subha Shil. Investigations are underway.

Attacks on the Hindus in Bangladesh are not a new phenomenon. The incidents are only getting gorier with every passing day. The inhuman treatment of the minorities that are reported regularly in Bangladesh, in itself is ample justification for the Citizenship Amendment Act.

The horrible incident of chopping off Shubha Shil’s wrist because he was wearing a Kalawa, a holy Hindu symbol, comes close on the heels of a Burkha-clad 54-year-old woman smashing Bhagwan Ganapati’s murti in a Bahrain shop. Luckily, in her case, no Hindus were hurt. But, she managed to destroy multiple murtis of Bhagavan Ganesh kept at the store for Hindus ahead of the Ganesh Chaturthi.

One incident happened in broad daylight in Bahrain of the far off Middle-east, another in the dark evening of South-Asian Bangladesh. One in a shop, on camera, another in a secluded alleyway. One had a mad mob of men, another one a solitary woman. These are two episodes from different countries with diverse people with Islam being the sole connecting factor.

This in itself proves that Islamists are bigoted against other communities worldwide. In every country they are in a minority, they ask for equal rights. But they cannot tolerate the sight of anything non-Muslim in countries where they form the majority and resort to violence regardless of place, time of gender.