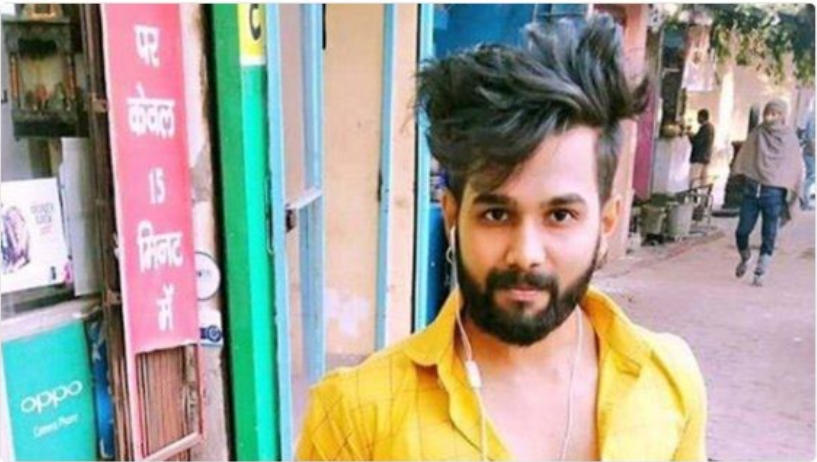 23-year-old photographer Ankit Saxena, the only child of his parents, had his throat slit in West Delhi’s Raghubir Nagar by the father of his Muslim girlfriend, as part of a planned attack which also included the girl’s mother, minor brother and maternal uncle.

In a chilling replay of the brutal lynching of Dr. Pankaj Narang in March 2016 (incidentally, just a few kms away from the place where Ankit was attacked on Thursday night), a Muslim woman played a key role in instigating the attack. In Dr. Narang’s case, it was Mesar the mother of the two Khan brothers who was seen clearly in CCTV footage inciting the mob to attack the dentist, whereas in the present case, it was the girl’s mother who intentionally rammed her scooty into Ankit’s car to pick up a fight with him, before he was surrounded by the girl’s other relatives and murdered.

Ankit was in love with a woman identified as Shehzadi and they planned to get married. However, Shehzadi’s family were dead against the relationship and forced her to marry another man. He was stabbed to death by Shehzadi’s family, while his mother and father were pleading for their son’s life to be spared.

As per this DNA report –

“According to an eyewitness, after being informed that Ankit was a car in the neighbourhood, his girlfriend’s mother rushed to the location with her scooter and intentedly collided into vehicle to force him out of the car.

“Shehzadi’s mother rode right into Saxena’s car. He did not know that the scooter rider was his girlfriend’s mother,” the eyewitness said. The girlfriend’s mother than confronted Ankit about her daughter who went missing during the day. Soon her family members and relatives who were nearby joined her and started abusing and heckling Ankit.

Another eyewitness revealed explicit details about how the photographer was brutally murdered by his girlfriend’s family in front of his parents as mother-father duo begged for his life.

As the family members confronted Ankit about Shehzadi’s disappearance, the victim went on to deny any relationship with the woman. Meanwhile, few eyewitnesses who knew Ankit’s family informed his parents, who lived nearby, and they soon rushed to the spot.

Shehzadi’s family attacked Ankit and started throwing punches at him. Ankit’s mother, who tried to intervene, was interrupted by his girlfriend’s mother and brutally thrashed by her. Ankit tried saving his mother and picked up her. However, it was then that Shehzadi’s family pulled him up by his hair and stabbed him to death. Shehzadi’s uncle and brother held Ankit’s arm while the women’s father slit his throat.

Earlier, Ankit’s mother Kamlesh had claimed her cry for help remained unanswered for almost half an hour as onlookers passed by and even e-rickshaw and auto-drivers refused to rush her injured son to the hospital.

“There were dozens of people watching my son get beaten up, but none of them dared to save him. My son was a body builder himself, but he was helpless when the killers caught and killed him. The sight of the woman’s father wielding a big kukri knife must have scared others,” Kamlesh said.

The victim’s mother Kamlesh appalled by the apathy of the onlookers said she tried to stop the blood spilling from her son’s neck and mouth with her hands as both she and her husband cried for help. After a long battle for help, an e-rickshaw driver finally agreed to help and they rushed him to nearby Guru Gobind Singh Hospital, however, her son, who was the sole earner of the family, died in her arms.

Ankit and Shehzadi met when they were neighbours but her family shifted to a different location after they got to know of the relationship. “We were supposed to get married,” said Shehzadi. “I was going to meet him when I heard he had been attacked by my family with a knife.”

The police have arrested the woman’s father, maternal uncle, and minor brother.

A look at the map of Raghubir Nagar shows that this incident occurred in the heart of Delhi, in what has traditionally been considered a Hindu part of Delhi, next to old colonies like Punjabi Bagh (home to many Hindu and Sikh partition refugees).

The Pioneer has reported –

“In its effort to maintain communal harmony in the Raghubir Nagar area after the cold blooded murder of 23-year-old Ankit Saxena near his residence on Thursday evening, the Delhi Police has shifted the relatives of the 20-year-old girl to an undisclosed location. Sources said that the move has been taken after the relatives expressed fear since the beauty parlour of the accused person’s wife was forcefully shut down on Saturday by the activists of a right wing group.

Recalling the relations between the families of Ankit and the 20-year-old girl, a local said, “Ankit and that 20-year-old girl grew up together. Their families had such good relations that they celebrated every festival together until the time the girl’s family came to know about their relationship. They lived as neighbours till two years back. It was only when their families opposed that girl’s family shifted to another lane in Raghubir Nagar,” recalled locals at the A block of the Raghubir Nagar area on Sunday.

Another report has Ankit’s father saying, “I have no personal grudges against Muslim community. My son has been murdered but I respect all religions.” Also, family members of Ankit alleged on Sunday that the accused were given VVIP treatment at the police station.

This is the condition of Hindus in 2017 in the secular state of Bharat – a young man is brutally slaughtered in front of his parents by a handful of Muslims, and neither society nor the state comes to his aid. One wonders where were Ankit’s friends, relatives etc. at the time when he was being thrashed and then had his throat cut? We can imagine the mental state of Hindus that the murdered young man’s father is reduced to mouthing secular inanities instead of demanding justice. Who will educate Hindus about simple facts like Quran and Islamic law (sharia) absolutely prohibit a Muslim woman to marry a non-Muslim man. A Muslim man is allowed to get married to a Christian or a Jew, considered by the Islamic schools as “People of the Book” – however, even a Muslim man cannot marry a polytheist (Hindu) woman until she converts to Islam.

Was Ankit’s father forced by media and authorities to issue the ‘respect all religions’ statement? Because for them maintaining the facade of communal harmony far outweighs allowing a Hindu family to express its pain openly and publicly. Sample the exhibit below of how left-liberal media views the whole episode –

When a Hindu girl tricked into a relationship by an already married Muslim man assuming a fake Hindu identity goes to the man’s house to confront him in front of his family, she ends up getting abused and poisoned by the man and his family. And when a Muslim girl falls in love with a Hindu boy and decides to get married to him, the girl’s family decides to murder the boy in cold blood. When will we wake up and take cognizance of the message that is being sent loud and clear to us? Its clear by now that our elites are a wasted lot who will feed off our rotting corpses without the slightest compunction, but why are so many sections of Hindu society continuing to nurture deadly secular delusions?