With Acquittal In One Case, Sadhvi Pragya Awaits Bail In Another 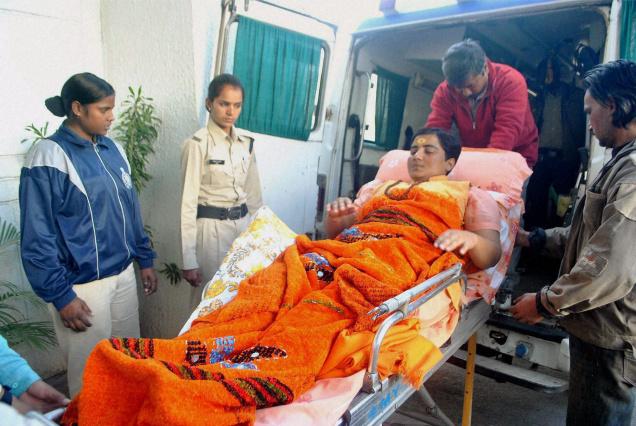 The Dewas court in Madhya Pradesh has acquitted Sadhvi Pragya in RSS pracharak Sunil Joshi’s murder case. The case was the primary reason why Sadhvi was shifted from Mumbai to Bhopal few years back. The local police in this case did not have any witnesses or reliable proof of her involvement in the murder.

However, she is still a primary accused in 2008 Malegon blast case, some details of which her family had earlier provided in this interview. Recently, the NIA had again cited to the Mumbai High Court that it had no objection if bail is granted to her as there were no reliable proofs and witnesses regarding her involvement in the blast. Sadhvi Pragya’s bail in this case has been rejected many times earlier by various judges, over a period of 8 years.

The next hearing is on 7 February now. In spite of NIA disposing her off all charges and not objecting on her bail twice, the hearing keeps getting delayed because of an intervention plea filed by a Malegaon blast victim which is represented by a known lawyer Wahab Khan. This plea was accepted by the judge in spite of the long time lapse of 8 years that has happened because 3 different investigation agencies took up the case one by one, and while her health conditions are continuously deteriorating.

Sadhvi Pragya is currently lodged in a Bhopal hospital under custody because of extremely bad health, she has an injured spine and breast cancer. We spoke to her family, her brother-in-law Bhagwan Jha, who is taking care of her cases said :

‘Finally, a good judgment has come and we are happy that she is acquitted of this case. You see, one nationalist cannot kill another nationalist. It was a conspiracy to keep entangling her in different cases. We are hoping that she will also get bail on Feb 7 in Malegaon blast case. We need to get her cancer operation done in a good hospital.

Currently, her health is in a bad condition and she has no sensation in her feet. She used to walk a few steps with support, but currently she is not able to walk at all. She has lost all her health because of the earlier tortures.

I hope this intervention plea is set aside by our judiciary as there really is no case against her. The battle still remains to be fought in many ways but we are hopeful’.

Retd. General castigates UPA govt. led by Sonia and MMS for trying to destroy the nation