Senior Citizen Murdered in Ghaziabad, UP After Altercation with 3 Muslim Youths 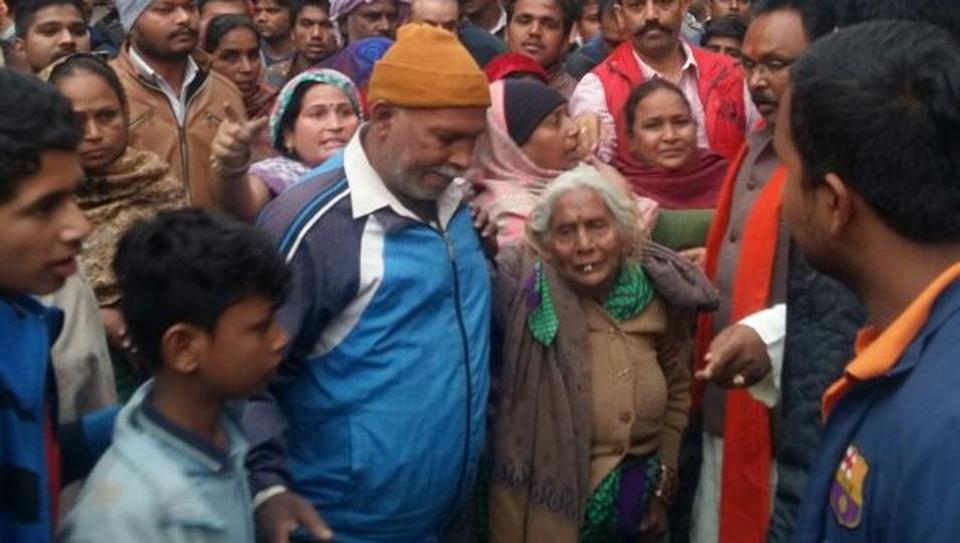 65-year-old Singhasan Yadav was stabbed to death in Ghaziabad UP, allegedly by neighbourhood Muslim youths, shortly after midnight on last Thursday.

According to the family of the deceased, Singhasan had an altercation with some youths just outside his home on Wednesday night. “There were three youths, who were making objectionable remarks against our family, particularly the women, to which my father objected,” said Madan Yadav, his son. Apparently, such abusive behaviour was not new. “An altercation broke out and one of the youths, Anas, slapped my father. We then had to intervene and lodged a complaint with police,” he added. “The matter was sorted out when Anas’s uncle, who lives nearby, mediated, after which we went to sleep,” he continued.

Fikuna Yadav (60), wife of the deceased, who was sleeping in the room with her husband, said she woke up shortly after midnight when she heard her husband crying. “It was dark, but I heard my husband crying “Maar dala, maar dala (They have killed me, killed me)”. When I reached his bed, he was clutching his neck with blood oozing out of it. He had been stabbed,” said Fikuna Yadav. “I then called my sons who were sleeping upstairs,” she added.

“When I rushed downstairs, I saw Anas and his friend fleeing, while my father was lying on the cot. We rushed him to GTB Hospital in Delhi, where he was declared brought dead,” said Madan.

“The man, who hails from Gorakhpur, was murdered in his residence at Shaheed Nagar, a Muslim-dominated locality near Delhi-Ghaziabad border in Sahibabad. The family resides in a flat in C-block of Shaheed Nagar. The victim operated a milk dairy and had been a worker of the Samajwadi Party for the last 30 years. It was around 1.30am when Anas, Asif and Gullu along with another unidentified man allegedly barged into the victim’s house and attacked him with knives and inflicted multiple blows.”

Such incidents of neighbourhood hoodlums stalking and harassing women, and assaulting anyone who dares to intervene, are common in UP. But instead of highlighting the poor law & order machinery which has emboldened criminal elements in UP, media underplays such incidents due to two factors – (1) The attackers in this case were Muslim, which goes against the carefully crafted Muslim victimhood narrative central to the #IdeaOfIndia promoted by left-liberals (2) UP is presently ruled by the ‘secular’ Samajwadi Party, hence anything which will spoil the image of ‘progressive & inclusive’ youth leaders like Akhilesh Yadav must be avoided at all costs.

For media, an elderly Hindu man murdered inside his own home in a Muslim-majority area is deemed to be an ordinary crime, and Hindu outfits are blamed for giving it a communal color –

However, if the victim is a Muslim and the crime can be linked to Hindutva issues like cow slaughter, then our media goes into overdrive and leaves no stone unturned to label it as ‘Hindu communalism’, holding BJP & Modi accountable. The contrasting coverage of the murder of Singhasan Yadav in Ghaziabad and Mohammad Akhlaq’s murder in Dadri, show exactly what is wrong with the public discourse in Bharat. What is making the issue worse is that Hindus have no effective leadership voice raising these gross violations of Hindu human rights occurring in Western UP, West Bengal, Kerala etc. While the entire spectrum of ‘secular’ & left-leaning political parties put aside their squabbles and joined hands to raise the deaths of Mohammad Akhlaq and Rohith Vemula in parliament, Hindu victims of Islamist and Marxist atrocities have gone unlamented.