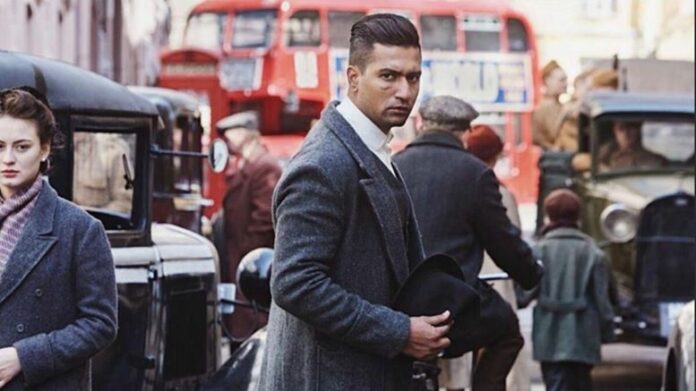 Sardar Udham is one of those rare Bollywood offerings that has dared to narrate the story of Bharatiya freedom struggle’s unsung hero Sardar Udham Singh. The film not making the cut as Bharat’s official entry to the Oscars and the reasoning given by one of the jury members speaks volumes about the continued mental slavery and colonized minds of some of the Bharatiyas in general and HINOs (Hindus in name only) in particular.

Sardar Udham won’t be sent to the Oscars

Tamil film Koozhangal has been chosen over Sardar Udham and 12 other films. While that in itself is not problematic, Indraadip Dasgupta reasoning that Sardar Udham was rejected not because of any cinematographic shortfalls but because it projects ‘hatred’ of British is outright appalling. For good measure, Dasgupta added that the Tamil film has no ‘agenda’ thereby indirectly insinuating that Sardar Udham has some ‘agenda’.

TOI quotes Dasgupta as saying “Sardar Udham is a well-made production with brilliant cinematography that lives up to international standards. “But it is a little lengthy and harps on the Jallianwala Bagh incident. It is an honest effort to make a lavish film on an unsung hero of the Indian freedom struggle. But in the process, it again projects our hatred towards the British. In this era of globalization, it is not fair to hold on to this hatred. Koozhangal, in contrast, is a truly Indian film with a global appeal. It has no agenda attached to it. It is the most honest film among all the contenders”.

There has generally been a marked shift in the attitude of Bharatiyas post-2014 with nationalism and appreciation of nationalist heroes seeing an upward graph. Yet, there is a section, aptly termed HINOs, that still believes in pandering to the west in typical Macaulayputra style. It is this brown sepoy attitude that is making jury members like Dasgupta interpret historical facts as ‘hatred’.

Small yet definite steps towards decolonizing are now being taken such as the much-needed revision of the history syllabus. However, HINOs would rather continue with their brushing the truth under the carpet routine than accept the fact that the majority of the country is ready to shed the colonial baggage.

It is probably an apt time to remind those cheering the colonial Raj that the brutal British colonial rule had killed at least 35 million of our countrymen just through 31 man-made famines over 120 years of British raj (compared with 17 famines in the 2,000 years before British rule) &  siphoned out $45 trillion from Bharat, leaving us a beggar state at the time of independence. US historian Will Durant wrote in 1930 “I was filled with astonishment and indignation at the apparently conscious and deliberate bleeding of Bharat by England throughout a hundred and fifty years. I began to feel that I had come upon the greatest crime in all history”.

Despite the British colonial rule having destroyed Bharat, jury members like Dasgupta are concerned about ‘hatred’ for the British. It isn’t the hatred for the British but the love and appreciation for the nation and national heroes that drives some of the Bollywood filmmakers to come out with films like Uri and Sardar Udham.

Bharat is changing and that appears to be unacceptable to HINOs. Bharat no longer wants to be tied down by anglophones but rather wants to reassert self-pride and tell stories that need to be told – Oscar or no Oscar and without the burden of having to please the erstwhile colonizers.