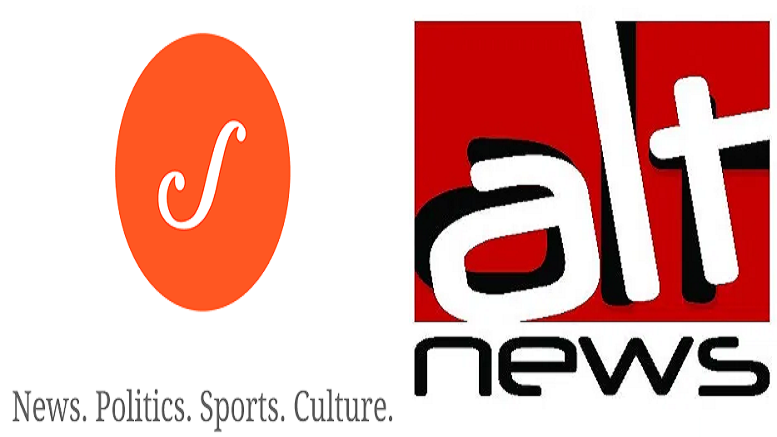 The rise of independent media in Bharat could have brought about a revolution. Even the independence of Bharat was helped by several vernacular and sometimes English newspapers. They forced the British to pass law after law, such as the Vernacular Press Act which was used for publications that refused to toe the line on the “Gagging Act” which required Bharatiya publications to get licenses from the colonial British government, and the Sedition Law.

A powerful institution, the media gained more power after independence. Unfortunately, this was followed by extremely controlled reportage and even misinformation by mainstream news houses funded largely by international interests, but so much has changed over the last two decades.

As more people become aware of such information, the rise in independent news media could have created an ecosystem of old-fashioned good journalism. What happened then?

The independent media that arose along with the rise of social media usage over the last decade was quickly latched onto by investors, this time based out of the United States of America instead of the Soviet Union, and used to disseminate nuanced lies and well-worded opinion pieces to further the sectarian divides that were already well-established in Bharatiya politics.

The issue here goes deeper than merely funding by foreign interests; the hidden, roundabout means of funding to keep ownership and investment deliberately opaque is necessary cause for concern. There are precedents of such investments in countries where regime change has been a matter of similar funding to NGOs and news media.

George Clooney’s investments in the Satellite Sentinel Project to monitor events, militia and dictatorships in Sudan and creating the international narrative about the country are in the open. As the son of a journalist, he admitted to doing so in order to protect the resources of oil-rich war-ravaged country. Self-styled protectors of democracy may not be good for Bharat’s sovereignty, though.

Pierre Omidyar, a highly successful businessman of Iranian origin and Buddhist ways, saw one of his first successes in e-Bay, the ecommerce platform that he created. Over the last twenty years Pierre Omidyar, who has been rather reclusive with regards to media presence, has created a veritable web of news media that he invests in.

As a tech entrepreneur and investor, he has been vocal about the Omidyar Foundation being a “company not a charity”. He even told Mohammed Yunus that he wouldn’t help those in need unless he could profit from it [2]. And yet, we see him painted in the garb of an ardent philanthropist who uses the Foundation for charity by news and media outlets such as Forbes.

What is most interesting about Omidyar is that he holds the rights to Snowden’s papers and has kept them from the world’s prying eyes. The colonial mindset of knowing what is best for the “common good” is not restricted to imperial rulers; the East India Company was also just a trading organization and only bowed to the Queen once they had established their firm foothold in the Indian colonies.

Omidyar’s investments have been directly responsible for funding New Citizen in Ukraine, the pro-regime change newspaper while funneling large amounts of money along with the USAID to engineer a coup that ousted the then President of Ukraine Viktor Yanukovich [1].

One of Omidyar’s first investments since his Foundation entered Bharat was short news curator DailyHunt. It was sold to a Goldman Sachs, among other investors. Funnily, it was Jayant Sinha, member of Modi’s cabinet who initially brought in the Omidyar Foundation and set it up in Bharat before leaving the organization in 2012.

Most prominent among Omidyar’s other investments into news media in Bharat includes the “independent” platform scroll.in. His investments also include NGOs, that all-encompassing term for do-what-you-want-as-long-as-you-have-the-money-to-do-it including investments in something called Association of Democratic Reform (ADR), since Americans now own the only definition of democracy. The ADR also received money from the Ford Foundation, while Ramachandra Guha is associated with it, as well as with the IPSMF.

The Independent and Public-Spirited Media Foundation (IPSMF) includes funds from Aamir Khan, Piramal Enterprises, and the Azim Premji Philanthropic Initiatives Pvt. Ltd. This association offers grants to independent news media across the spectrum of right to extreme left, but also funds sites like Alt News whose lies about covering up and misinforming Bharatiya about murder has been called out, but presents itself as a fact checking website.

It isn’t a very novel ploy, but Omidyar has insisted on curbing “fake” news, which, for the left in the US has come to mean any news disagreeing with their point of view. Scroll.in in based in the US, has very few details about owners and journalists on their websites and is being funded by a George Soros-like financial behemoth that keeps in the shadows as much as possible. They also come with a creative agenda, like so many other “independent media” organizations.

The omnipresent George Soros has also funded scroll.in to continue its anti-Bharat commentary garbed as sophisticated reporting. His Open Society Foundation which includes connections to Teesta Setalwad and employs Indira Jaisingh, as well as Manmohan Singh’s daughter Amrit Singh, is banned in Russia due to its traditional route of misinformation and for, as Opindia cites, manipulator of the global order.

As reported by Jeff Mowatt, what better way to increase dependency on international loans than by creating military conflicts [2]? While Bharat is not Ukraine, it bears to keep in mind that national security, strong borders and internal law and order are all undermined by identity-based narratives that have been the specialization of media, across the spectrum.

What remains to be done is to examine all information with complete context and refuse to translate dislike for a particular group of people with a different identity in politics, religion or language, into anti-national sentiment. There remains a certain intellectual inferiority complex among Bharatiyas.

Critical analysis from consumer perspectives and an understanding of who controls our worldview can prevent us going down a rabbit hole of identity politics while vested foreign interests continue to dominate our individual stories through skewed reporting. Reading two sides of the news may sound exhausting, but in the information age, may just prove to be an interesting exercise.

Scroll.in deserves your scrutiny for being run with an agenda born far away from Bharat’s shores, with little grounding in reality. It deserves your express investigation into why, we as an international power currently, must consume news from different nation, while no other country is comfortable doing the same.