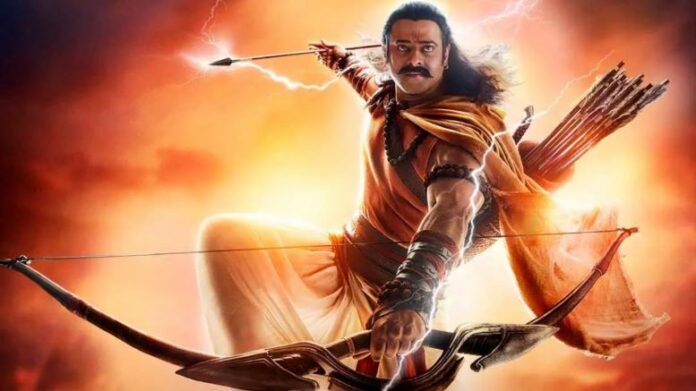 Expectations were running high from Om Raut’s Adipurush, a remake of Hindu Dharma’s first Mahakavya Ramayan. However, the trailer/teaser has turned out to be the biggest disappointment. Many Hindu leaders have spoken up against the mockery of Hindu deities in the movie.

The 1.46 minutes trailer was released on Sunday at a mega event. The makers reportedly spent close to 500 crores rupees on the visual effects (VFX) of the film. One would expect a decent output for such a huge amount but to call the visual effects amateurish would be an understatement. The backlash was so severe that Ajay Devgan’s VFX company NY VFXwaala issued a statement denying its association with the movie.

As one social media (SM) user pointed out Adipurush seems to be a “700 cr Temple Run”. I hope they push the release by a year and hope that some wonder kid from Red Chillies VFX (Shah Rukh Khan-owned VFX studio) or Prime Focus (again a renowned VFX studio) bless them by coming on board and make this abomination at least watchable on a big screen)”, opined an Instagram user.

The mischaracterisation of Hindu Mahakavya

“Adipurush is Raut’s take on the Ramayana by Valmiki. The film is set 7,000 years ago and, in the film, Prabhas’s character is not called Lord Ram, he is Raghav, which is another name for Ram”, say media reports. For someone who claims that his movie is based on the original Mahakavya, the characterisation is completely off track.

Mahabali Hanuman with a beard but without a moustache appears to be an Islamic character rather than Maharishi Valmiki’s Ram bhakt Hanuman.

Adipurush appears to be imitating Hollywood rather than sticking to Bharatiya itihas. The so-called asuras appear to be dementors from a Harry Potter film. Prabhu Sri Ram using leather is another blunder in detailing as is his hairdo during exile.

“After three days, I got a little stressed because I thought it is the most precious film for the country — can I do it? Om said not to worry and so it was a beautiful thing that happened. I think it’s the most prestigious film in my life. The way he designed the film was amazing, huge. And I think he made it very well”, Prabhas opined about Adipurush. However, the ‘prestigious’ film has turned out to be a cheap copy of Western movies, TV series and games.

The most disappointing characterisation was that of Ravan played by Saif Ali Khan. Khan looks more like an Islamic invader rather than Lankesh. He (Saif) is looking more like Babar or Aurangzeb or Taimur but certainly not Raavan”, one user said. “I mean seriously!!! Are they going to change the name of Ravan to Rizwan?? Who is styling his beard?? Javid Habib?? They have made him look like Alauddin Khilji,” opined another user.

Ravan is shown riding a hideous bat instead of his Pushpak Viman. He also doesn’t sport the tripund in some of the scenes.

The Western influence and colonial mindset

Adipurush comes across as an imitation of the West. This can be put down to the fascination today’s urban elites have with western ideas and lifestyle. The colonial mindset also colours our vision and understanding of our granthas. That’s why we see a lot of distortion in Dharmic TV serials too. When it comes to Ramayan, it is essential to stick to Maharishi’s original because he was a contemporary.