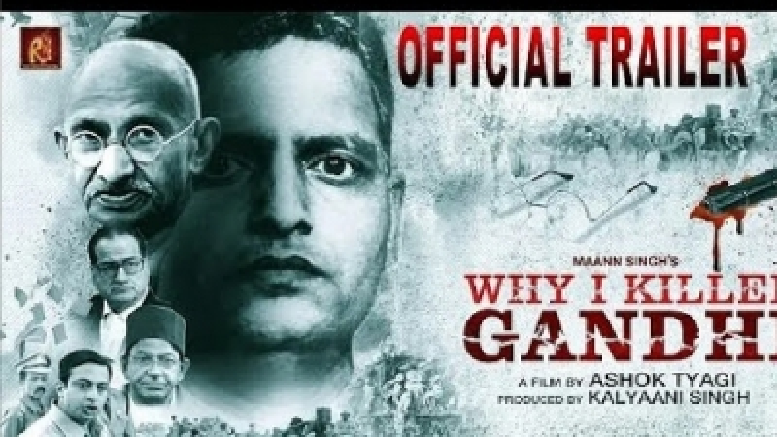 The Maharashtra Congress on Monday urged Chief Minister Uddhav Thackeray to ban the film “Why I Killed Gandhi”, set to release on various OTT platforms on January 30, the anniversary of Mahatma Gandhi’s assassination.

Similarly, the All India Cine Workers Association (AICWA) has written to Prime Minister Narendra Modi demanding a total ban on the film, which ‘seeks to glorify Gandhiji’s assassin Nathuram Godse, and its exhibition would shock the people’.

Shooting off a letter to CM Thackeray, state Congress President Nana Patole said Mahatma Gandhi’s ideology of truth, peace and non-violence is respected all over the world and his death anniversary is observed globally as the day symbolising his teachings.

“If the film ‘Why I Killed Gandhi’ is allowed to be released on the day of Gandhiji’s assassination, it would give strength to the fascist forces. Hence, we request you to kindly order a ban on the movie,” Patole said.

The AICWA sought a complete ban on the film’s release as it seeks to “glorifies Godse, a traitor and killer of the Father of the Nation”.

As the film ignited a massive controversy in state political circles last week, Kolhe said that he had acted in the film way back in 2017, and he had also informed the NCP leadership before leaving the Sena to join it.

Though the Congress has strongly opposed the film, the Shiv Sena has adopted a neutral stance, while the NCP feels it should be viewed creatively as a freedom of expression. The opposition BJP has said that there is nothing wrong if Kolhe plays the role of Godse.