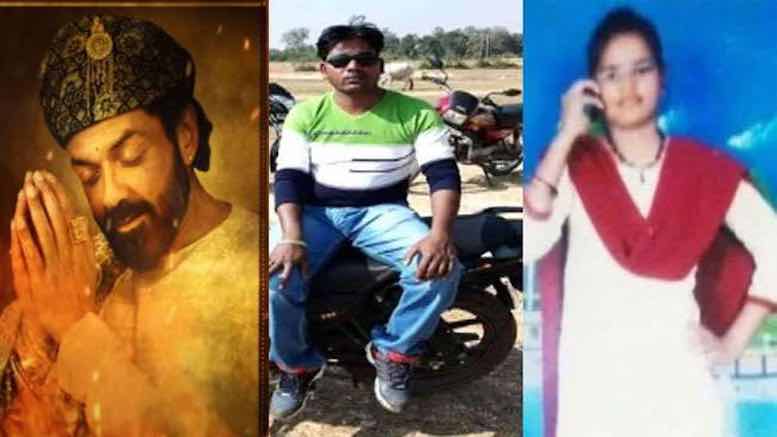 Sheikh Bilal, the man who beheaded a girl and dumped her naked body in Jharkhand was inspired by the MXPlayer web series ‘Ashram’, say investigators.

The girl’s body was recovered from Ranchi’s Ormanjhi area on 3 January and identified by her parents based on marks on her body. Bilal emerged as the key accused and he had been absconding until arrested recently. Police have recovered the murder weapon and victim’s burnt clothes from his house.

Investigators say that Bilal got the idea of murdering the victim, Sufia Parveen, and disposing of her body from the web series ‘Ashram’ where a girl is shown getting murdered and buried in the jungle in episode one. After strangling the victim, he chopped off her head by inflicting 15 blows to the neck area. The naked body was dumped in the jungle while the head was buried around 2 km away in his field.

This is the second murder in recent times where the accused has admitted to getting inspiration from a web series. Tauseef Khan, the stalker who murdered college student Nikita Tomar after she refused to convert to Islam and marry him, was admitted to being influenced by Amazon Prime web series Mirzapur where the lead actor is shown murdering the girl “he loves” because she rejects his proposal.

Ashram – yet another anti-Hindu web series

The ‘Ashram’ web series starring Bobby Deol (brother of BJP MP Sunny Deol) and directed by Prakash Jha (has unsuccessfully contested elections from Bihar in past on LJP and JDU tickets) depicts a fraud Hindu Baba who cons his followers and preys on young girls at his centre (ashram). The series is written by Habib Faisal, an alumnus of Jamia Millia Islamia.

It has been said that the ‘Ashram’ series is based on the real-life actions of Gurmeet Ram Rahim Singh, jailed leader of the Dera Sacha Sauda (DSS) religious organisation which stresses on universal brotherhood. Singh was convicted of rape and murder and sentenced to 20 years prison in 2017. Born into a Sikh family, Singh was initiated into the DSS at an early age.

But the conman Baba shown in ‘Ashram’ is clearly Hindu, and several Hindu practises have been denigrated or mocked in the show. A case has been lodged against the web series’ makers in a Jodhpur court for hurting Hindu sentiments. The PR team of the show however seems to be taking delight in its anti-Hindu positioning, recently posting a mocking tweet against bhakts (Hindu devotees).

As always, all the bravado of such creative folk disappears if they are asked to broach more serious and widespread issues like the sexual exploitation and indoctrination of children in madrassas, or the child sexual abuse and exploitation of nuns epidemic among Christian clergy.

Web series have become a vehicle for not just demonising Hindu Dharma, but for promoting violence, abusive language, obscenity and every kind of degeneracy possible – all in the name of realistic art and freedom of expression. The revelation in this Jharkhand murder case becomes one more reason for the I&B ministry to act without any further delay on regulating OTT / web series content.