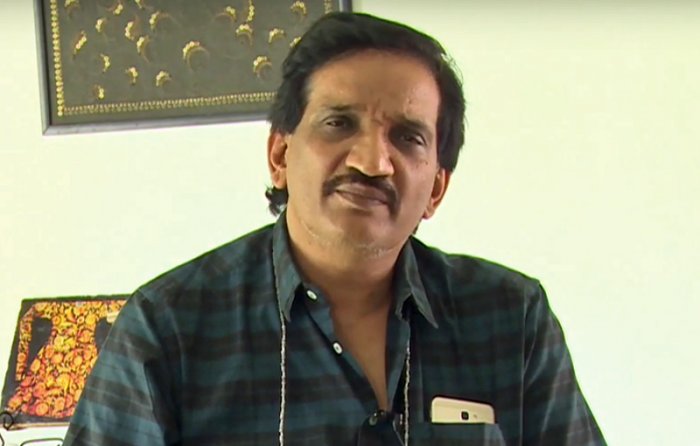 Dr. P.A. Fazal Gafoor is the President of The Muslim Educational Society (MES) which is based out of Kozhikode in Kerala. He is also a practicing neurologist. MES has schools, colleges, orphanages and hostels all over Kerala, neighbouring states and in many middle east countries as well. The MES had last year issued a circular which banned the Niqab (veil worn by Muslim women to cover the face) in all 150 educational institutions controlled by it. Dr. Gafoor is often invited to prime time debates by Kerala news channels & showcased as an ‘impartial political observer’.

Now, the same Dr. Fazal Gafoor has openly challenged the writ of not just the Parliament of Bharat, but its independent judiciary as well.

We are preparing ourselves for the second phase of #CAAProtests if SC verdict is against them. No court in the country is bigger than the might of these protestors. We are ready with our weapons & are identifying the targets ~ Dr Fazal Gafoor, President Muslim Educational Society pic.twitter.com/ALov2ISBKf

In an interview to a local TV news station, he said, “If the (supreme) court verdict is against the CAA protestors the tone of strikes in Kerala will change. Everybody is getting ready now. Arrows/ missiles have been accumulated. When and towards which direction they have to be used is the only dispute that remains. Court verdict is not the only expectation. People are above the courts and judiciary. We have proved that in the past. The will of the people is the most important factor.”

It is clear that Dr. Gafoor is inciting anti-CAA protestors to resort to violence if the Supreme Court upholds the validity of CAA after hearing the batch of 144 pleas challenging the Act. A 5-judge Constitution Bench should start hearing the pleas later this month. Constitutional law experts like Harish Salve have said that CAA is not violative of any article of the constitution. It appears that the only “will of the people” which matters for the likes of Dr. Gafoor is the will of people like himself.

What he is saying has clear parallels with the open threat issued by SDPI (PFI’s political arm) national president M K Faizy that “we will take you down with us” during an anti-CAA rally in Kozhikode. Faizy warned that Indians cannot live in peace without “the cooperation and approval” of Muslims.

The Bharatiya Janata Yuva Morcha has initiated legal action against Dr. Gafoor and a complaint has been registered with the Director General of Police (Kerala). BJP MP Shobha Karandlaje also questioned why Kerala CM was silent over such seditious comments.

The MES President has a history of supporting the Islamist cause. In 2010, at an event organised by the terror-linked Islamist outfit PFI at Coimbatore, he gave a speech on how Islamists should aim to grab power.

“Congress is B-team of BJP/RSS….CPM is dominant party in Kerala with just 32% vote share, Muslims are 26% of the population…this is our golden opportunity. Hindus should be divided and the scheduled caste must be plucked away. That is how we can grab power and defeat all national parties. The leadership for this task should be provided by the Popular Front of India,” was the doctor’s advice to workers and leaders of the PFI amidst rapturous applause. The speech had gone viral back then but the doctor still managed to maintain his ‘secular/neutral’ facade in mainstream media news shows. He later tried to explain his speech by claiming he was just ‘educating the audience on statistics’.

CAA and NRC have well and truly exposed the masks worn by many educated and articulate closet-Islamists. Dr. Gafoor joins the ranks of JNU scholar Sharjeel Imam, senior journalist Arfa Khanum Sherwani and several others. He has crossed the limits of tolerance by blatantly opposing Bharat’s legal system and our constitution. The general public in Kerala was not aware of his past and they were under the false impression that Dr. Fazal Gafoor is a moderate and forward thinking muslim. Now many have started to rethink what his priorities are and why he has become such a blatant religious fundamentalist.