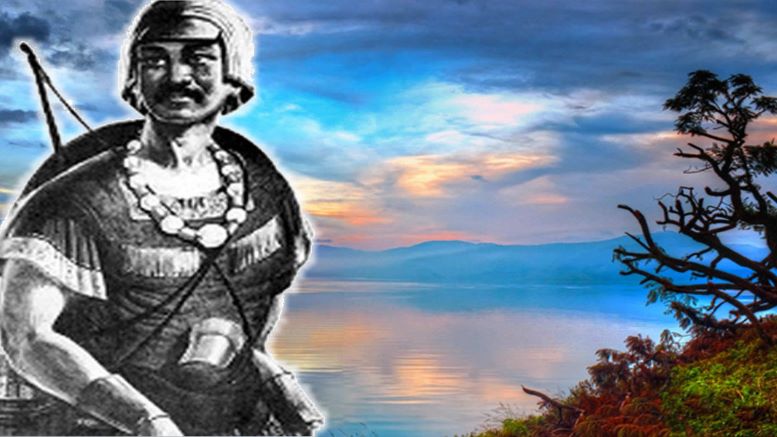 King of Khasis Tirot Sing is one of the many heroes who has been denied his rightful place in Bharatiya history textbooks. He is a legendary and heroic freedom fighter from North-East Bharat who fought the British using guerrilla warfare in a bid to safeguard the interests of the indigenous Khasi people.

Sing who belonged to the Syiemlieh clan was the king of the Khadsawphra Syiemship as well as the constitutional head (Syiem or chief) of Nongkhlow, which forms a part of the Khasi hills, in the early 19th Century. Of the 25 small states in the Khasi Hills, 15 were governed by Syiems chosen by popular election.

His mastery of guerrilla warfare tactics along with the ability to organize his Khasi warriors played a great role in helping him take on the British. He was an inspirational leader who was fully aware of the necessity of gathering intelligence to facilitate decision-making. He was also an adept tactician and organizer.

Background of the Anglo-Khasi war

The 1826 Yandabo treaty brought the Anglo-Burmese war and thereby the Brahmaputra valley passed under British control. This facilitated British entry into Assam and other parts of the North East.

David Scott was the Governor-General’s agent for the whole eastern region which included Silchar in Assam to Sylhet (now in Bangladesh) in the south and up to Sikkim in the north. Additionally, he also served as the Special Civil Commissioner of what is today Goalpara and Garo Hills as well as the Sylhet district’s Circuit and Appeal judge.

Scott intended to lay a direct transportation and communication route connecting Assam and Surma valley. He sought to build a road from Guwahati to Sylhet thereby cutting down travel time through the malaria-infested densely forested region.

This was not only the fastest route to Sylhet but also to Bengal and hence also keep the British connected to the rest of the country. The road had to be laid through Meghalaya which was under the control of Tirot Sing. Scott, therefore, decided to approach Tirot and arranged a meeting to seek Sing’s approval.

Tirot Sing was a popular leader with the best interests of his people at heart. He was, therefore, receptive to Scott’s idea of constructing a road that connected Guwahati with Sylhet.

Sing felt that the road would be beneficial to him and his people as they would gain access to the passes in Assam and a thriving trade route up to Surma Valley now located in Bangladesh. With this intention, Tirot Sing and other chiefs held an assembly with David Scott in the year 1827.

There was an intense discussion among the chiefs following which the approval was given for the construction. The road was to run from Rani near Guwahati to Surma Valley passing through Nongkhlow. The officers were initially very cordial with the locals and maintained friendly relations with them.

Tirot Sing learns of the ulterior motives of the British

The Khasis came to know of the ulterior motives of the British when a Bengali peon informed them of the same and said that the latter also intended to levy taxes on the locals in addition to subjugating them once the construction was completed.

At the same time, Tirot Sing learned that reinforcements had been called in from Guwahati. Tirot called another meeting of the chiefs and ordered the British to leave Nongkhlow but the latter didn’t comply.

Angered by the attitude of the British, on 4 April 1829 Tirot Sing launched an attack on a small group of British officers. Lt Bedingfield was murdered after being lured into a meeting while Lt Burlton was overtaken and killed as he attempted to escape towards Guwahati.

The sudden turn of events led the British to call for troops from Sylhet and Kamrup to quell the rebellion. Under the leadership of Tirot Sing, the Khasis continued to resist the British using guerrilla warfare. The hilly terrain offered them an advantage but ultimately their bows, arrows, and swords were no match for the sophisticated weapons of the British.

However, the British didn’t gain an easy victory as the Khasis continued to put on a stiff resistance for four years despite being in a disadvantageous position. As the conflict continued to drag, several chiefs surrendered.

Tirot Sing, who was injured, took refuge in the nearby caves. He was, however, betrayed by a native who had been bribed by the British to give away Sing’s hideout. Sing was forced to surrender on 9 January 1833. Sing was subsequently deported to Dhaka where he was held in captivity till his death on 17 July 1835.

Meghalaya government declared 17 July as Tirot Sing Day in honor of the heroic freedom fighter. The state has also instituted a prestigious award Tirot Sing Award for Arts and Literature in his name. A commemorative stamp has also been launched in Sing’s memory.

Every year on his death anniversary the locals honor his memory by placing wreaths at the U Tirot Sing Memorial located in Mairang Town.

The cave situated in West Khasi hills where Tirot Sing took refuge while being hunted down by the British has been preserved as a memorial and trekkers often visit this place. It offers a scenic vista in addition to giving a glimpse into history.

It is high time that the contributions of freedom fighters such as Tirot Sing are mainstreamed.